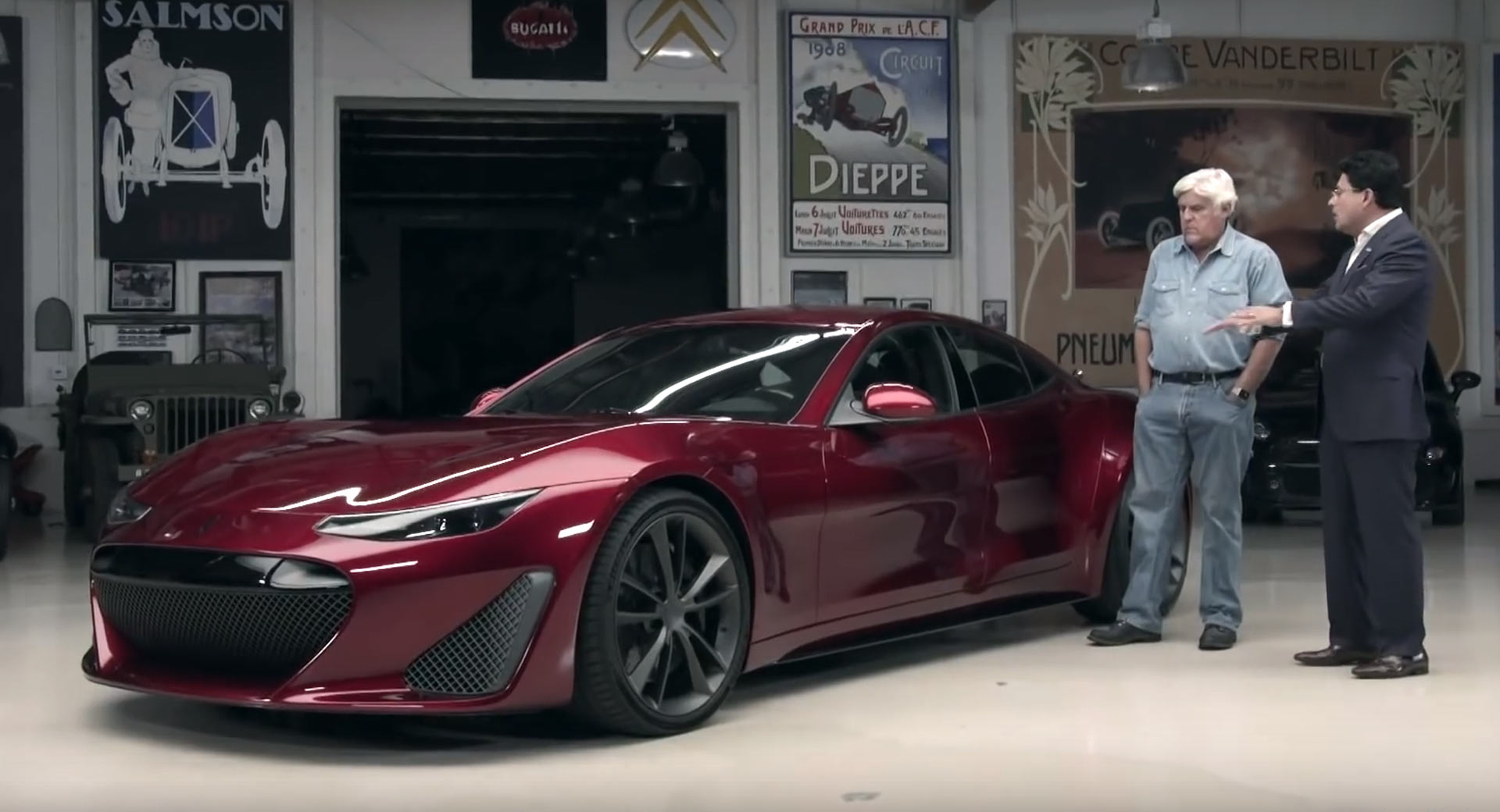 The Drako GTE may look like one of the most intriguing electric vehicles currently on the market but when Jay Leno had the chance to check it out for the latest episode of Jay Leno’s Garage, he didn’t seem all that impressed by it.

The most important thing to note about the GTE is that while it features an eye-catching design and sleek bodywork, it’s not actually an all-new car. In fact, it is based around the defunct Fisker Karma, a vehicle that encountered its fair share of issues when it was being built.

During the video, Jay has the opportunity to speak with Drako’s co-founder and vice president Shiv Sikand. Leno admits that he hadn’t heard of Drako until the car itself rolled into his garage and appears quite surprised when Sikand reveals that it is based around a 2012 Fisker Karma, something he seemed to reveal rather reluctantly.

Admittedly, the Drako GTE does feature all-new mechanical components over the Karma. For example, there is a bespoke 90 kWh battery pack incorporated into the floor as well as four electric motors that produce a combined 1,200 hp and 6,491 lb-ft (8,800 Nm) of wheel torque. That’s a serious amount of grunt but when Leno gets behind the wheel and stabs the throttle, he asks “Are we getting the full 1,200 hp now?” to which Sikand responds “You are.” Leno replies with “It doesn’t feel like it.”

Priced at $1.25 million, the Drako GTE is one seriously expensive car. The company intends on selling 25 units. Will it be able to find that many buyers? We’re not convinced.