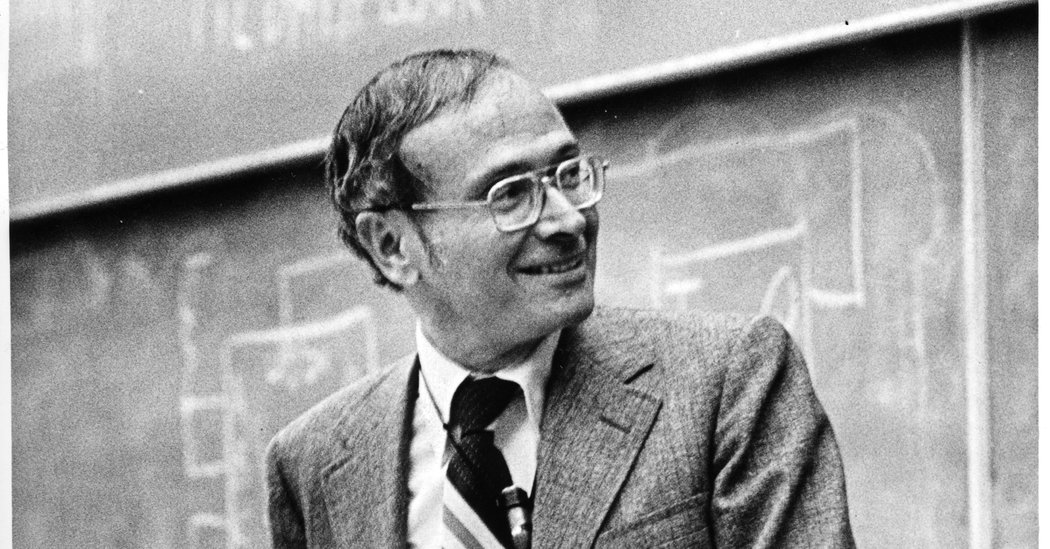 Frank Press, who was a key voice in American science policy as chief science adviser to President Jimmy Carter and then as president of the National Academy of Sciences, promoting international cooperation at a time when Cold War tensions still predominated, died on Wednesday in Chapel Hill, N.C., where he lived in a retirement community. He was 95.

Dr. Press, a geophysicist by training, was a professor at the California Institute of Technology in 1956 when he began consulting for the federal government — first for the Navy, then the United States Geological Survey, the State Department, the Department of Defense and the National Aeronautics and Space Administration, among other agencies.

President Carter named him director of the Office of Science and Technology Policy in 1977. In that role he was the president’s top science adviser, concerned with ensuring that the United States stayed at the forefront of scientific research and with pursuing international alliances and agreements. He had previously worked on a nuclear test-ban treaty with the Soviet Union.

“Cooperation among scientific communities in all countries will become even more important in the years ahead as the problems we face increasingly will transcend national boundaries,” he prophetically told a dignitary-filled banquet in Beijing in July 1978, at the end of a visit to China aimed at breaking down barriers.

Dr. Press’s son, a noted scientist himself in astrophysics, computational biology and other fields, said in an email that his father had been “proudest of his role in opening the U.S. to Chinese students, many thousands of whom have stayed to become American citizens.”

“That is of course controversial in some circles right now,” he added, “but I don’t think that Frank would change his mind on it.”

In a 2013 speech, Mr. Carter described how that influx of Chinese students came about.

“A president, when he’s sleeping in the White House, is rarely disturbed unless there’s some crisis that arises, something that he needs to address that won’t wait until morning,” Mr. Carter said. “One night, Rosalynn and I were sleeping in the bedroom and the phone rang about 3 o’clock in the morning, and I thought, ‘Oh, my, there’s a tragedy somewhere in the United States.’”

He was surprised to find Dr. Press on the line.

“I said, ‘Frank, what’s happened, another Mount Etna or something like that exploded?’” Mr. Carter recounted. “He said, ‘No, I’m in China with Deng Xiaoping,’” the Chinese leader.

“He said, ‘Deng Xiaoping insisted I call you now to see if you would permit 5,000 Chinese students to come to American universities,’” Mr. Carter continued. “And I was very angry. I said, ‘Tell him to send a hundred thousand,’ and I slammed the phone down. Within five years, we had 100,000 Chinese students with us.”

Frank Press was born on Dec. 4, 1924, in Brooklyn to Solomon and Dora (Steingolz) Press. His father bought and auctioned off small businesses, and his mother was a homemaker.

Dr. Press grew up in New York and earned a bachelor’s degree at the City College of New York in 1944. He did his postgraduate work at Columbia University, earning a master’s degree there in 1946 and a Ph.D. in geophysics in 1949.

In 1946 he married Billie Kallick, who had grown up in Brooklyn and became a prominent figure in early childhood education. She died in 2009.

Dr. Press taught geophysics at Columbia from 1949 to 1955, then moved to the California Institute of Technology, where he taught until 1965. For much of that time he directed the Seismological Laboratory, where Charles Richter and Beno Gutenberg had developed the earthquake-measuring scale named for Richter.

Dr. Press helped apply early computer technology to measuring earthquakes and worked to improve monitoring equipment and to develop a worldwide network of monitoring devices. He was among the scientists who brought this equipment to bear on measuring the explosions from nuclear testing.

Dr. Press was a member of the glaciology and seismology panel of the International Geophysical Year observance, which in 1957 and 1958 focused on seismology and oceanography, among other fields. Antarctica was one area of his research, and Mount Press, a peak there, is named for him.

In September 1962, Life magazine singled out “a red-hot hundred” — 100 relatively young men and women who, the magazine said, had already made a mark on the world. Dr. Press, then 37, was on the list, along with Edward Albee, John Updike, Philip Roth, Leontyne Price and John V. Lindsay, the future mayor of New York.

By then Dr. Press was well respected in government circles for his advisory roles, which included serving as chairman of the United States delegation to nuclear test-ban talks in Geneva in 1960. (A limited test-ban treaty was eventually signed by the United States, the Soviet Union and other countries in 1963.)

In 1965 Dr. Press moved to the Massachusetts Institute of Technology. He remained there until President Carter, who had studied engineering and had a keen interest in science, brought him to the White House. He sat in on cabinet meetings and had ready access to the president.

“Increasingly,” The Boston Globe said of Dr. Press in 1978, “Carter has sought his scientific counsel on problems ranging from the budget and national security to U.F.O.s and the mysterious atmospheric booms off the East Coast.”

After Mr. Carter left office in 1981, Dr. Press became president of the National Academy of Sciences, serving until 1993.

Although he supported international cooperation in many scientific areas, Dr. Press was not shy about protesting the actions of other countries. In 1984 he had the academy postpone talks on cooperation with the Soviet Union because of that country’s treatment of Andrei Sakharov, the dissident Soviet physicist.

In 1994 Dr. Press was awarded the National Medal of Science.

In addition to his son, he is survived by a daughter, Paula Press; two grandchildren; and two great-grandchildren.