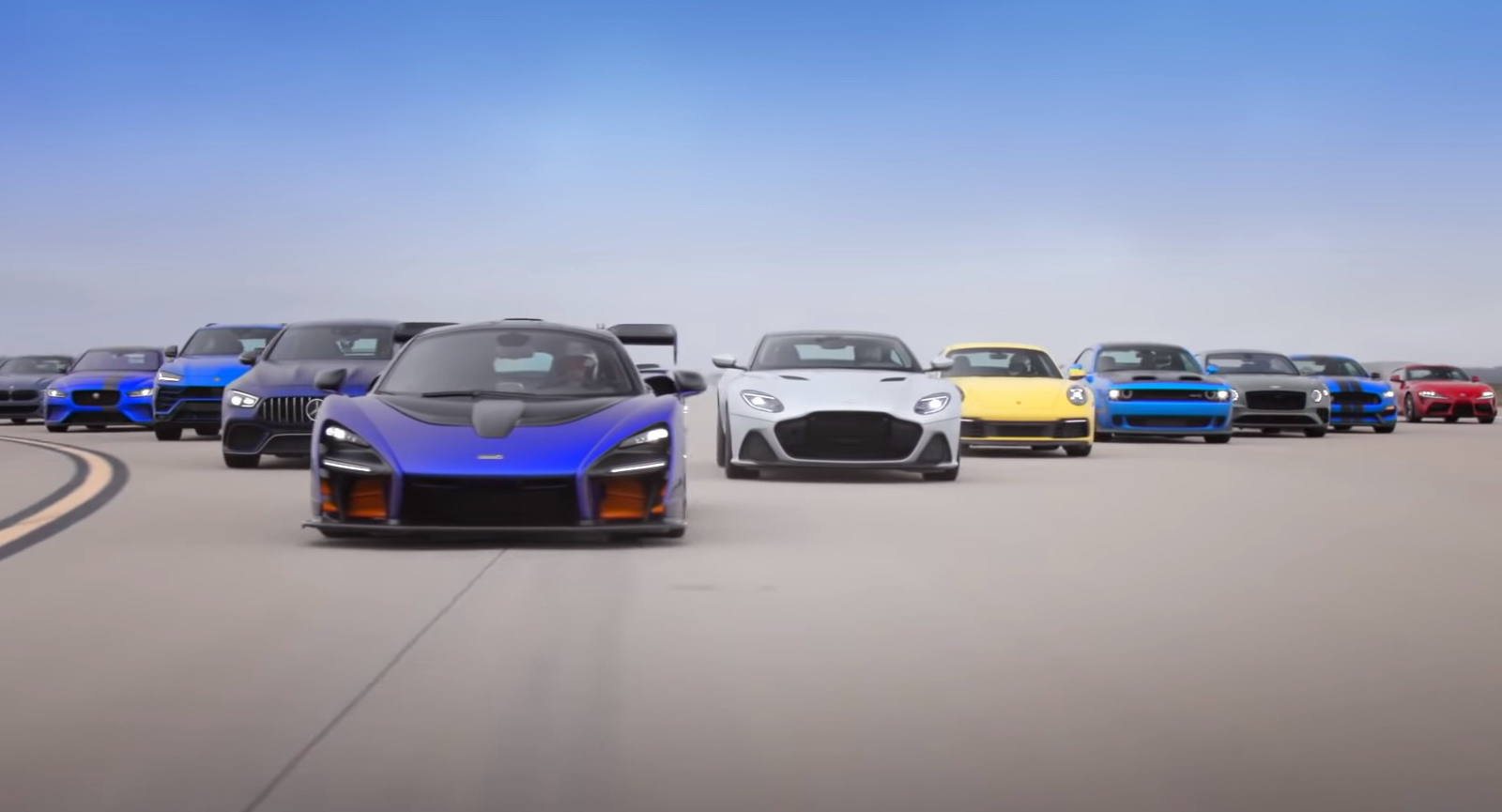 The annual World’s Greatest Drag Race returns, with MotorTrend gathering 12 of the fastest new cars on the Vandenberg Air Force Base’s huge runway to settle their differences over a half-mile sprint.

The real battle to watch out for is behind the Senna, as there are eight cars here capable of doing the quarter mile in the 11s. These include the Lamborghini Urus, the Bentley Continental GT, the Jaguar XE SV Project 8, the Dodge Challenger Hellcat Red Eye and more.

But the biggest surprise of this World’s Greatest Drag Race? It has be that Porsche 911 Carrera 4S. Despite lacking massively in power compared to most of the cars here, the new 911 was simply breathtakingly fast, demonstrating Porsche’s know-how in setting up a launch control and in dual-clutch transmissions among other things.

A ‘regular’ Carrera 4S doing the quarter mile in 11.2 seconds? Imagine what the upcoming 911 Turbo models will be like.