The 2021 Kia Sorento has been caught undisguised during a photo shoot in California.

Looking far more upscale than its predecessor, the redesigned crossover has an edgier grille which flows into the headlights. The latter feature three prominent lighting units which reside above stylish LED daytime running lights.

Further below, there’s a new bumper with angular accents and vertical air intakes.  We can also see a faux skid plate and horizontal fog lights. 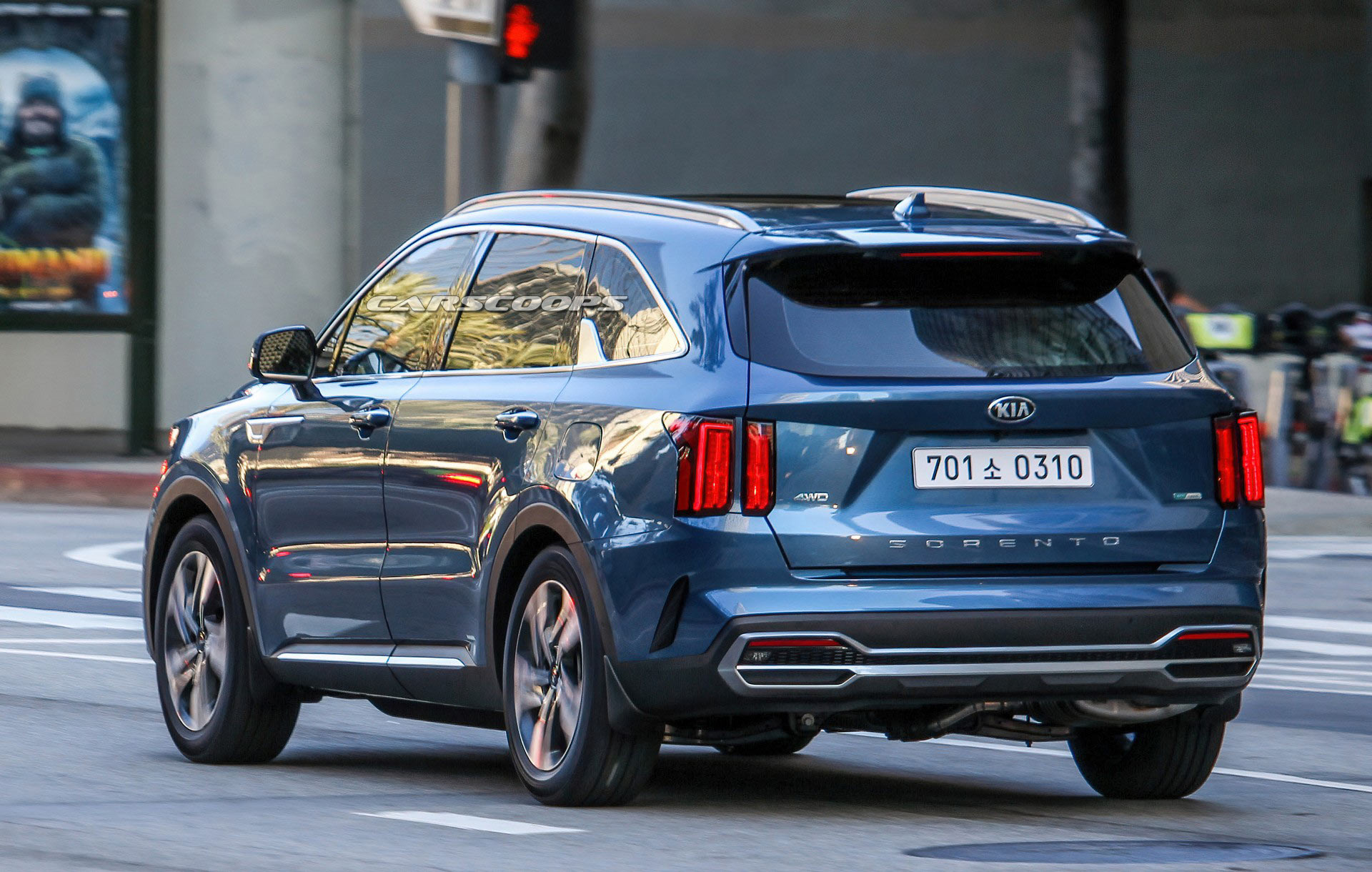 Elsewhere, designers added a bulging hood, plastic body cladding and a silver accent on the front fenders.  The influence of the Telluride is also visible as there’s metallic window surrounds and a pronounced accent on the C-pillar.

Other notable highlights include streamlined body, a curved shoulder line and a gently sloping roof.  The latter is topped by roof rails that appear to feature metallic accents.