New Audi vehicles have started to interact with traffic lights in the German city of Düsseldorf to help drivers catch green lights.

The Audi Traffic Light Information system includes two main functions: Green Light Optimized Speed Advisory (GLOSA) and Time-to-Green. GLOSA is perhaps the more intriguing of the two as it calculates the ideal speed for drivers to catch as many green lights as possible on their trip – or as Audi dubs it, a “green wave.”

In addition, GLOSA can suggest reducing speed gradually roughly 250 meters ahead of the traffic lights so the Audi driver reaches the intersection just as the lights turn green.

Related: Your Audi Will Now Tell You How Fast To Go To Avoid Red Lights 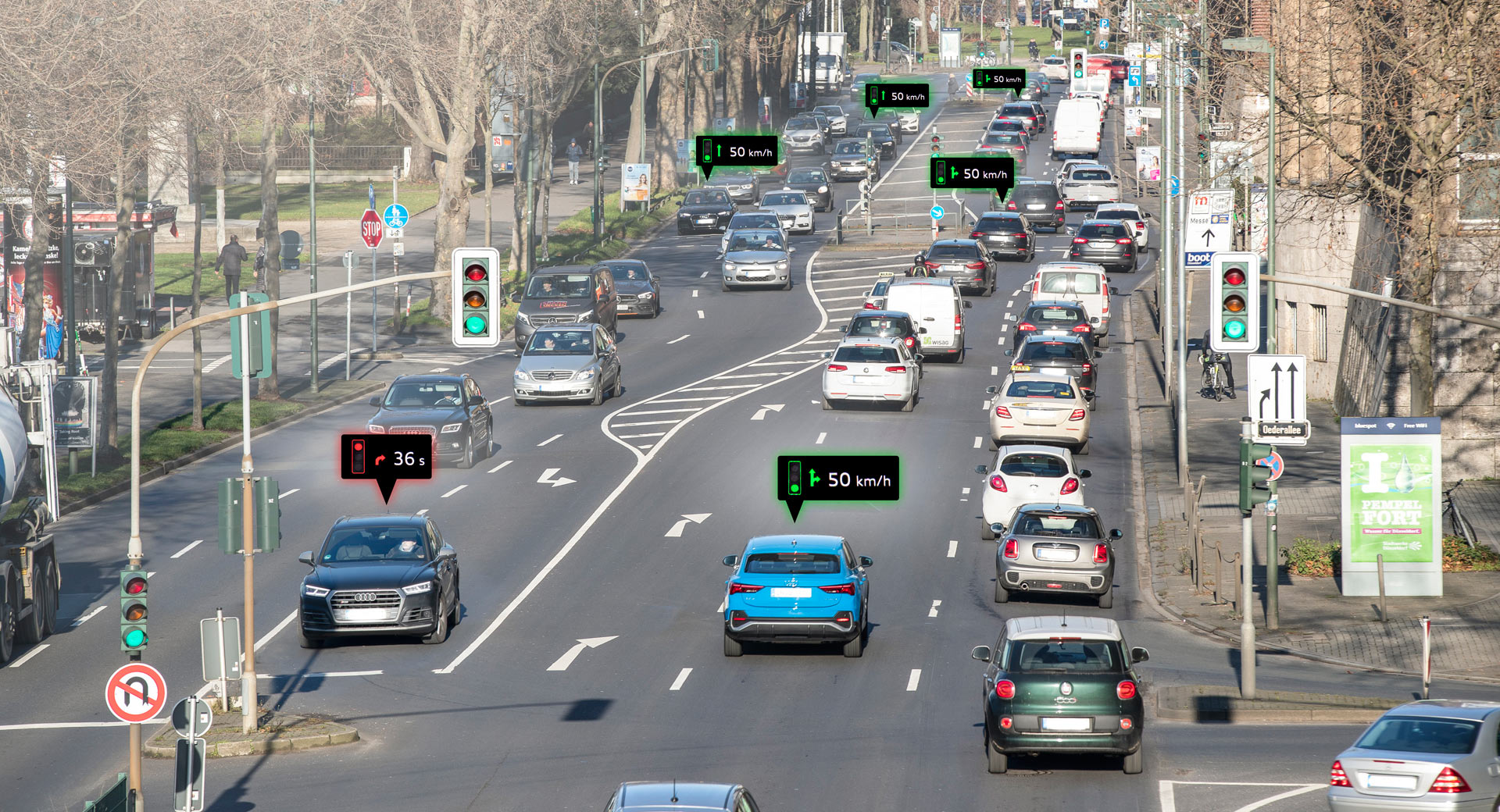 The second function, Time-to-Green, will show a countdown in the car that displays the seconds remaining until the next green phase begins, should a driver get stuck at a red light. Audi says that drivers move through cities more efficiently thanks to networked traffic lights and in a pilot project, the automaker was able to reduce fuel consumption by 15 per cent thanks to such systems.

“With Audi Traffic Light Information we wish to improve convenience for drivers, increase traffic safety and encourage an economical style of driving that looks ahead,”said Andre Hainzlmaier, head of development for Apps, Connected Services and Smart City at Audi. 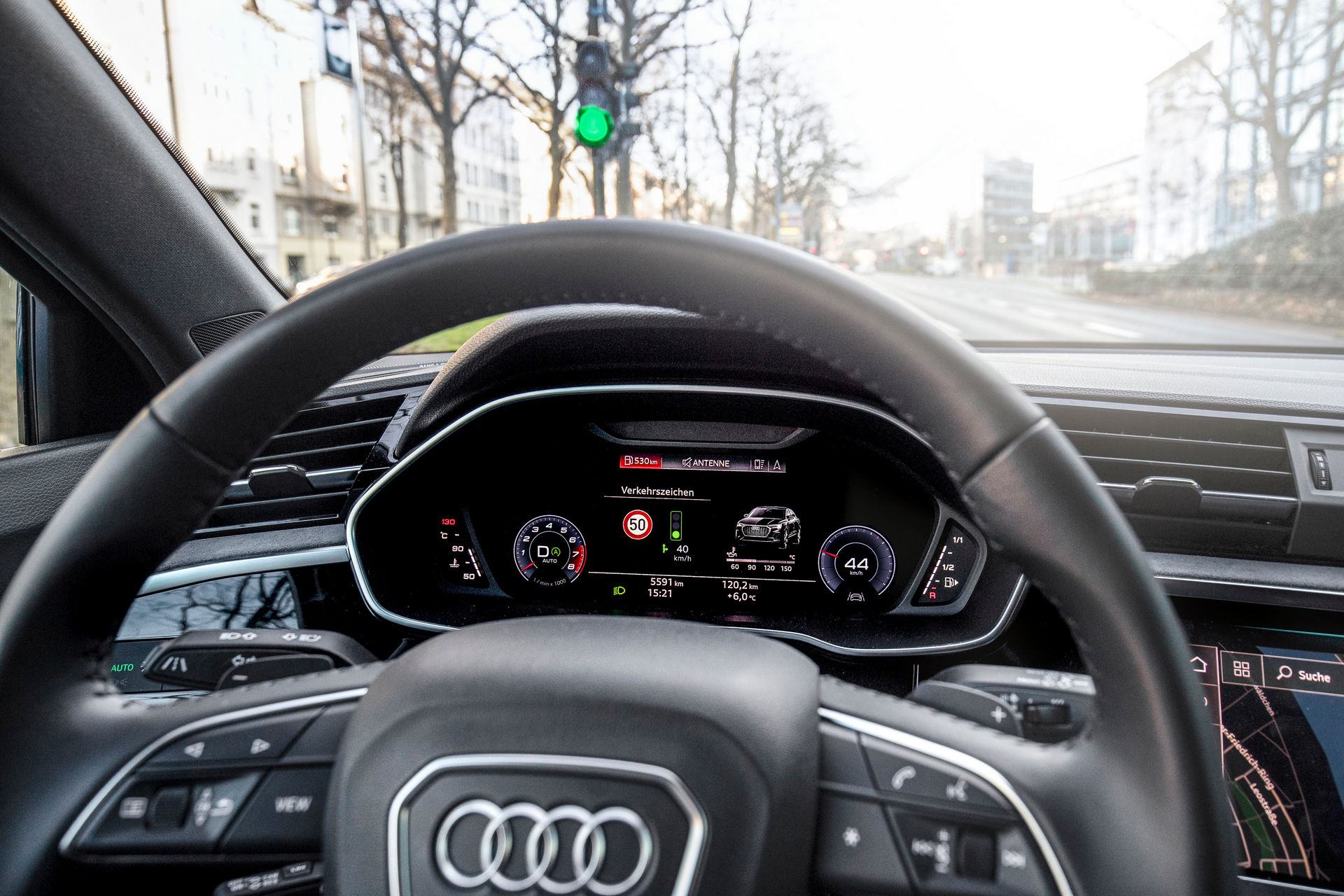 “To do this, we have to predict precisely how traffic lights will behave in the next two minutes. At the same time, exact forecasts are the biggest challenge. Most signals react variably to traffic volume and continuously adapt the intervals at which they switch between red and green,” he added.