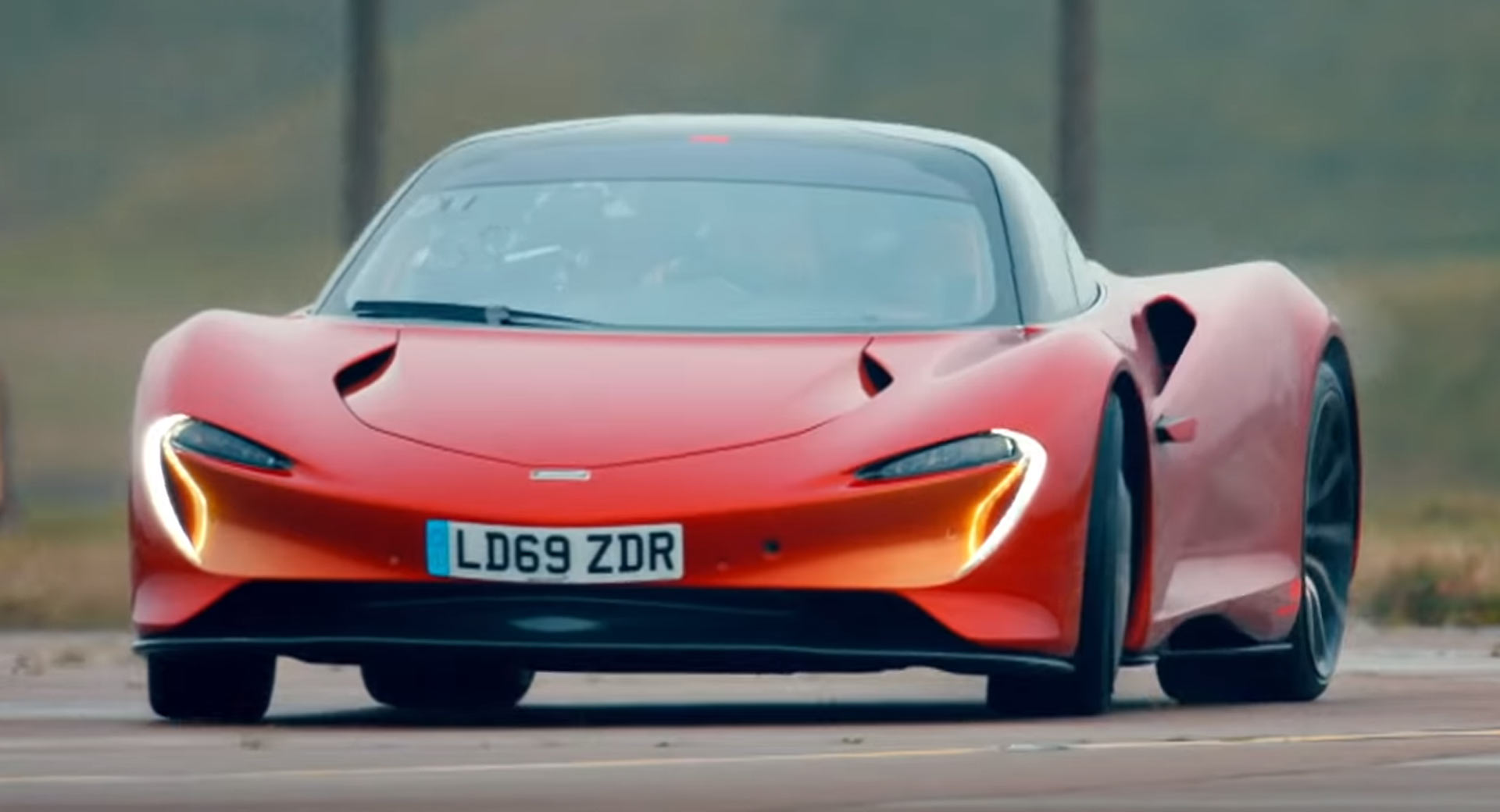 Development of the McLaren Speedtail is ongoing and even though customer deliveries have yet to commence, Chris Harris had the opportunity to test the car during Top Gear’s current 28th season. What does he think of the hyper-GT?

The veteran automotive journalist has been an outspoken critic of all the fancy, multi-million dollar hypercars in recent years but is very fond of the Speedtail, applauding McLaren for making something a little different than other top speed-chasing hypercars like the Bugatti Chiron and Koenigsegg Regera.

The Speedtail driven by Harris is McLaren’s PP2 experimental prototype, the same car that our spy photographers snapped testing in Southern Europe last year. Harris says that the car has over 20,000 miles (32,000 km) under its skin and is an absolute weapon in a straight line.

During his test of the car, Harris pushed it to beyond 225 mph (362 km/h) and says that even at those speeds, “it was pulling hard.” The Speedtail isn’t just a straight-line warrior as through the corners, Harris says it’s about 85 to 90 per cent good as a 720S.