The new generation Kia Sedona that’s also known as the Carnival in overseas markets, has made its spy photo debut, with our man behind the lens spotting a prototype of the minivan testing in northern Europe.

With most of the exterior design wrapped up in camouflage, it does a good job at hiding the changes, until you look at the overall proportions, which seem almost identical. The boxy styling carries over, yet we can expect a more aggressive design at both ends, in addition to a refreshed color palette and new wheels.

Inside, Kia’s Chrysler Pacifica rival will continue to offer plenty of space for occupants and will be able to keep the rear passengers busy on long journeys with the optional entertainment system which, in the 2019 model year, includes two 10.1-inch touchscreen displays, alongside upgraded hardware and smartphone integration. Leather upholstery, multi-zone climate control and lots of storage spaces, alongside the generous boot space, will keep it family friendly. 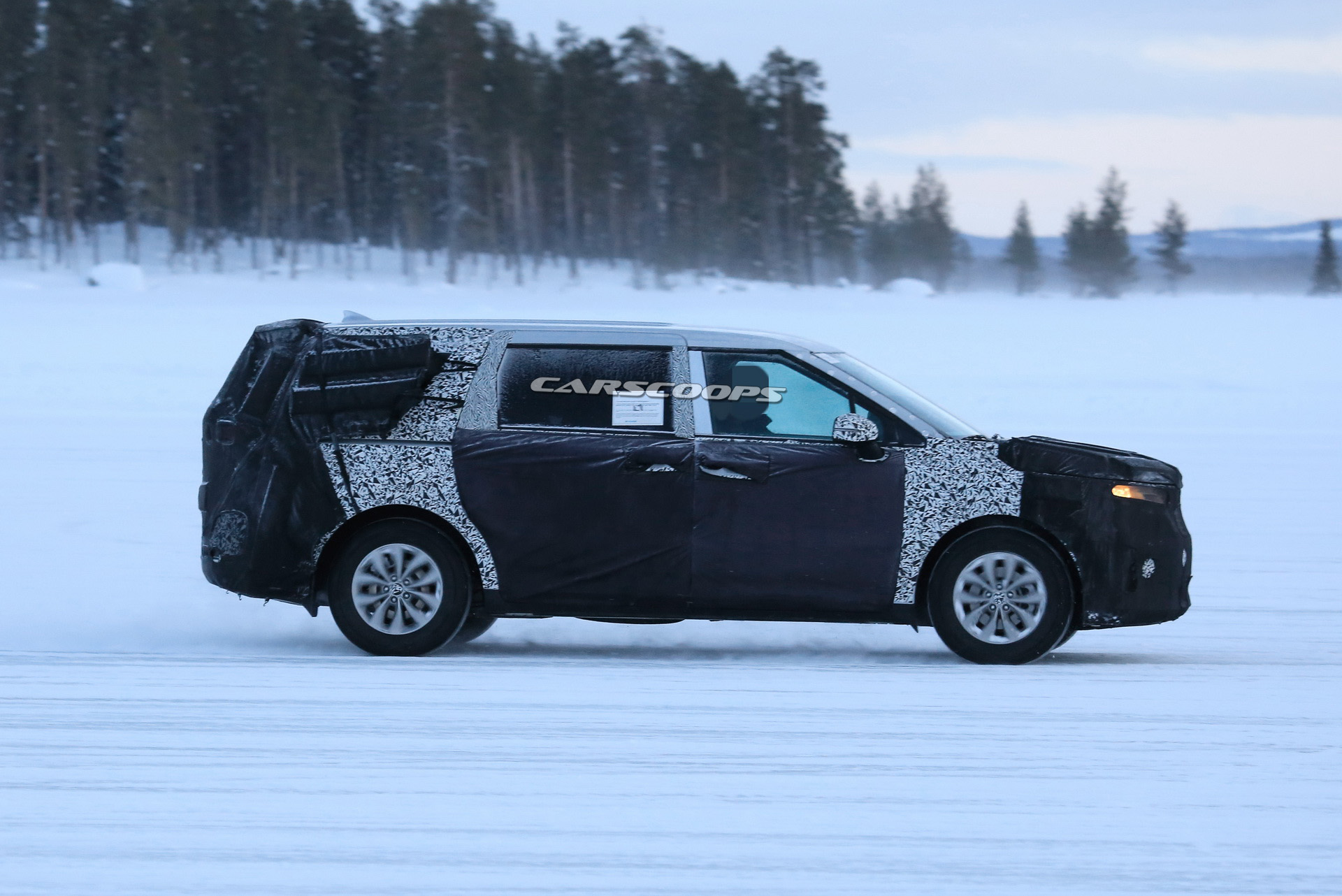 The 2021 Sedona / Carnival is tipped to retain the platform of the third-gen Sorento and Hyundai Santa Fe, with a few updates. Details surrounding the engine family are scarce, yet we wouldn’t be surprised if the U.S.-spec will carry over with the 3.3-liter V6, making 276 HP (280 PS / 205 kW) and 248 lb-ft (335 Nm) of torque in the facelifted iteration, paired to an eight-speed automatic transmission.

Look for the new generation Kia minivan in dealerships in the second half of the year or in early 2021, subsequent to a rumored world premiere at the 2020 New York Auto Show in April.