Launched in 2012 and facelifted in 2016, the second-generation Dacia Sandero will soon exit the stage to be replaced by a much more modern successor.

We’ve already seen prototypes of the third-generation Sandero undergoing testing but this is the first time our photographers snapped the budget subcompact in the snow. While that’s nothing out of the ordinary, a closer look at the car reveals that the camouflage has thinned out on the front bumper and bonnet.

This allows us to spot parts of the upper grille, the entire lower grille, a portion of the bumper featuring new fog light trims and the cutouts for the headlights. 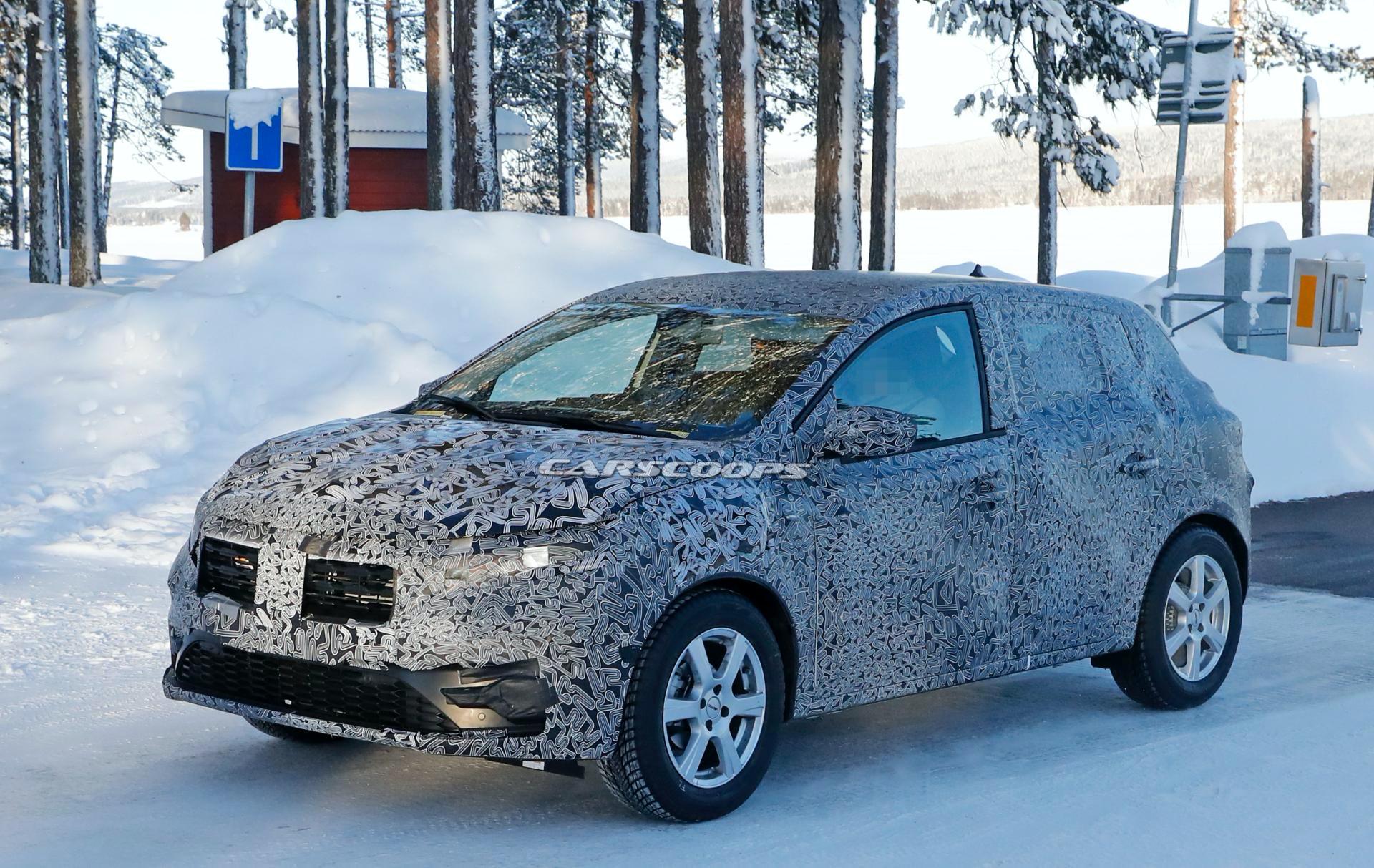 As you can see, the lower grille is completely uncovered, revealing a sporty shape with a honeycomb mesh. The upper grille appears to adopt a similar design to the new Duster, including the way it intertwines with the headlights.

Unfortunately, the rest of the bodywork remains heavily camouflaged, including the headlights and the taillights. Still, judging by the visible LED signatures, the lights are probably in production guise. Elsewhere, the Sandero continues to feature padding, especially on the bonnet and doors. 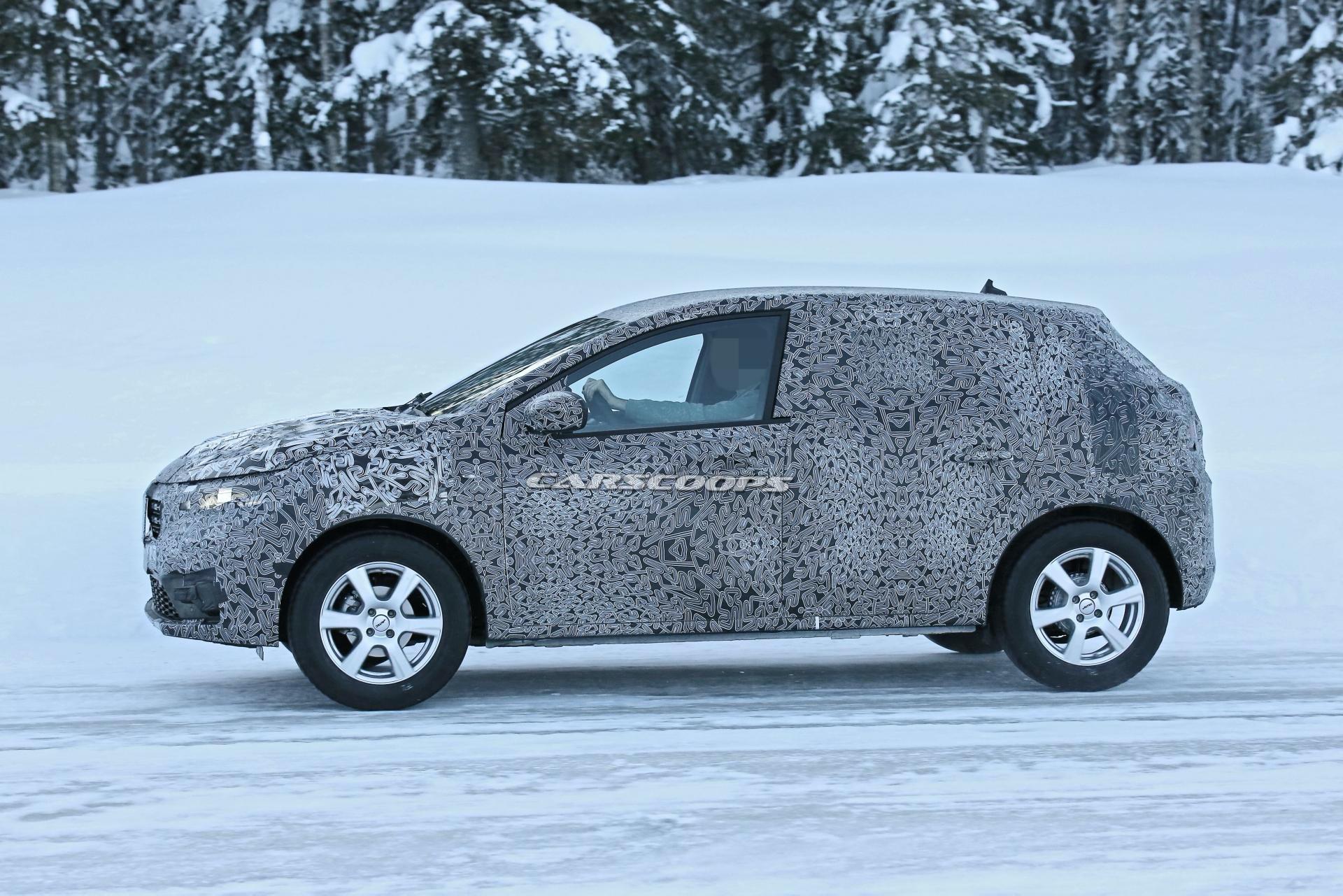 Inside, the budget hatch is expected to take things up a notch thanks to switchgear borrowed from the Duster, new upholstery and materials, as well as a medium-sized tablet touchscreen.

Word on the street is the Sandero will use a simplified version of the CMF-B platform used by the latest Renault Clio, Captur and Nissan Juke. According to France’s L’Argus, this will allow Dacia to use the 140 PS (138 HP) 1.6-liter E-Tech hybrid powertrain that recently debuted on the Clio. 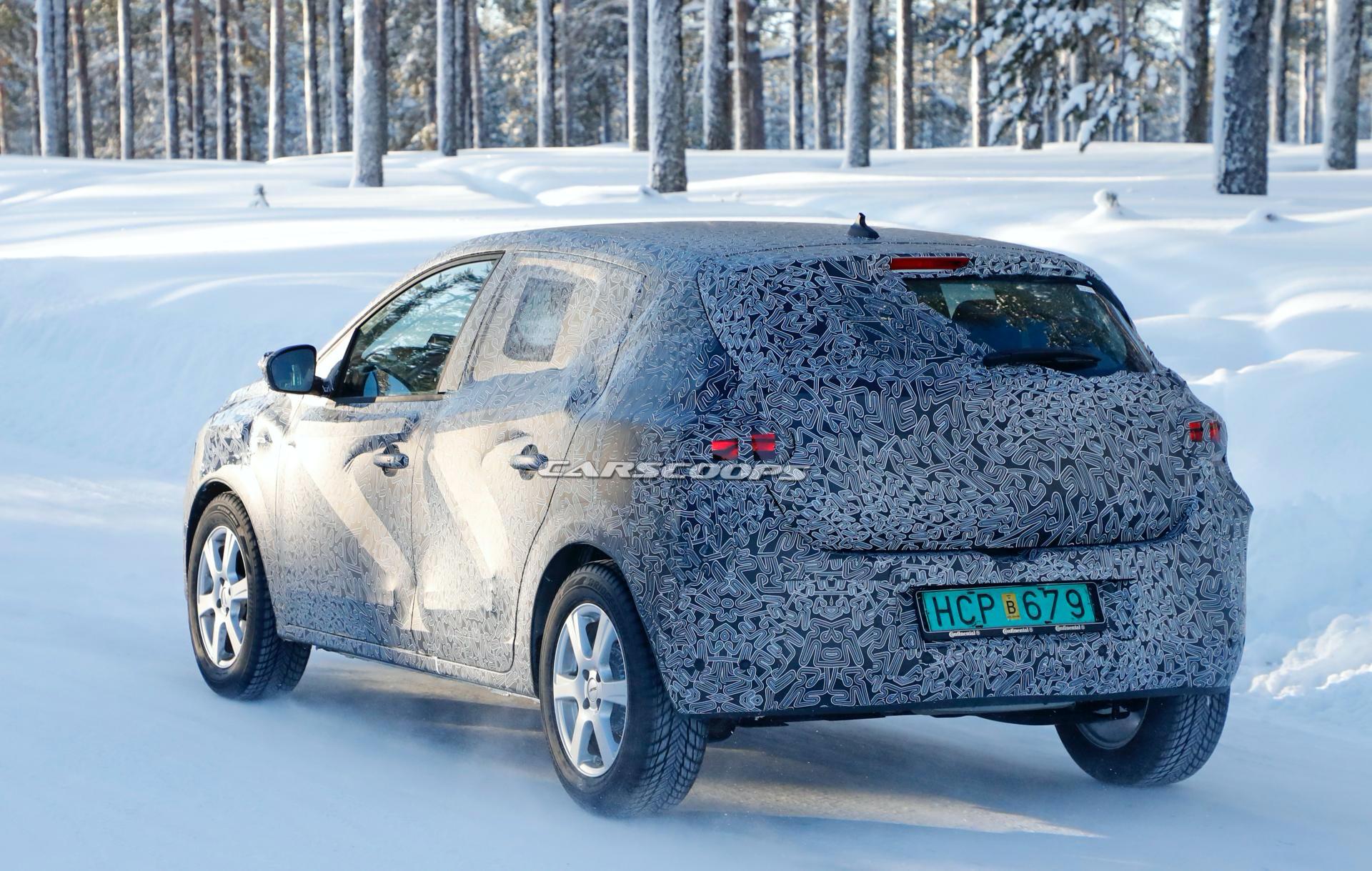 While the hybrid will top the range, the 2021 Sandero is also expected to feature a 75 PS (74 HP) 1.0-liter SCe naturally aspirated three-cylinder, a 100 PS (99 HP) 1.0-liter TCe turbocharge three-pot, and the 85 PS (84 HP) 1.5-liter Blue dCi diesel. Mind you, unlike the Duster, the Sandero won’t have access to the 1.3-liter turbo-four petrol unit. Expect the new Dacia Sandero to also offer mild-hybrid powertrains further down the line.

The all-new Sandero will likely have its public debut in October at the Paris Auto Show.