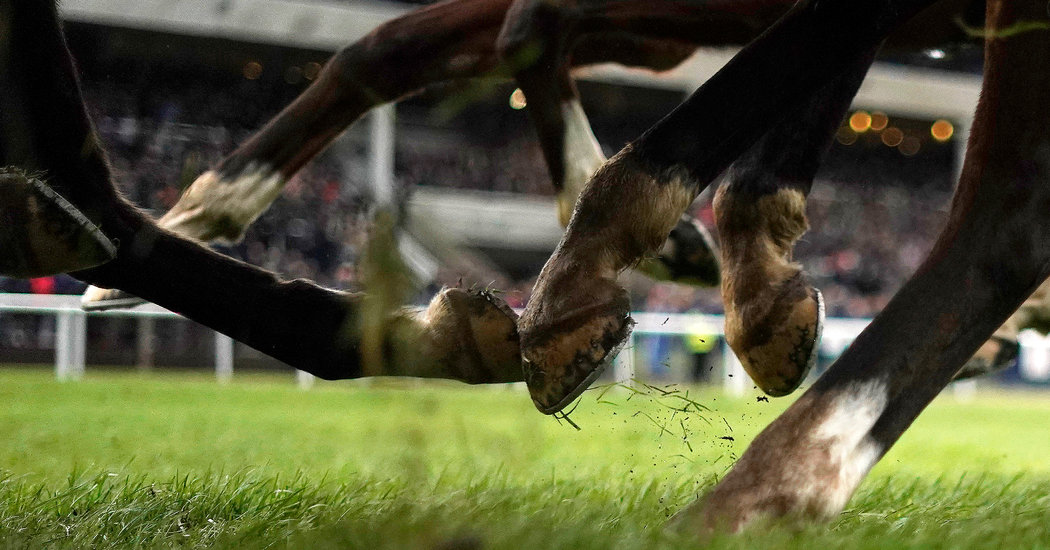 From the perspective of evolutionary and developmental biologists, a horse’s hoof is literally a giant middle finger. It seems to be the remnant of a foot that once had five full toes, with only three remaining visible — two vestigial digits are still on either side of the large, hardened middle digit, but there is no trace of the others. The hoof has been held up as a sterling example of the idea that if something isn’t working for a creature, it may be shed completely, with an excess toe or two left on the cutting room floor of evolution.

But when Kathryn Kavanagh, a biologist at the University of Massachusetts, Dartmouth, was sorting through preserved horse embryos recently, she saw something that at first she couldn’t quite believe. In the very early days of gestation, in the area of the foot where the hoof eventually forms, Dr. Kavanagh counted clusters of developing cells representing toes. And there were not three — there were unmistakably five.

The missing toes had in fact never left the horse, Dr. Kavanagh and her collaborators report in a paper published Wednesday in the Proceedings of the Royal Society B. The finding suggests that certain stages of development cannot be changed, even if, in the adult animal, they leave no visible trace.

The window of time when all five toes were visible was very short. Because it can be difficult for scientists to obtain large numbers of horse embryos at different stages to study, it is possible that scientists who earlier studied horse anatomy assumed that horses had at most three toes because they didn’t get the glimpse Dr. Kavanagh did.

“We think it wasn’t recognized before because the appearance was so brief,” Dr. Kavanagh said. “It only lasts a couple of days, and we got really lucky.”

The horse embryos were provided by C. Scott Bailey, a co-author and an expert on horse reproduction at North Carolina State University. They were all from mares that had been artificially inseminated on known dates, so the researchers knew with some precision how many days along they were.

The discovery implies something profound about how anatomical development works. As an embryo puts itself together, growing from a tiny wad of cells into multiple specialized tissues fed by blood vessels and linked by the winding threads of nerves, it is following a template. That template is subject to evolution, just like other things about the animal. But some moments in the process, or some routes that development takes, may not be easily altered.

“Something about the early steps in toe development is stabilized,” Dr. Kavanagh suggested. “We don’t know why. But that’s what we think is going on.”

Adult horses have no need of all five toes. But at a point long before the embryos have actual feet, the ancient programming still requires those five clusters to form. Does that mean that diverting development away from this digit-forming process would cause serious problems?

It’s possible, Dr. Kavanagh said. Other stages of development seem to be more flexible, generating new innovations that evolution can act on; it is probably not random chance that some stages are not malleable.

The study confirms an observation published in 2018 by another set of biologists that horses have many more blood vessels and nerves in their legs than required to feed a single toe, suggesting that they still have signs of an earlier, many-toed state.

Judging from already-published images of the embryos of other animals, Dr. Kavanagh and her colleagues suspect that other creatures with fewer toes than five, like camels and emus, may also have vestiges of their five-toed state.

If future work can manage to capture the brief, embryonic moments when this heritage appears in other animals, it may clarify why this particular stage of development is fixed and not as flexible as researchers thought.