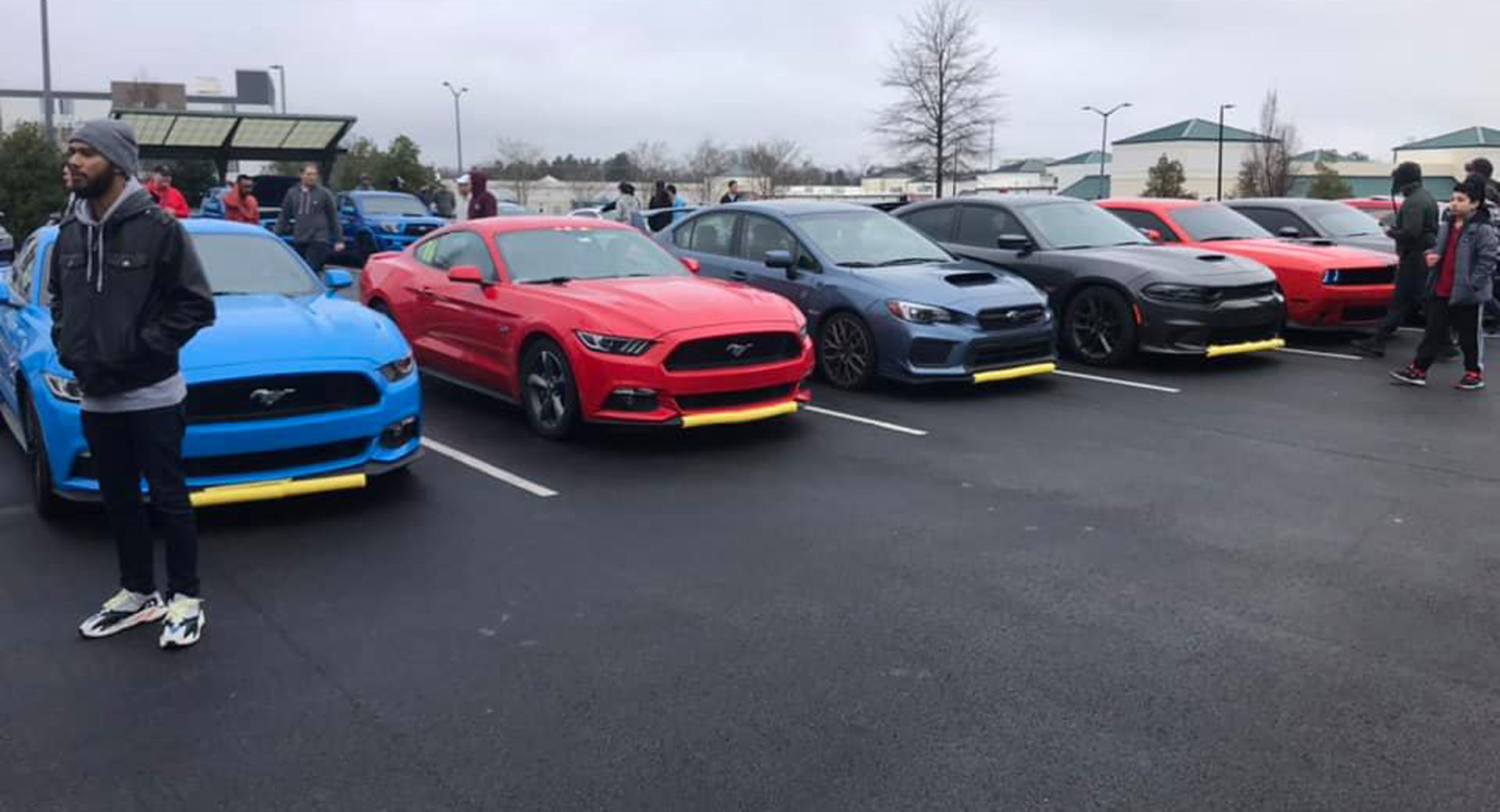 A handful of attendees at a recent Cars & Coffee event in Charlotte, North Carolina put yellow pool noodles on their cars to troll Dodge owners who keep their controversial splitter guards on.

There were at least two Ford Mustangs, a Subaru WRX STI, and a Dodge Charger that featured yellow pool noodles on their front splitters. In addition, there was also a Mercedes-Benz GLA hilariously sporting a yellow pool noodle on its front fascia, a Facebook post shows. While there were a number of Dodge Charger and Challenger models at the Cars & Coffee event, only one of them still had its splitter guards from the factory attached.

Dodge started equipping Challenger and Charger models with splitter guards from the 2015 model year to protect the low-hanging splitters during the shipping process. Dealerships are instructed to remove them before a vehicle is sold as they can scratch and scuff the paint underneath. Yet, despite this, many owners opt to keep them on.

Most of the splitter guards used by Dodge in recent years have been finished in a bright shade of yellow and in an effort to discourage owners from keeping them affixed, Dodge recently started making them in pink but even still, some owners choose to keep them on.

As a way to troll and poke fun of those Dodge owners, the pool noodle splitter guards worn by the handful of cars at this Cars & Coffee event is absolutely perfect. In fact, we wouldn’t be surprised to see these fake splitter guards become a trend of their own.