When McLaren introduced the 720S at the Geneva Motor Show in 2017, no one quite knew just what kind of weapon the British marque had unveiled. At the time, most of the talk was about the controversial ‘eye-sockets’ but before long, attention turned towards the car’s performance and just how fast this thing was.

For the better part of the three year’s since its unveiling, the McLaren 720S has been the benchmark of straight-line and on-track performance in the supercar segment, far surpassing the Lamborghini Huracan and Ferrari 488 GTB it was introduced to compete against. Now is your chance to buy a lightly used one, as long as you have a decent chunk of change in your bank account, that is.

Also Watch: Motor Trend Finds Out What Makes The McLaren 720S So Special

Ordinarily, used supercars as valuable as the McLaren 720S end up being sold by high-end exotic car dealerships but this example is for sale on Bring A Trailer. At the time of writing it had attracted a highest bid of $145,000 with seven days left in the auction and 2,400 miles (3,862 km) under its belt. 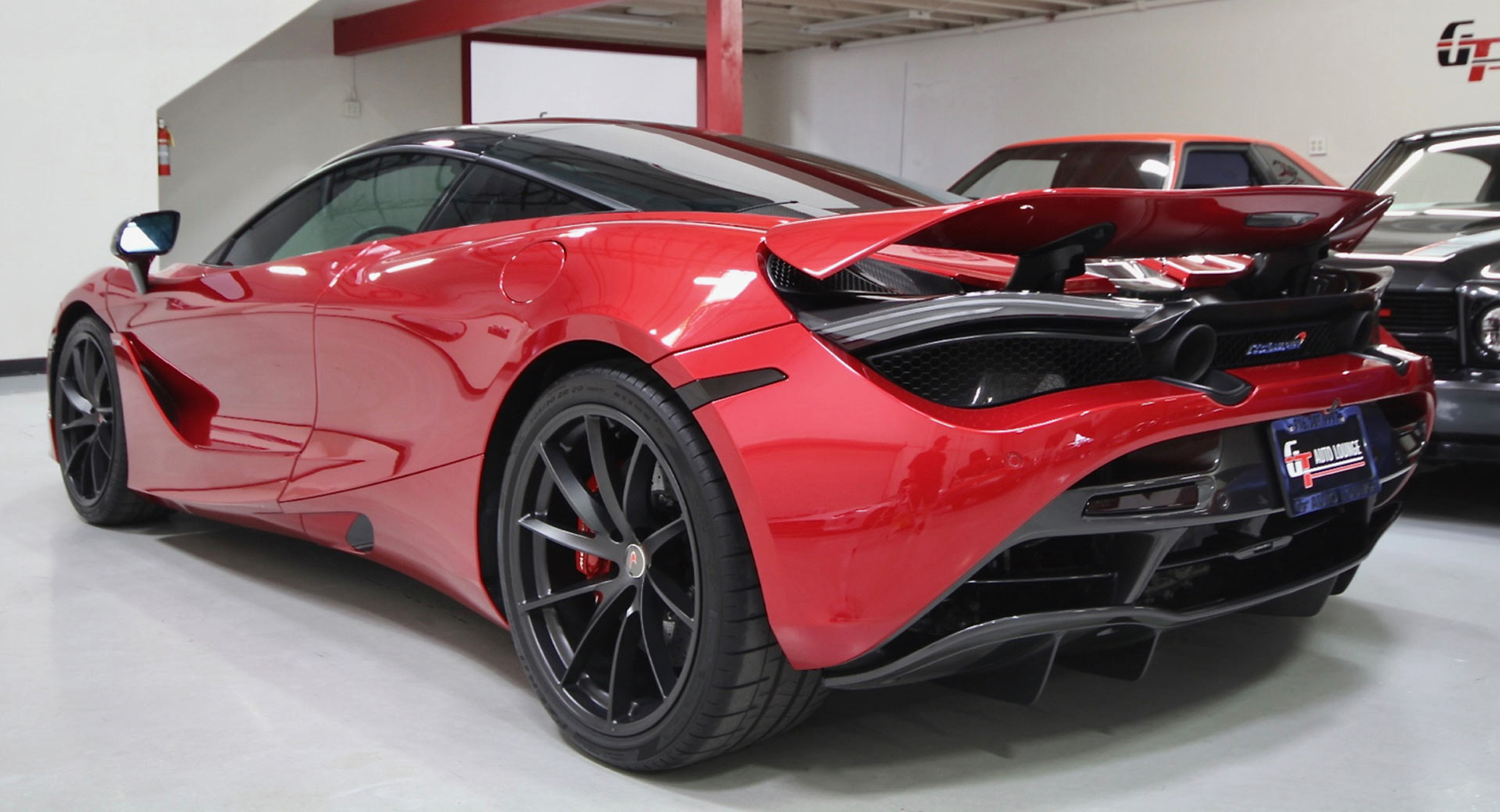 Making this 720S immediately stand out from most others is the Memphis Red paint scheme and the handful of McLaren Special Operations carbon fiber exterior parts. The front fascia, mirrors, rocker panels, and spoiler have been wrapped in a clear film to protect the paint from debris. Also present are the optional Super-Lightweight forged wheels measuring 19-inch at the front and 20-inch at the rear and wrapped in Pirelli P Zero Corsa tires.

Inside, the red theme continues with Harissa Red surfaces complemented by a host of black Alcantara trim. There’s also a number of carbon fiber trimmings and a 12-speaker audio system.