Partcatalog has released a new map showing which upcoming vehicles are most anticipated in the United States.

Complied using Google Trends data, the map shows the 2021 Ford Bronco is the clear winner as it’s getting the most interest in 19 states.

Unsurprisingly, the SUV is popular in the Midwest as well as Ford’s home state of Michigan. The model also has a following is the south central United States as well as Maine, Pennsylvania and West Virginia.

The Bronco’s popularity is understandable as it promises to a fun off-roader in the same vein as the Jeep Wrangler. The SUV will be based on a modified version of the T6 architecture, which underpins the Ranger, and reportedly feature two turbocharged engines. 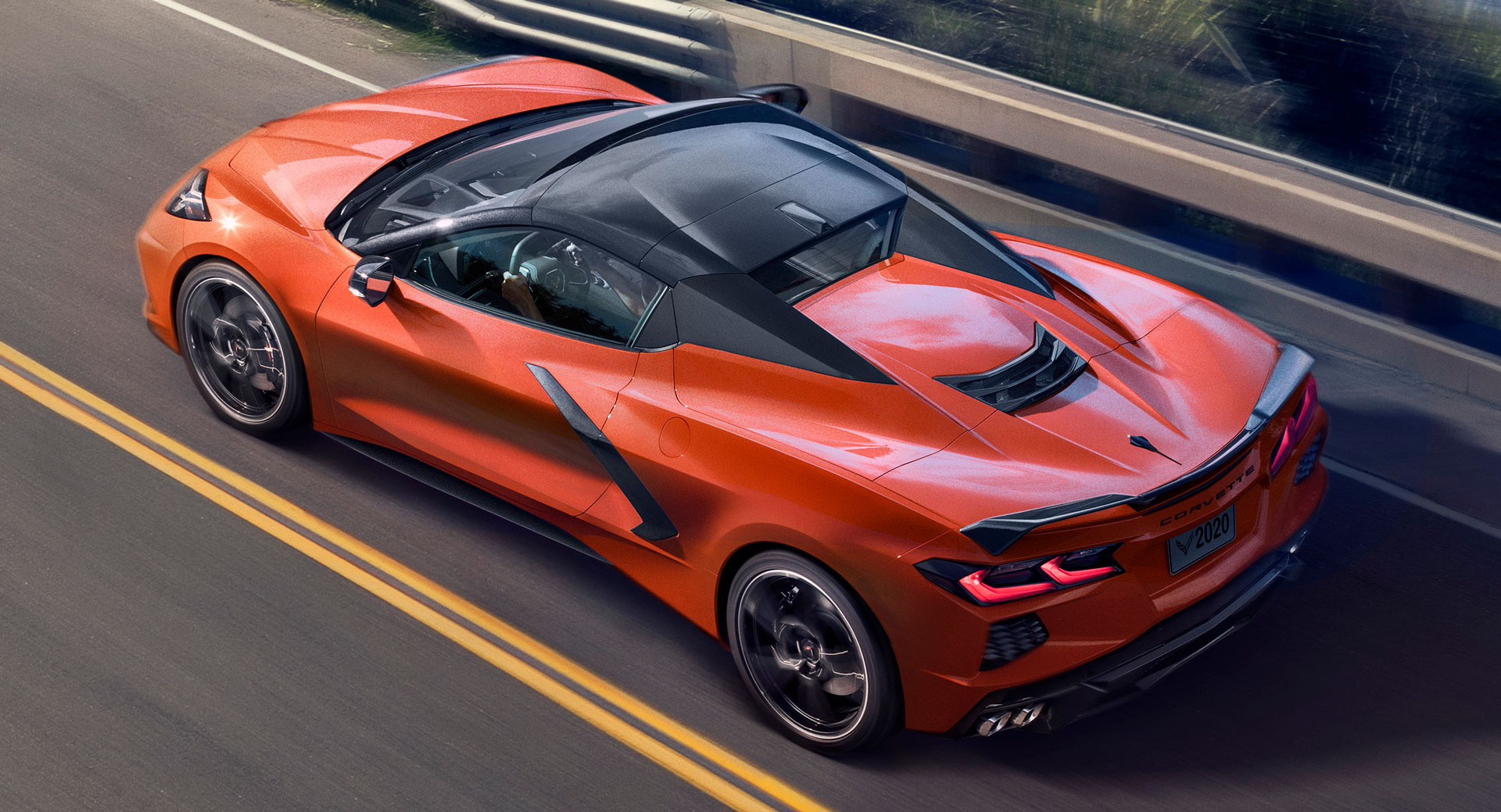 The bronze medal goes to a somewhat surprising contestant as it’s the Land Rover Defender. The model is generating a lot of interest in the Northeast as well as Alaska, Virginia and Oregon.

The next four vehicles are all electric as they include the Porsche Taycan, Tesla Model Y, Rivian R1T and Ford Mustang Mach-E. These were popular on the east and west coasts where electric vehicle acceptance tends to be higher. 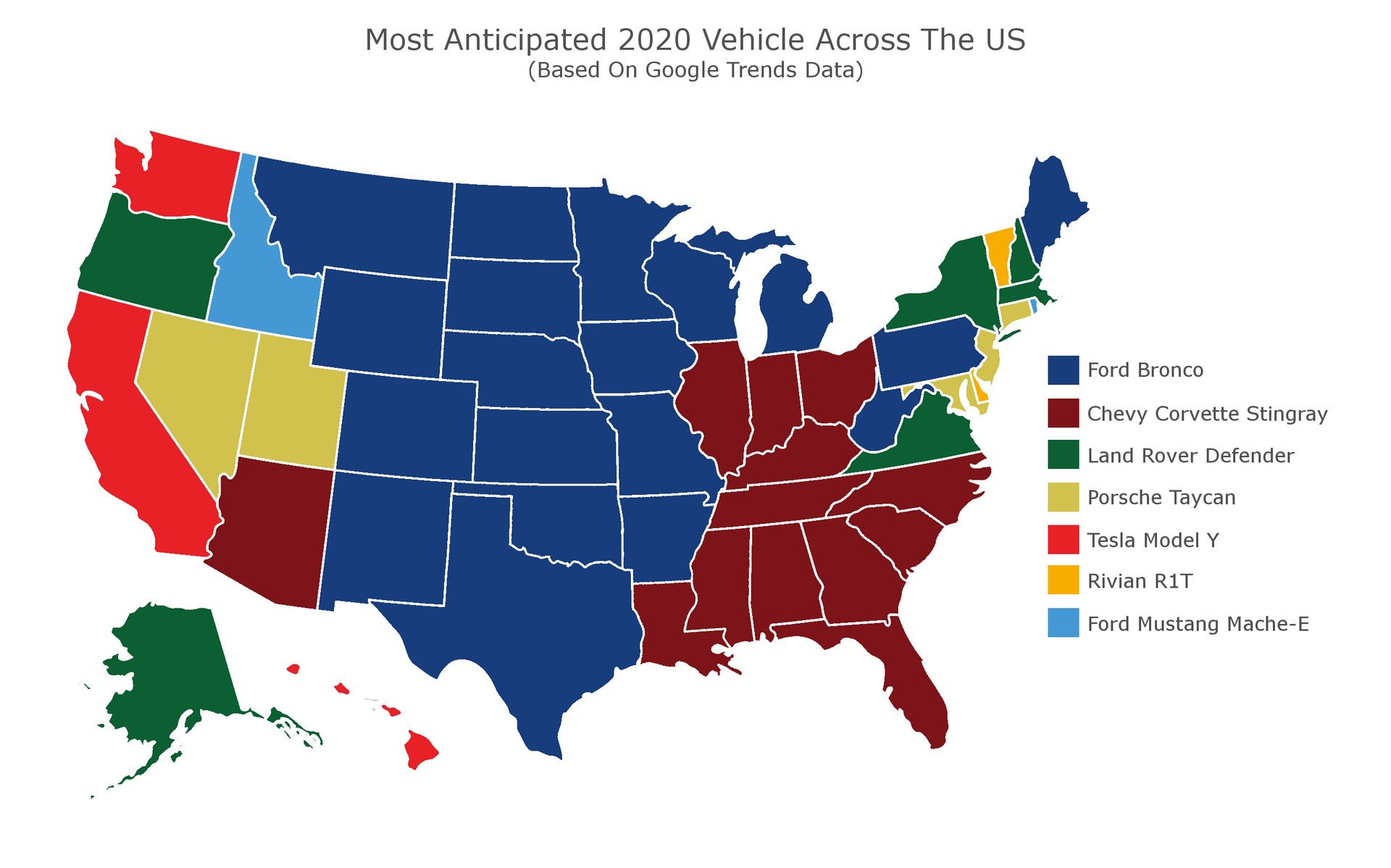