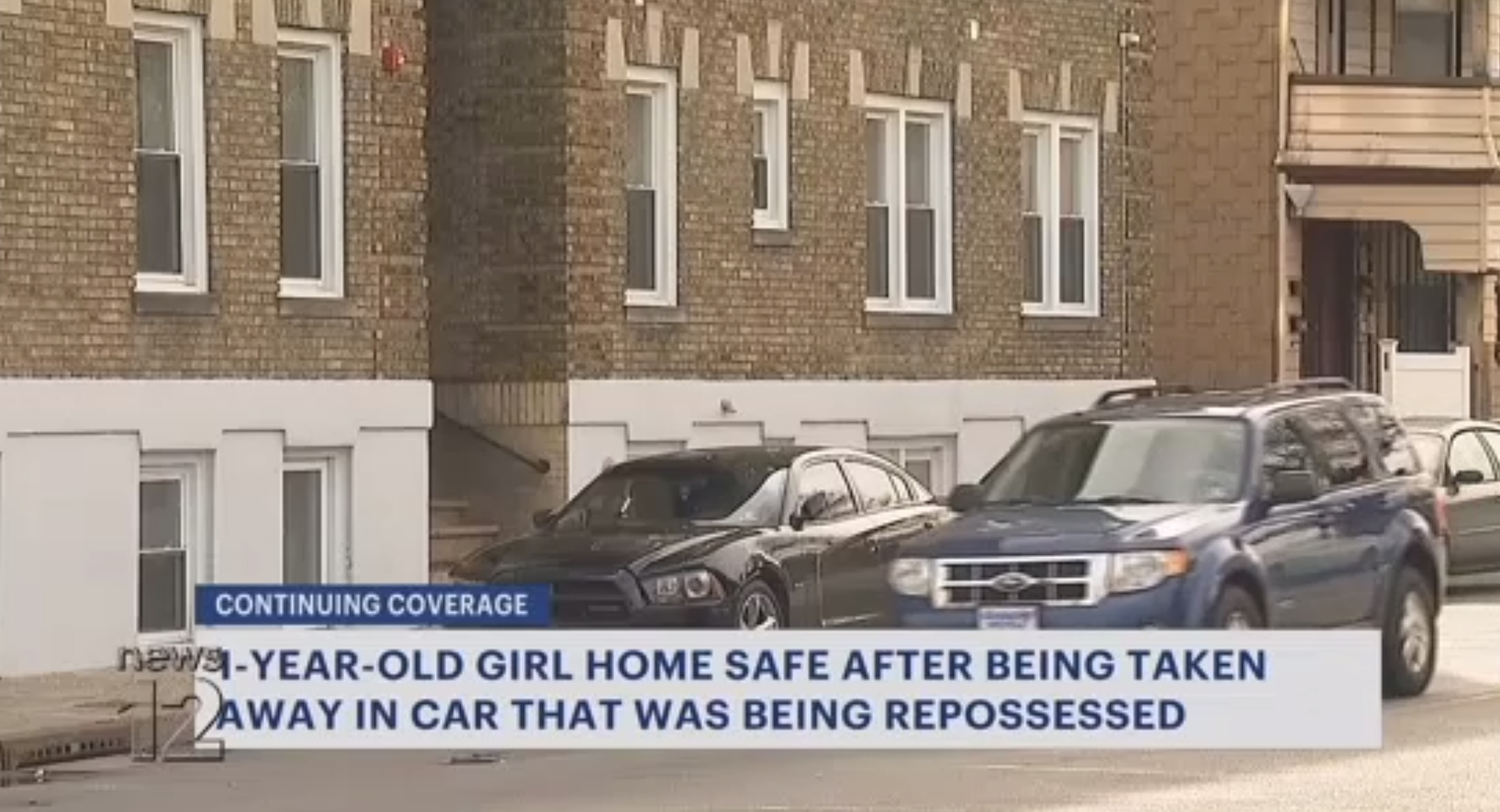 No one likes having their car repossessed but a couple in East Orange, New Jersey got the shock of their lives earlier this week when their Acura was repossessed while their one-year-old daughter was in the back seat.

News12 reports that the father of the young child had left her in her car seat for a few seconds while he ran up to the family’s second-story apartment to fetch her bottle. When he returned, the car was gone.

According to the mother, Noel Saldana, her husband initially thought the car had been stolen and their little girl was kidnapped. The couple called 911 and approximately 40 minutes later, received a call informing them baby Hannah was found safe inside a tow lot and transferred to the local University Hospital.

“Hindsight is always usually 20/20 and we know now that that is not the correct thing to do as parents or for anyone caring for children,” Saldana said about leaving children alone in cars. “It happened, unfortunately. I’m not excusing it, I’m owning it happened. One minute could be one minute too long, God forbid. But thankfully that wasn’t the case. She’s good, she’s fine.”

Saldana added that she was planning on cashing a check to make the car payment earlier in the day but didn’t have the chance before the Acura was repossessed. Fortunately, the child wasn’t hurt in the ordeal. Saldana said she doesn’t blame the repo company but said she hopes drivers more closely check the back seats of any cars they take in the future.