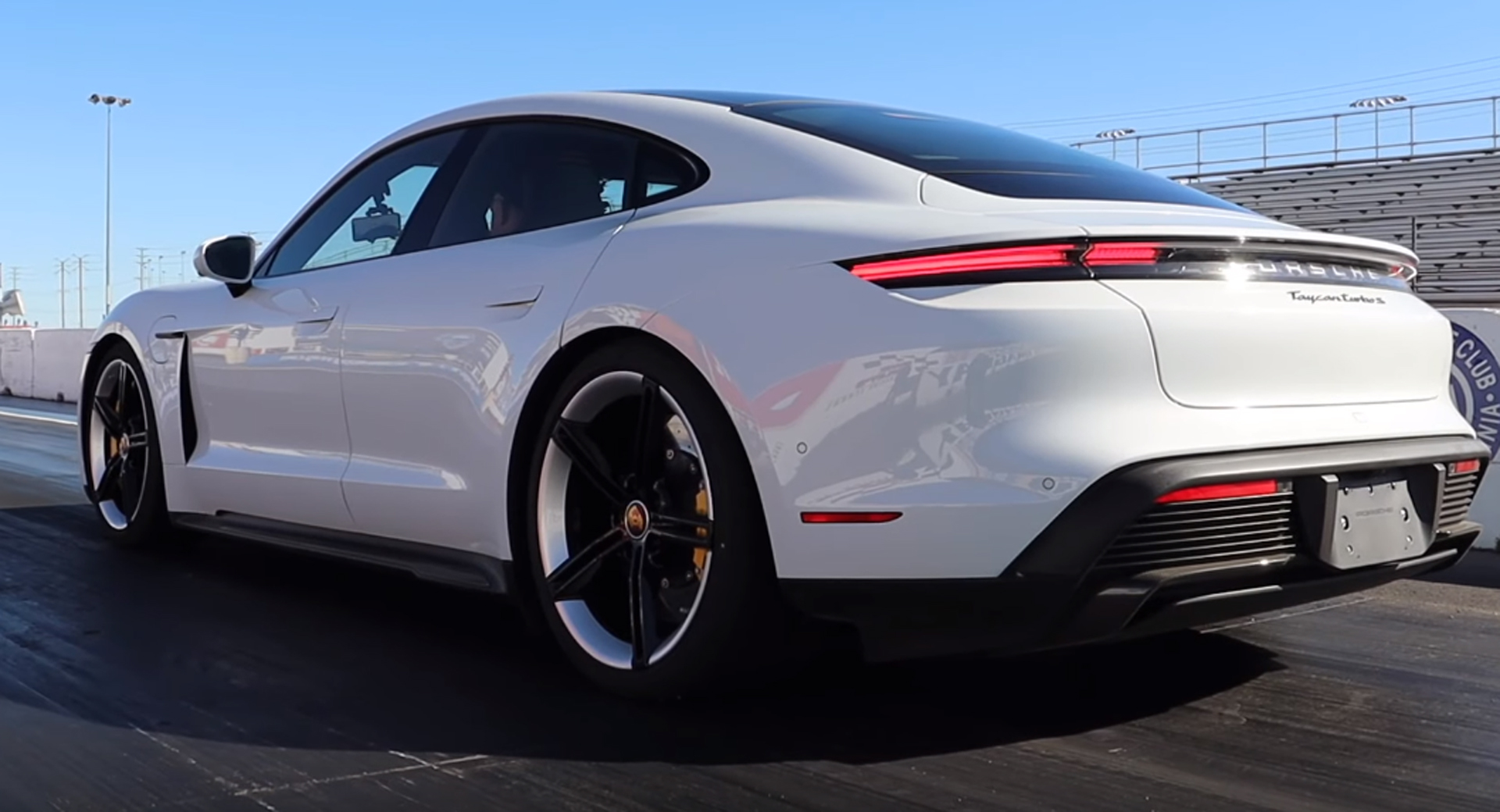 We’ve been eagerly awaiting to see what the Porsche Taycan Turbo S is capable of down the quarter-mile and thanks to DragTimes, we now know just how quick the Tesla Model S rival is.

What’s impressive about these times is that the Porsche likely has some more speed up its sleeve. The drag strip used in the test hadn’t been prepped and the Taycan Turbo S suffered a fair bit of wheel spin in each of the passes. What’s more, it was also running against a fairly strong headwind. Eager to see how much the low-grip surface was impacting the car’s acceleration, Brooks performed a single 0-60 mph run at the other end of the drag strip with better grip and recorded a time of 2.42 seconds.

A 0-60 mph time of 2.4 seconds and a quarter-mile of 10.5 seconds at 130 mph (209 km/h) matches those figures recently achieved by Car and Driver during its testing of the all-electric Porsche.

The YouTuber believes that on a properly-prepped surface and without a headwind, the Porsche Taycan Turbo S likely has a 10.3-second quarter-mile time up its sleeve. Such a time would be quicker than any quarter-mile time set in a stock Tesla Model S Performance.