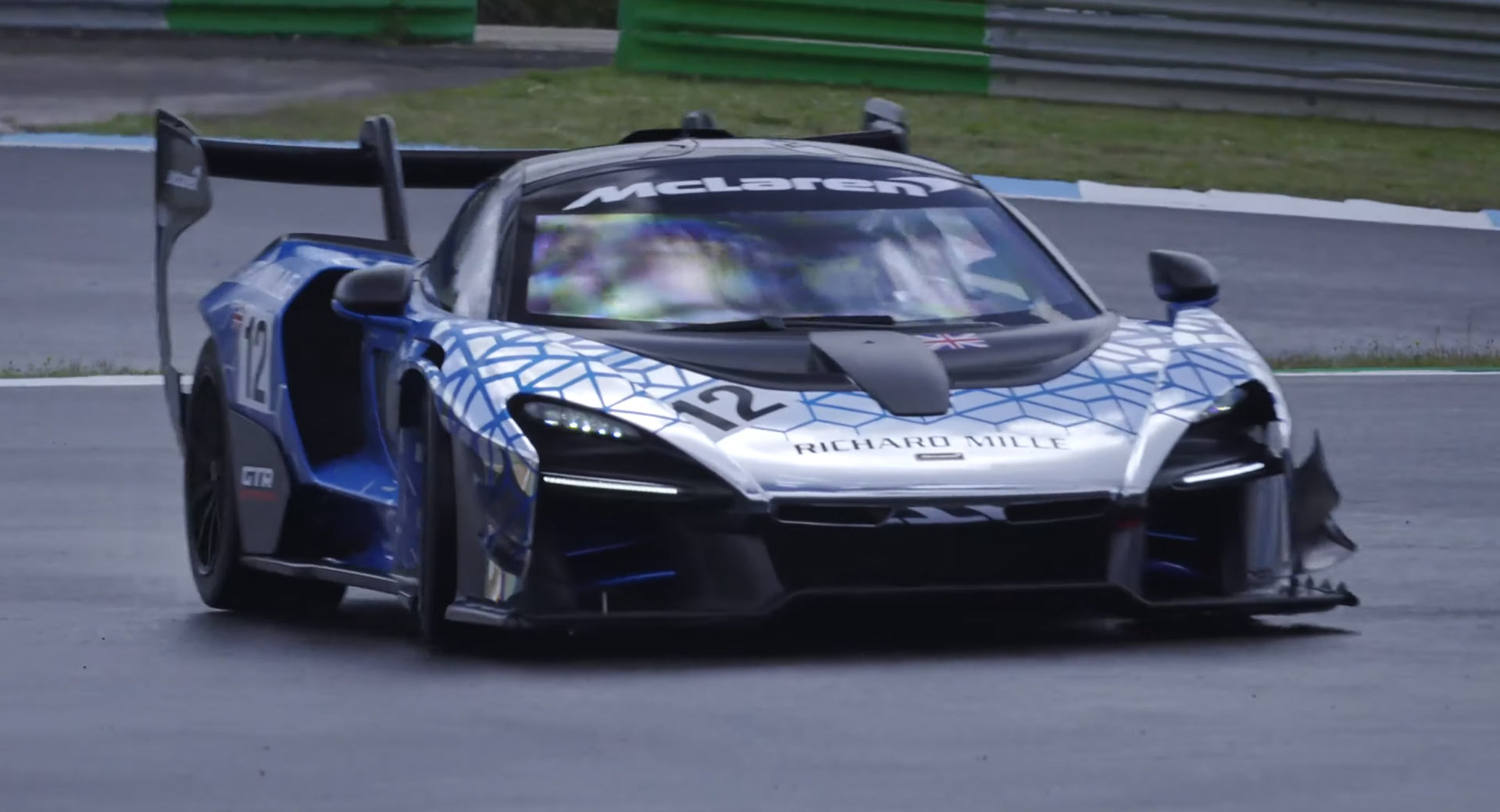 The McLaren Senna GTR is one of the most remarkable cars ever produced by a major supercar manufacturer and in a new video promoting the track-only car, Bruno Senna talks us through what it’s like driving such a phenomenal car.

As McLaren didn’t need to comply with any road regulations when developing the Senna GTR, it was free to let loose and make the vehicle as capable as possible on a racetrack. With that in mind, it shares many similar features to GT3 racing cars, such as a fully adjustable suspension system that allows the driver to tweak things like the anti-roll bar stiffness, ride height, and spring stiffness.

Then come the driver aids which can be gradually dialed down as drivers get more comfortable behind the wheel. There’s also a huge amount of downforce that can be exploited, no less than 2,205 lbs (1,000 kg) of it to be precise, meaning the Senna GTR can be threaded through corners at blistering speeds, while also resulting in excellent braking stability.

Bruno Senna, the nephew of the late Ayrton Senna that the McLaren Senna is named after, has been involved with McLaren since at least 2015 and is currently a brand ambassador.