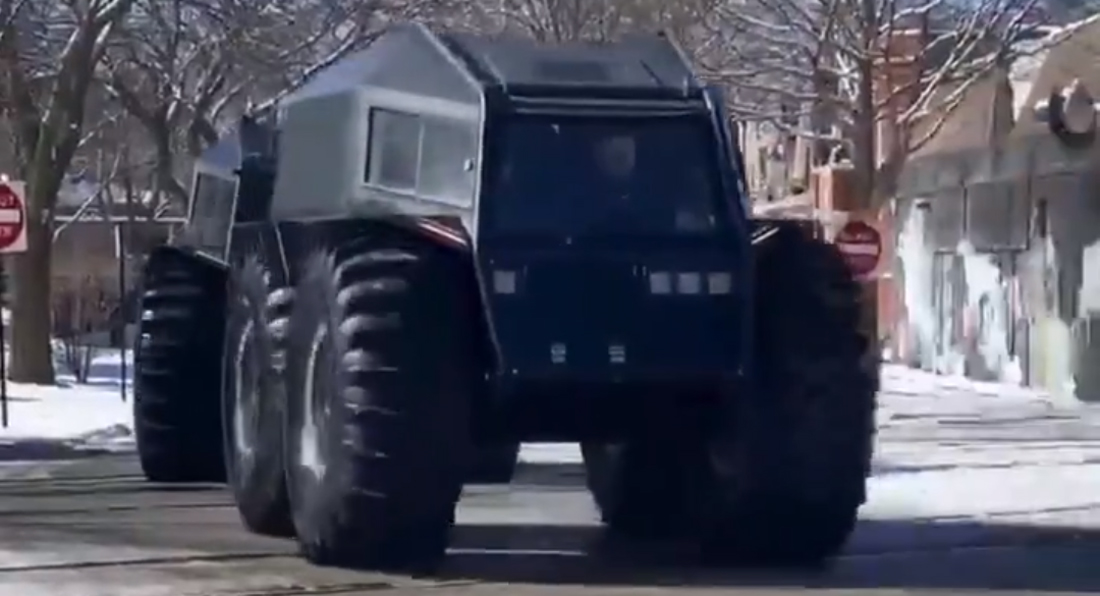 The Sherp ATV is one of the most intriguing vehicles on sale anywhere in the world and during the launch of the YZY QNTM shoes from Kanye West, the rapper and producer brought a fleet of Sherps to the streets of Chicago.

Videos from the launch of the sneakers show a handful of Sherp models all painted black cruising down a host of Chicago’s city streets looking utterly bizarre. We’ve seen heaps of videos of the Sherp tackling intense off-road challenges but this is one of the first times we’ve seen them being driven on public roads. Jaw-dropping doesn’t even begin to describe them.

A little bit of research indicates that the Sherp ATV isn’t actually street legal and due to the lack of license plates on these examples, it doesn’t seem as though they’re registered in Chicago or anywhere else in the U.S. for that matter. Consequently, it’s hard to say if Kanye’s marketing team actually imported the Sherps from overseas specifically for the sneaker launch or if local Sherp owners were contacted and encouraged to bring their intriguing off-roaders to the event.

It’s happening #Yeezy Sherps have rolled out in #Chicago 👀 pic.twitter.com/Z9enY3ae2m

Whatever the case may be, the Sherps certainly got people talking and that’s probably exactly what the music producer was hoping for.

Kanye West clearly has a thing for the Sherp ATV as a matte black example was featured in his ‘Follow God’ music video from late last year. These things aren’t cheap, however, and start at roughly $100,000 in the U.S. That buys you an off-roader with a 44 hp four-cylinder diesel engine and a five-speed manual transmission as well as wheels taller than many cars.

Kanye pulled up to Chicago in the
BIG truck and he’s handing out
FREE Yeezy Quantum sneakers! 🤯#AllStar2020 #AllStarWeekend pic.twitter.com/Qrf5pYdZKP