As of this year, Toyota will have yet another small SUV in its lineup which will slot under the C-HR and will share underpinnings with the new Yaris.

Set to debut in front of the media on March 3, at 11:15 a.m. CET (5:15 a.m. EST) at the Geneva Motor Show, it will make use of the company’s latest hybrid powertrain technology and, unlike some of its rivals, will feature an all-wheel drive system.

Accompanying the announcement is a teaser image that reveals the slim taillights, flanking the ‘Toyota’ logo in the middle of the tailgate, which is positioned above the license plate holder. Further down we can spot ‘Hybrid’ and ‘AWD-i’ badges, and what appears to be a very clean-looking bumper.

Also attending the Geneva Motor Show will be the RAV4 Plug-in Hybrid which will make its European debut at the event. It packs a 306 PS (302 HP / 225 kW) 2.5-liter petrol engine and rear-mounted electric motor and boasts an electric range of 65 km (40 miles), with CO2 emissions of less than 29 g/km in the WLTP cycle.

The new Mirai fuel cell saloon will also be presented at Geneva, and so will the GR Yaris. The rally-inspired supermini hot hatch has a 261 PS (257 HP / 192 kW) 1.6-liter turbocharged three-pot, paired to a six-speed manual gearbox and four-wheel drive, and is available with two Torsen limited-slip differentials. It hits 100 km/h (62 mph) in under 5.5 seconds and tops out at 230 km/h (143 mph).

Joining the GR Yaris in the Gazoo Racing area will be the 2020 WRC Yaris rally car and the 2020 Dakar Hilux. 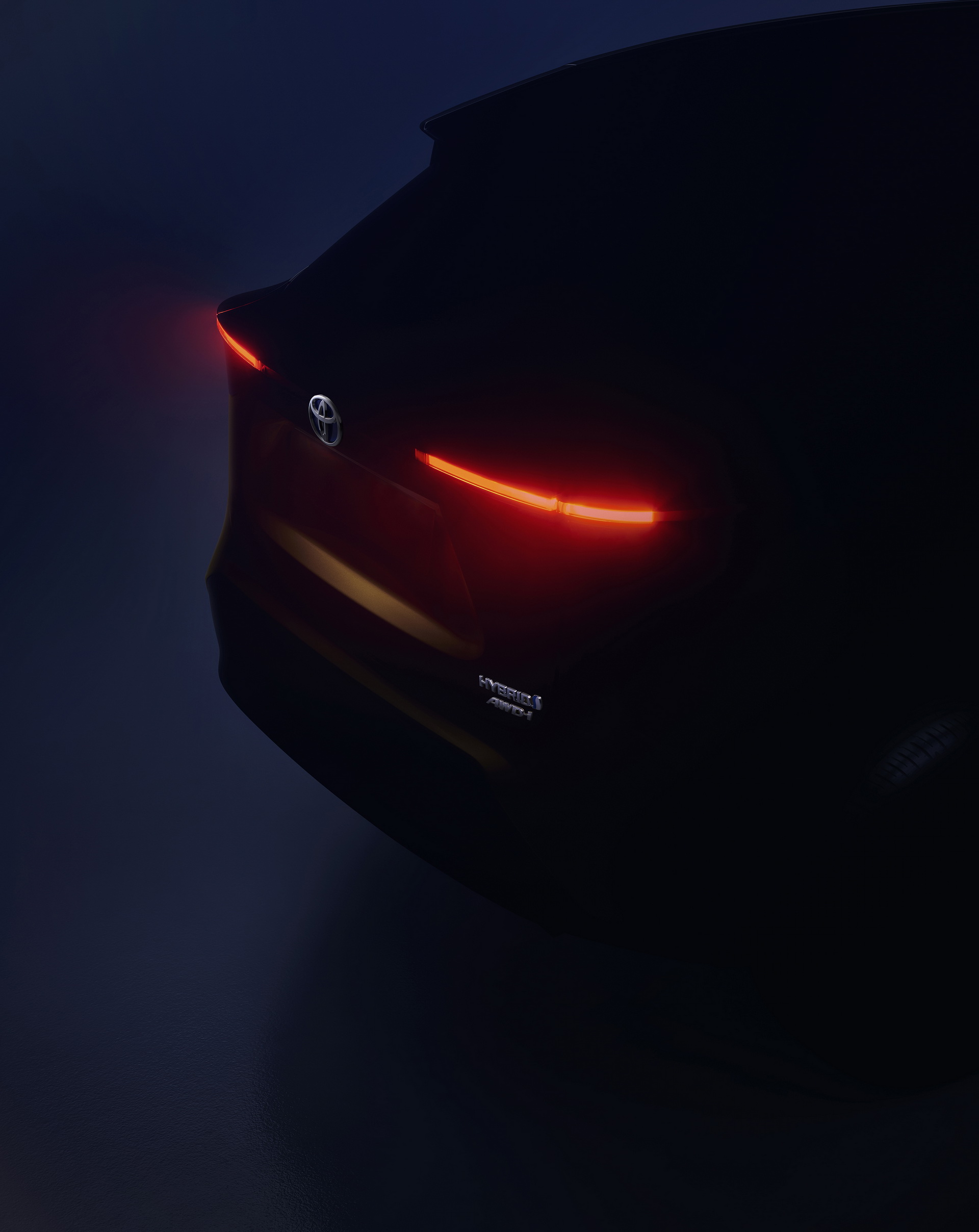