Peugeot has been plotting a pickup truck for emerging markets for a few years now, and they have just unveiled it.

It’s called the Landtrek, it is highly versatile and will launch in Latin America and sub-Saharan Africa at first, before arriving in other markets. Mind you, Europe is not expected to be among them. Offered in chassis, single or double cab, in workhorse or multipurpose variants, and it can haul up to 3 Euro-pallets.

The payload exceeds one tonne (2,205 lbs) and in some versions, it can reach 1.2 tonnes (2,645 lbs). Furthermore, the single cab model can be sold without the rear bumper, thus providing better access to the bed via the 180-degree opening tailgate.

On the outside, the Landtrek incorporates the brand’s design language, with a chunky grille hosting the Lion logo at the front, flanked by bulky headlights. LED lighting is also offered and the truck features underbody protection, roof rails, side steps, as well as ‘Landtrek’ and ‘Peugeot’ badges on the tailgate. M/S tires can be fitted, alongside a chrome roll bar, hard top glass, thermoformed body protection, protective mats and a few other items.

Depending on the version, Peugeot’s pickup truck can be had with up to six seats – three sitting at the front and another three at the back. Two independent front seats are also available, separated by a central armrest, and seven grab handles will enhance accessibility. 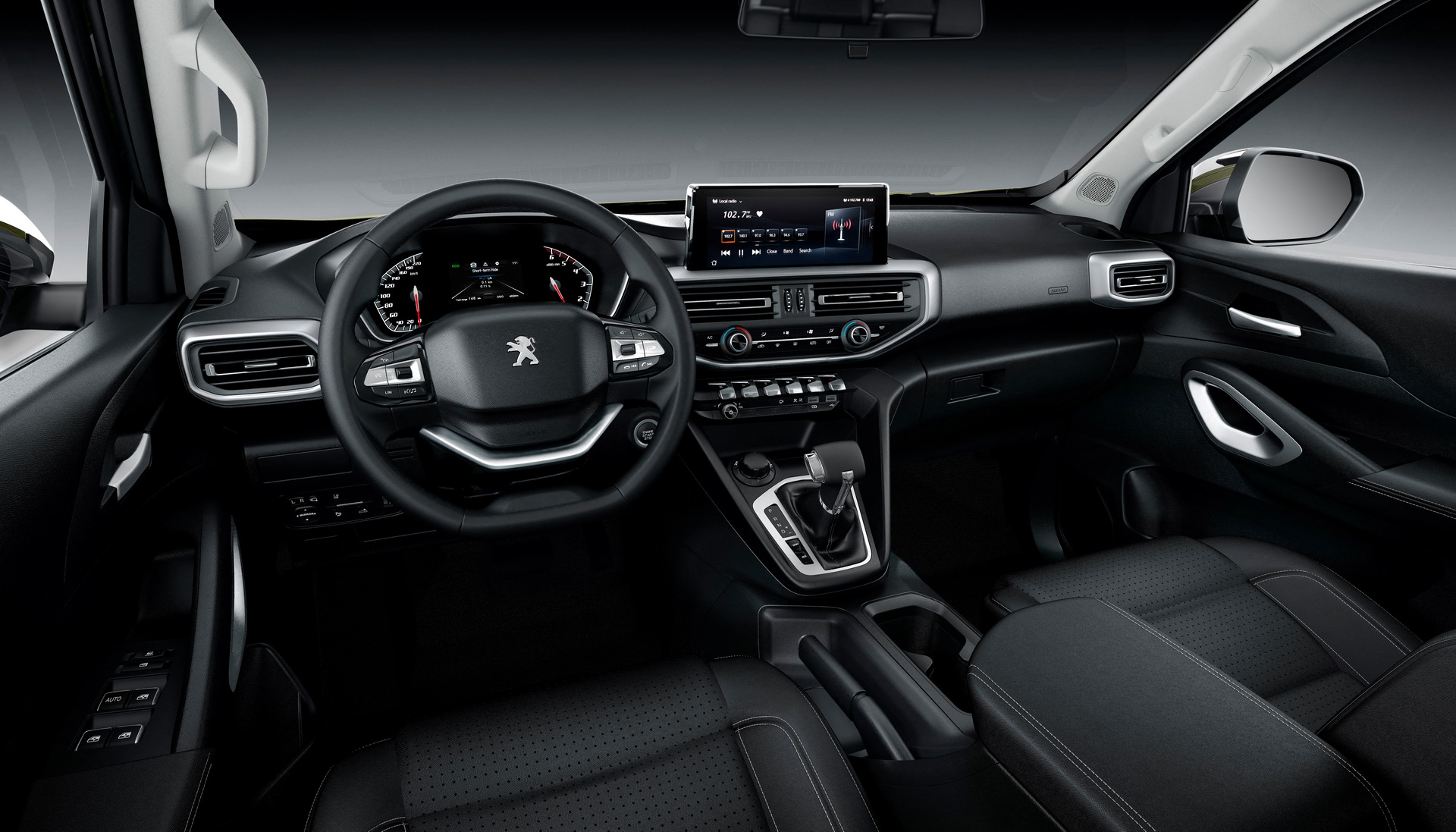 Elsewhere, it has a two-spoke steering wheel, inspired by the 3008 compact crossover, and a 10-inch infotainment system at the top of the dashboard that echoes the unit inside the 508 midsize car. Apple CarPlay, Android Auto, Bluetooth, USB sockets, 10 GB hard drive, dual-zone climate control and other goodies are also included. As for safety features, the Peugeot Landtrek gets Lane Departure Warning, a 360-degree camera system, Hill Descent Control, ASR and Trailer Swing Control.