It was only a matter of time before Ford took down some of that chunky black camouflage from its 2021 F-150 prototypes undergoing public road testing.

So while we couldn’t really identify any new visual traits for these trucks last year, recent spy images paint a pretty clear picture of what we’re dealing with in terms of front and rear end design. It’s safe to say that Ford played it safe with its best-selling truck.

Yes, both the grille and the headlights have been redesigned, with an emphasis on making the F-150 look a bit more modern. The grille appears somewhat smaller than the one on the current truck, yet at the same time is more pronounced. 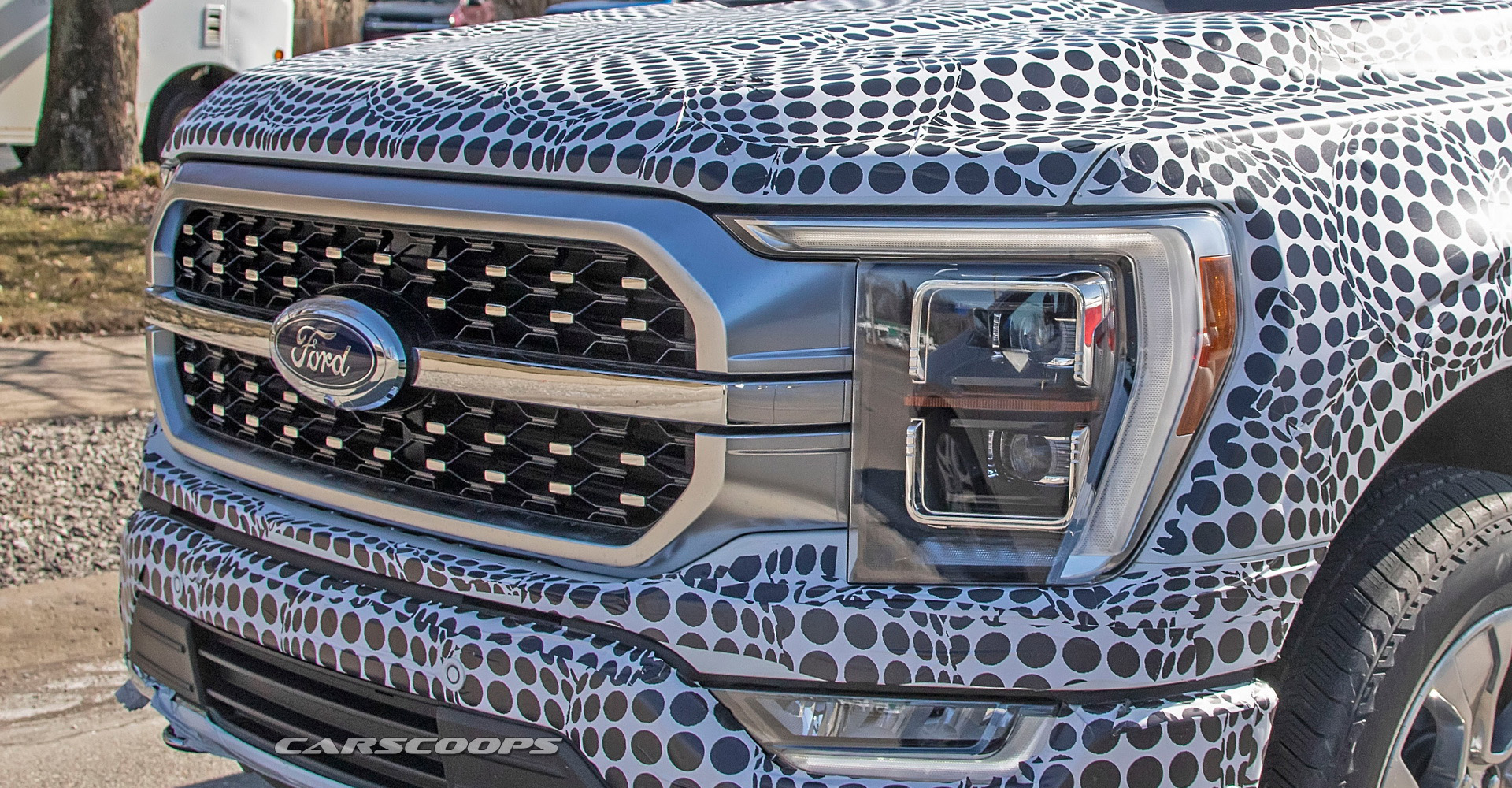 The headlights meanwhile have been streamlined and no longer feature that reverse “E” design with the pointy upper edge. As for the graphics, they seem to be somewhat boomerang-shaped, or perhaps more of a curvy “L”.

Also new is the front bumper, with horizontal light units instead of the square ones we see today, while the side mirrors have also been redesigned. The tailgate meanwhile actually looks a little more traditional now, with a simpler design for the taillights and a seemingly less sculpted overall design.

Inside, we expect the all-new 2021 F-150 to boast better quality materials and gadgets, including a larger infotainment system to rival Ram’s 12-inch display, according to reports.

Aside from internal combustion engines, Ford has already announced both hybrid and fully-electric versions of the next-gen F-150. The PHEV model could easily utilize the new Explorer’s 444 HP plug-in drivetrain, which combines a 3.0-liter EcoBoost V6 unit with a 100 HP electric motor and a 10-speed automatic gearbox.