Seat broke a 66-year old tradition back in 2016, when they (finally) decided to present their first ever SUV, the Ateca.

Based on the VW Group’s MQB platform and closely related to the Skoda Karoq and second-gen Tiguan, the Spaniard’s compact SUV is now getting ready to go through a mid-cycle refresh.

Last time we saw the facelifted Ateca out in the open, in Cupra guise, the camouflage was thicker at the front, hiding larger portions of the bumper and grille, but since then, the wraps have become thinner, allowing us to catch a glimpse of the visual tweaks.

Watch Also: Peugeot 3008 vs Toyota C-HR vs Seat Ateca – Which Is The Best Compact SUV?

The front bumper has been redesigned for the new model year, getting different cutouts. The grille seems to be more angular than before, but that could be the vinyl stickers doing their job, while the headlights have received an updated signature. At the back, the overall design of the tailgate has been maintained, but the bumper appears to be different and the taillights sport different graphics. 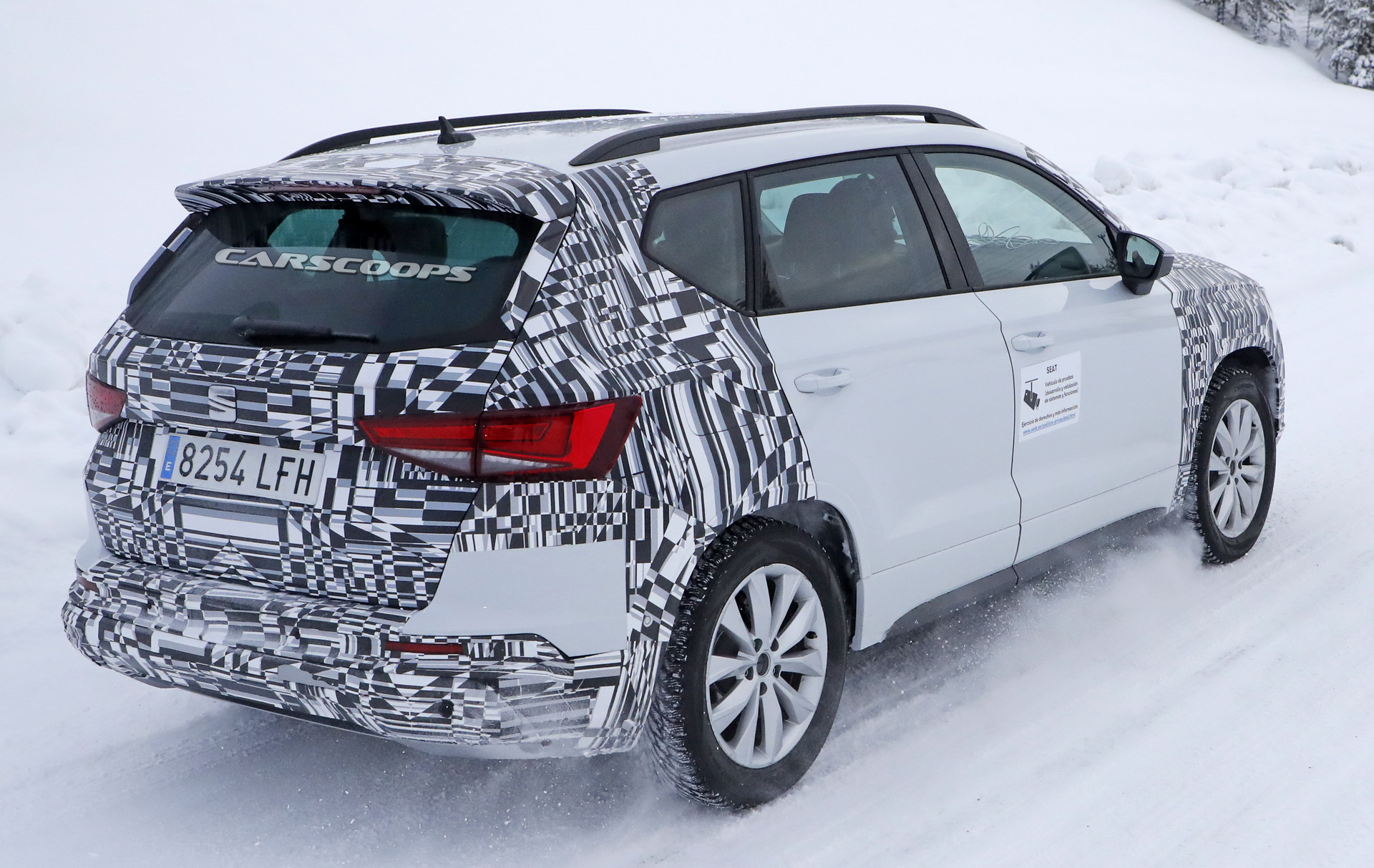 As the prototype was camera-shy trying to hide behind a Tarraco, our spies couldn’t get close enough to capture the interior, but in all likelihood, it will receive some love from Seat’s engineers and (to a lesser degree, designers), with the emphasis placed on the infotainment system software, upholstery colors and trimmings.

The current engine lineup is expected to largely carry over, with a few revisions meant to make it less polluting and more frugal, but we could see new additions in the form of the VW Group’s 48-bolt plug-in hybrid powertrains.

If the updated Ateca doesn’t make it to Geneva next month, then it will surely be at the Paris Motor Show in September, though in that case, we’ll probably see it before in late spring or early summer.