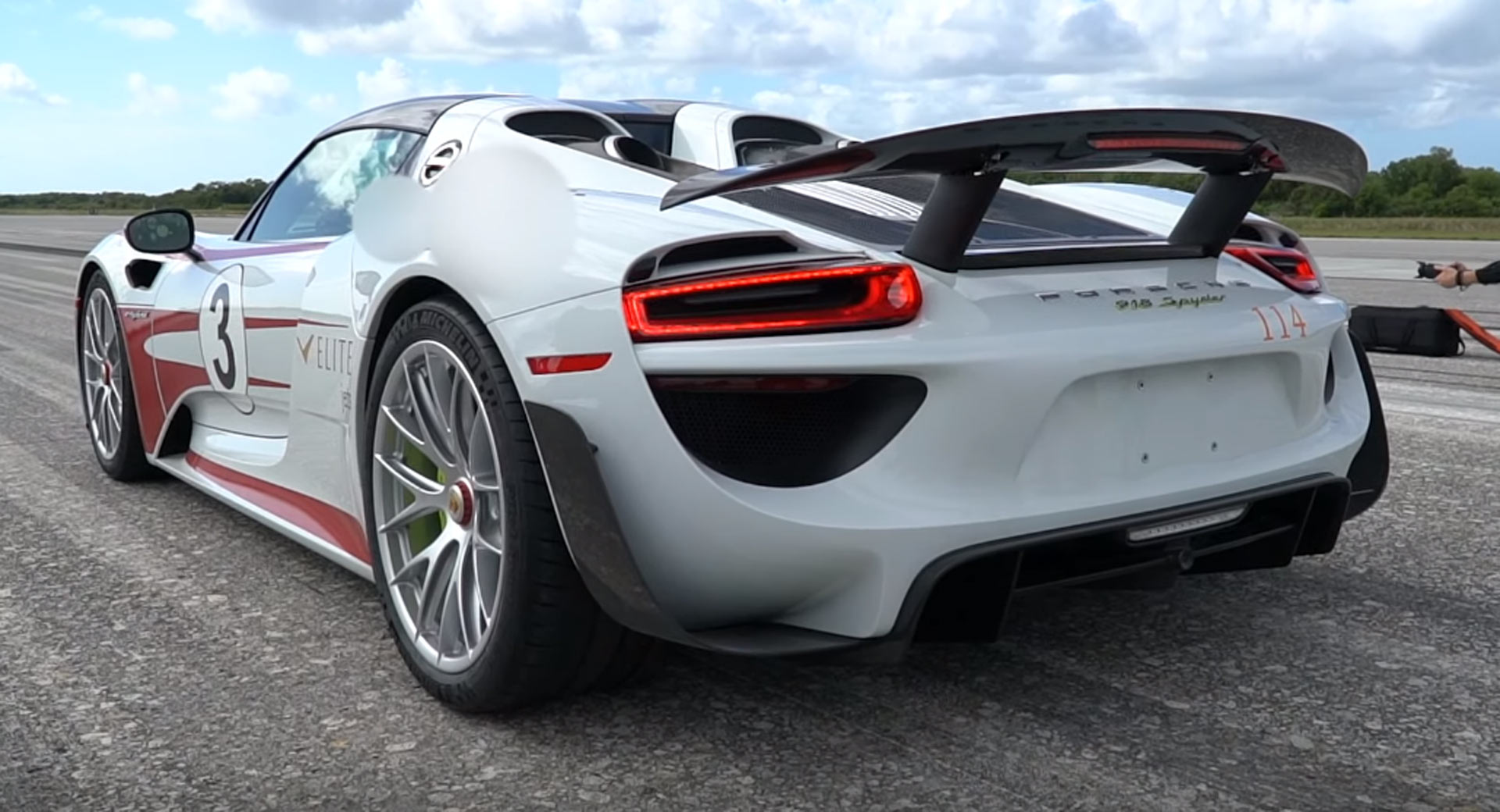 Compared to the McLaren P1 and Ferrari LaFerrari, the Porsche 918 Spyder has less power, is less exclusive, and sells for less on the used car market than both, but it remains an absolute weapon in a straight-line. Need proof? Just watch this video.

This clip shows a 918 Spyder with a stunning white and red livery accelerating at the Johnny Bohmer Proving Grounds, better known as the Kennedy Space Center. The German hybrid hypercar was unleashed down the 2.3-mile runway and able to hit a top speed of 214.4 mph (345 km/h). Had it been able to accelerate for a little longer, we’ve got no doubt that it would have continued towards 220 mph.

Lying at the heart of the 918 Spyder is an advanced hybrid powertrain that combines a naturally-aspirated 4.6-liter V8 engine with two electric motors. The internal combustion engine alone, which is based on the engine used by the Porsche RS Spyder race car, churns out no less than 599 hp at 8,700 rpm and 398 lb-ft (540 Nm) of torque at 6,700 rpm.

Electric power is provided by one motor at the rear axle and one at the front axle. The electric motor at the rear delivers 154 hp while the motor up front offers up 127 hp. Combined, the 918 Spyder’s powertrain is good for 875 hp and 944 lb-ft (1,280 Nm) of torque.

Porsche claims its hybrid hypercar has a 214 mph top speed, the same figure achieved by this one. However, previous tests have shown that speed can be exceeded.