The 2021 Ford Bronco Sport has been photographed undisguised, ahead of its unveiling later this year.

Posted by the BroncoSportForum, the pictures reveal a rugged looking crossover with a Bronco-branded grille that is flanked by circular headlights. The latter appear to feature LED light rings as well as LED turn signals that flow into the grille.

Farther below, we can see a plastic front bumper with small fog lights. The model also has tow hooks and minimalist air intakes. 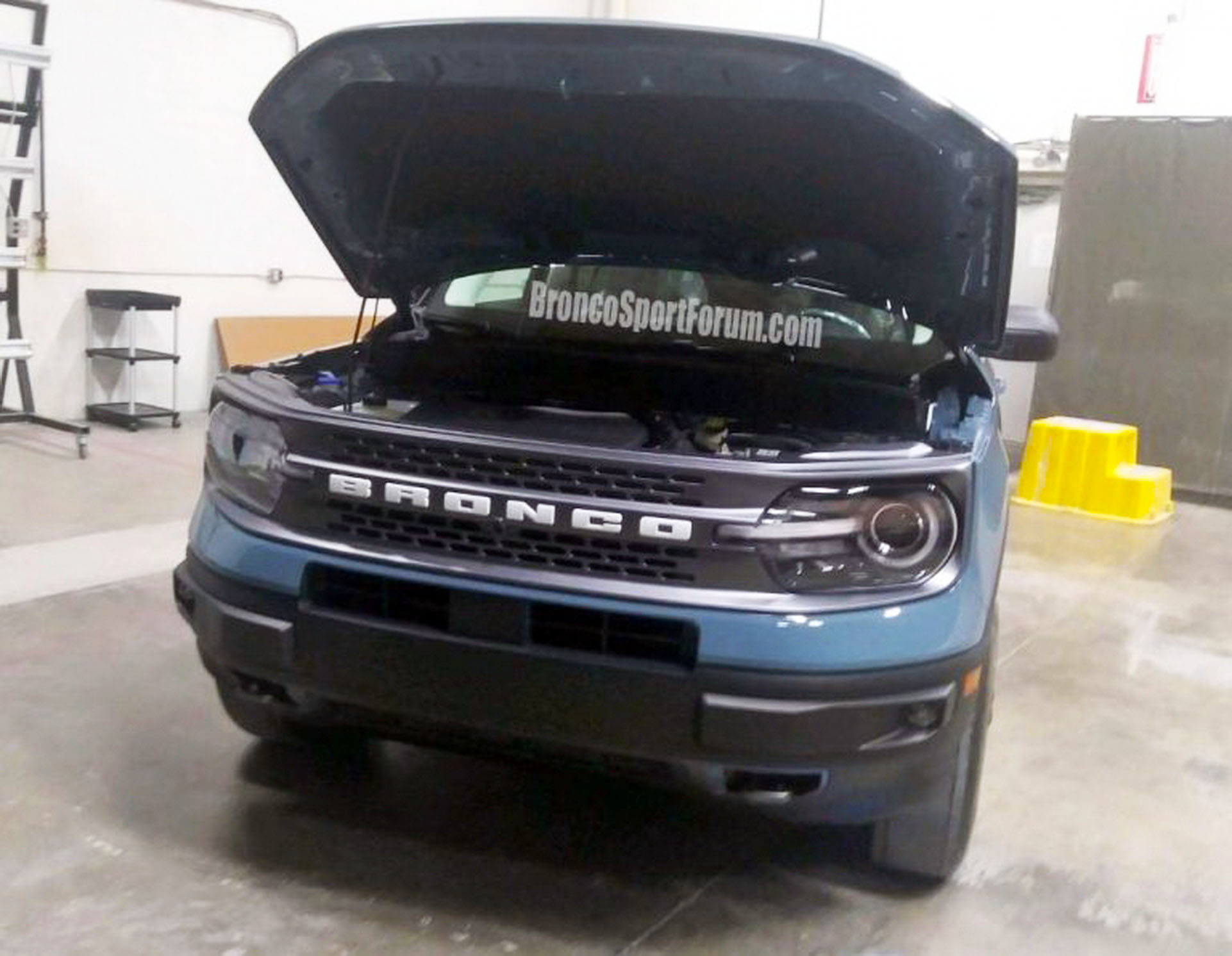 Moving farther back, the model has rounded fender flares and front fender vents. We can also see an angular windscreen and a stepped roof. Other notable highlights include a blacked out upper body, a dipped beltline and recessed accents on the doors.

Continuing to the rear, there’s three-dimensional taillights and a tailgate with prominent recesses. The upper one houses blocky “BRONCO SPORT” lettering, while the lower one resides just above a plain rear bumper.

While the Escape offers hybrid and plug-in hybrid options, previous presentations have suggested they won’t be offered on the Bronco Sport – at least initially. However, we can expect to learn more shortly as the baby Bronco is expected to be introduced next month. 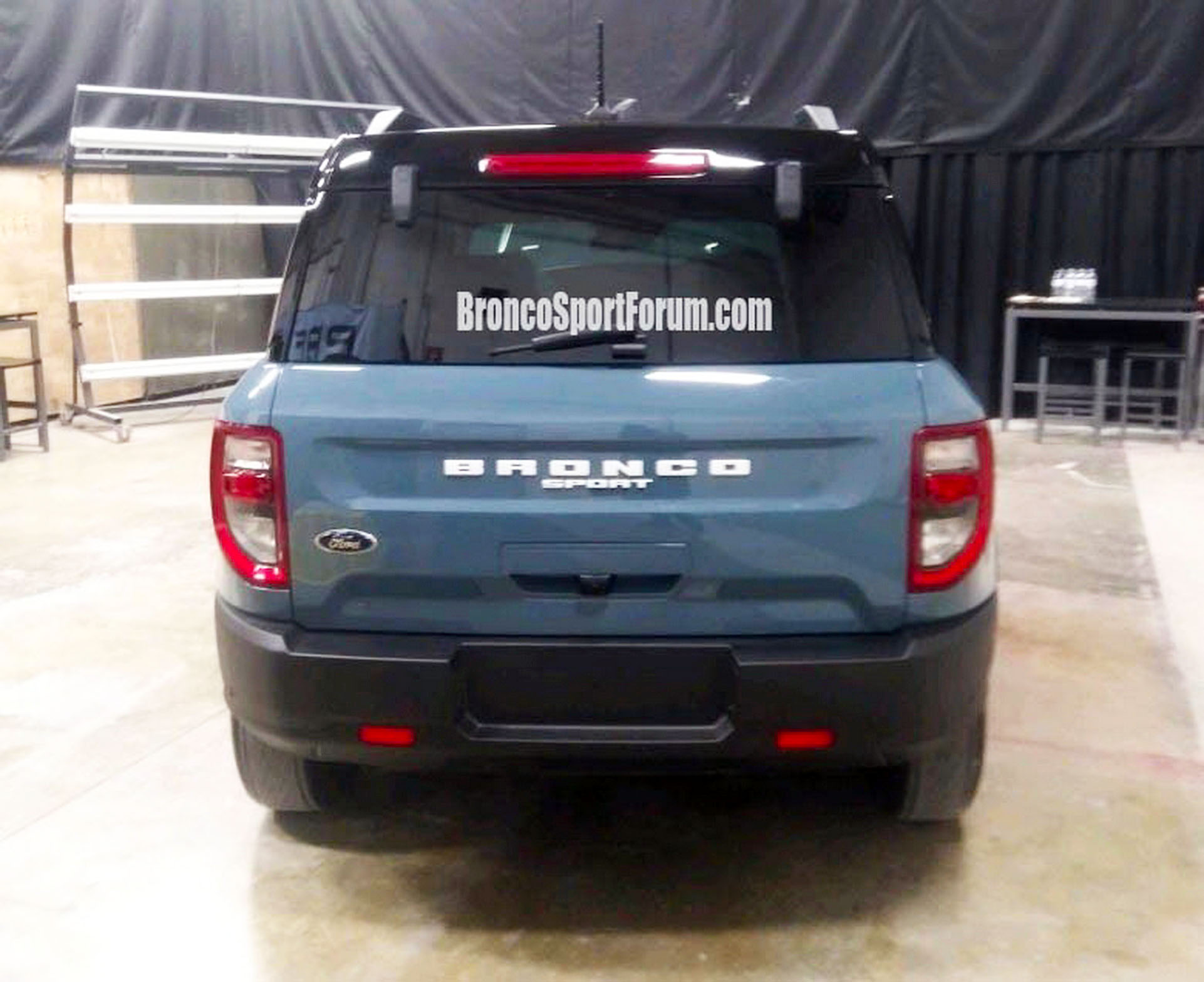 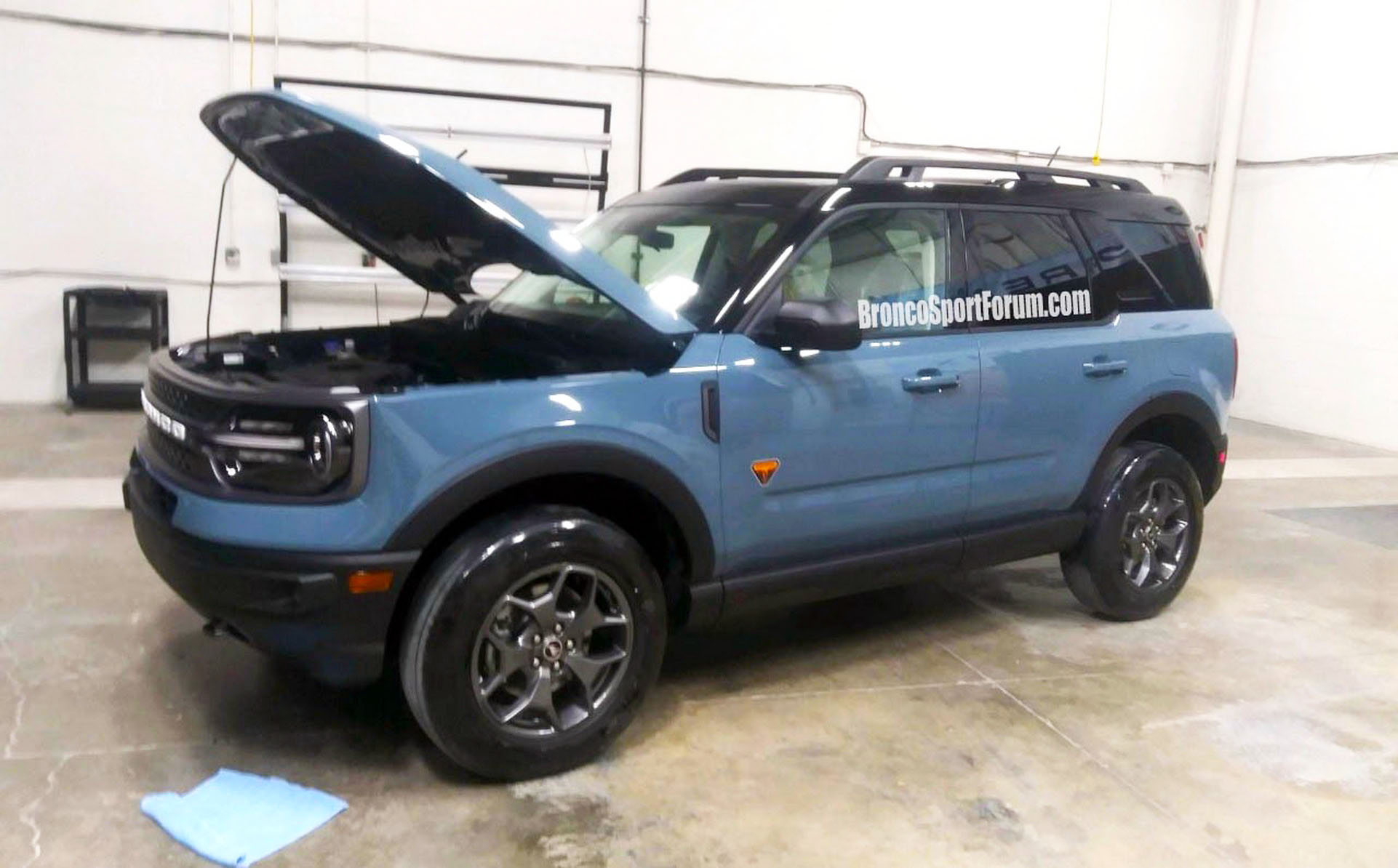