Following hot on the heels of the Bronco Sport leak, the latest images – posted by Bronco6G and Juggernaut Performance – have us a tad perplexed.

Pictures of the four-door model were first to surface and we had doubts about their authenticity due to the low quality of the image and some blurriness which didn’t seem to add up.

Regardless, the picture shows a rugged SUV with a Bronco-brand grille and LED headlights which echo those on the Bronco Sport. We can also see a beefy front bumper with what appears to be tow hooks. 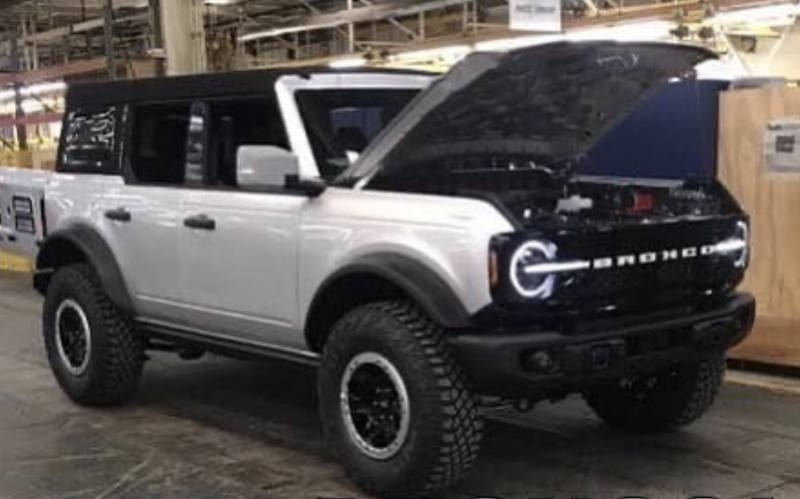 Elsewhere, the model has prominent fender flares and beadlock-style wheels wrapped in sizeable off-road rubber. We can also see a streamlined body, a dipped beltline and an angular shoulder line that recalls Broncos from the past. The picture also shows a side-opening tailgate similar to the Wrangler’s.

While previous pictures have shown the Bronco with the roof off, here it’s seen in place. Details are hard to make out, but it will be removable to allow for an open air experience.

The picture of the two-door Bronco is more convincing and it retains many of the same styling features as the four-door model. Besides losing two doors and a significant amount of wheelbase, there’s a longer side window. We can also see some mounts on the hood and they have been hinted at in previous teaser photos. 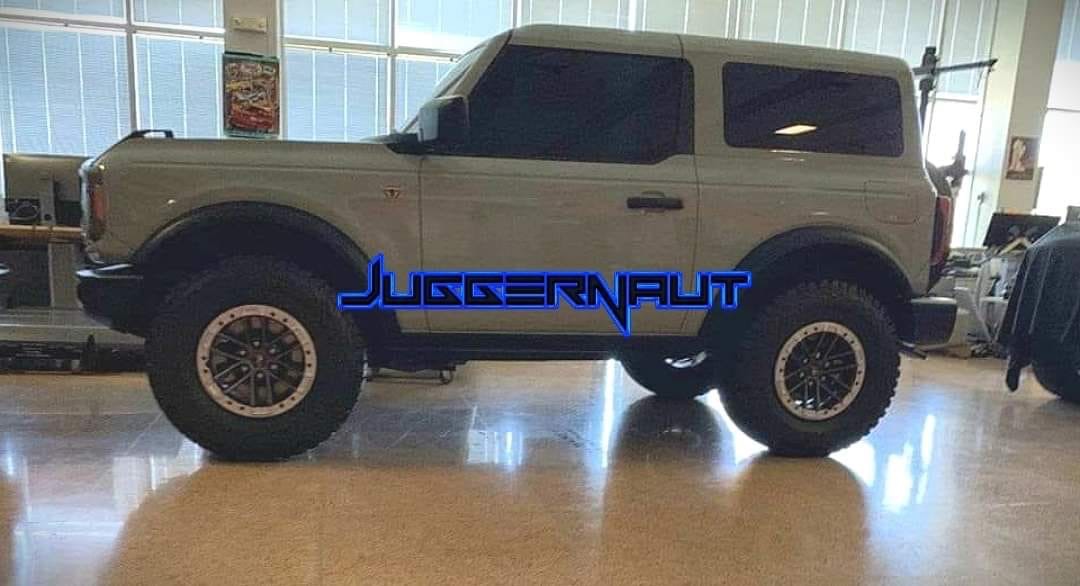 While we can’t confirm the authenticity of these images, we spoke to someone who suggested the photos are indeed legitimate, but probably show pre-production cars. As such, they cautioned that the final production model may have some minor changes. We’ve also reached out to Ford and will update this post when / if we hear back. 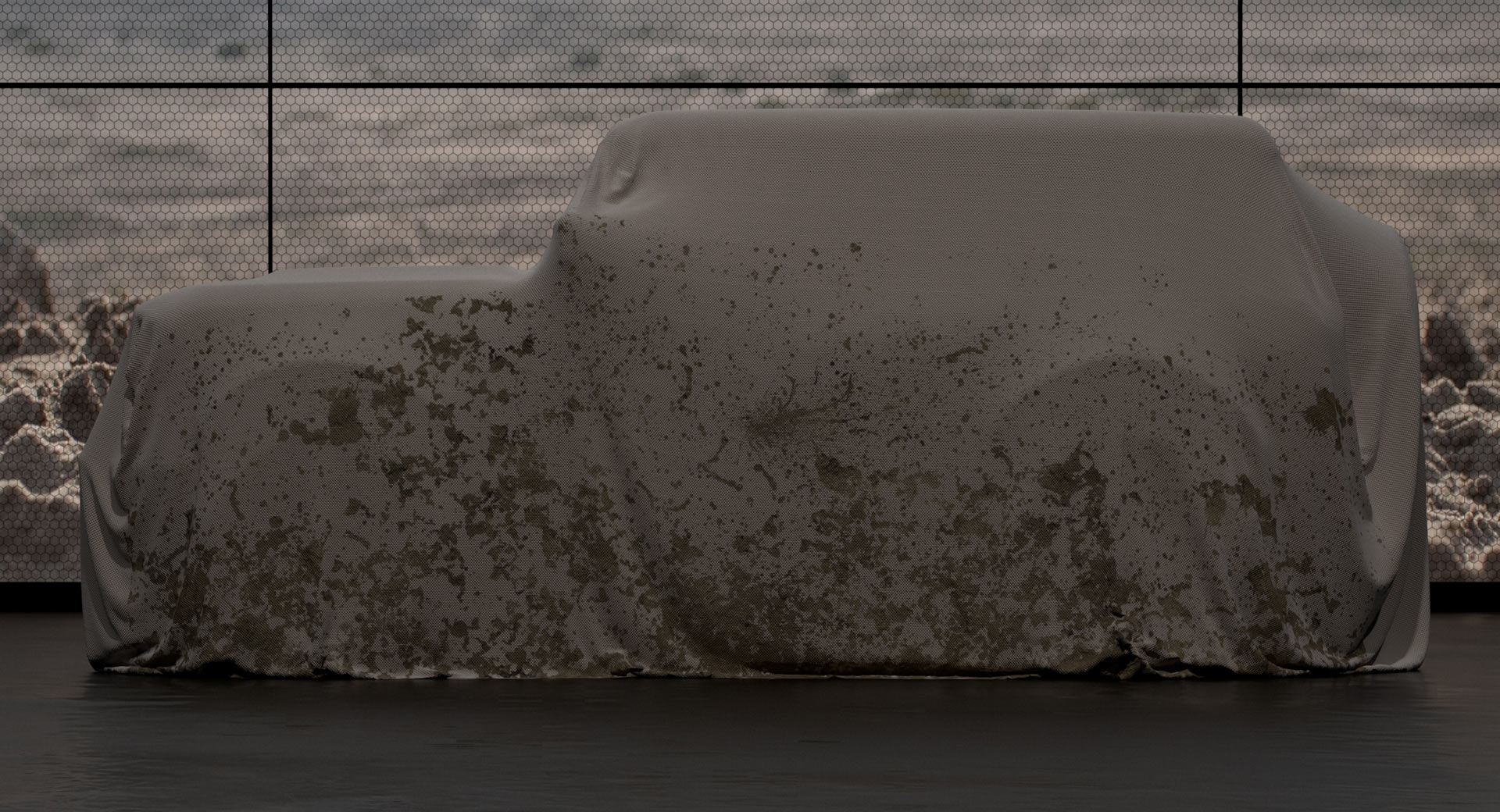 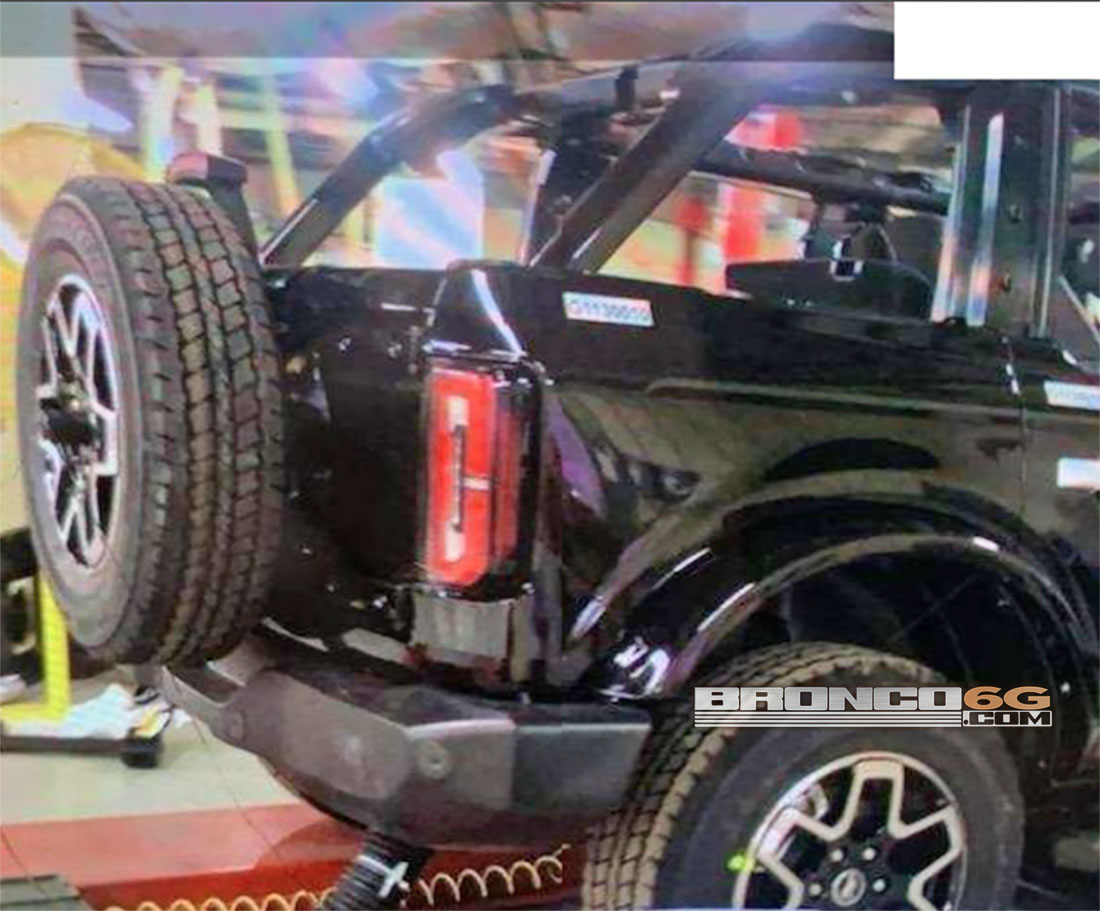