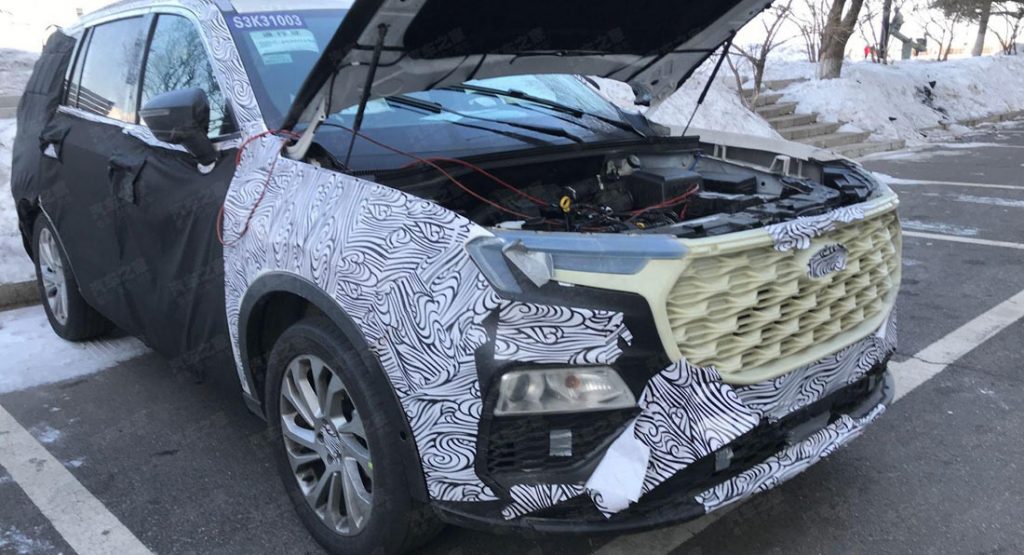 A handful of spy images have emerged out of China showing a new seven-seat SUV being developed by Ford for the local market, though at this point, very few details are known about the vehicle.

It’s not clear on what platform the crossover is based but from the pictures of the underbody it appears to be a front-wheel drive model. In all likelihood, four-wheel drive will also be offered. China’s Autohome that spied the crossover reports that it will be manufactured by the Jiangling-Ford joint venture.

Found at the front of the prototype pictured is a large grille with a mesh design. We can also see a secondary grille towards the base of the front bumper as well as a pair of air intakes. There are also sharp headlights and secondary light units housing the turn signals. Little can be said about the SUV’s sides and rear due to the camouflage and black body cladding.

Read Also: Ford Territory Crossing The Pacific From China To South America In 2020 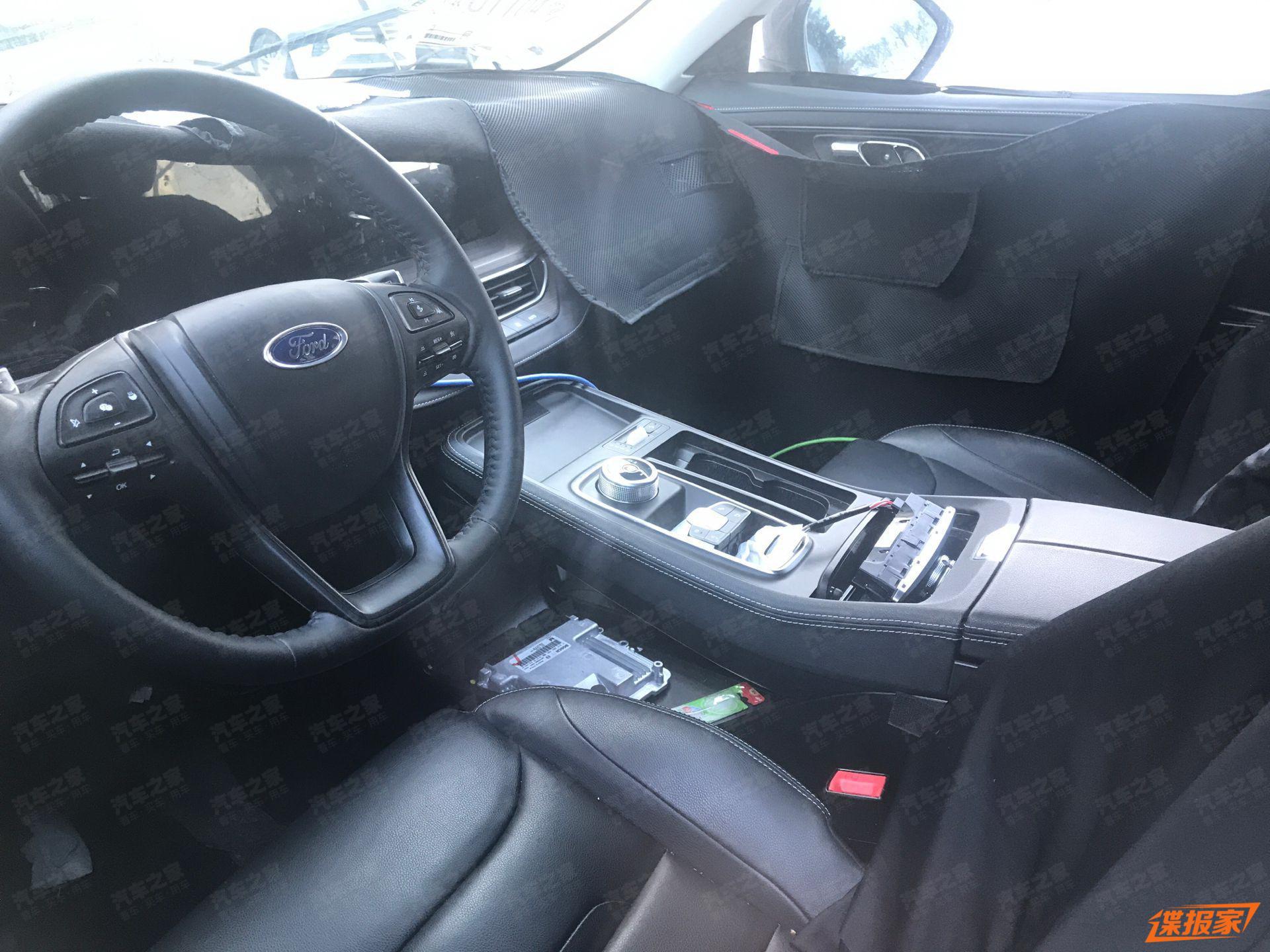 Inside, we can see the SUV in question rocks a large rotary dial shifter and a  steering wheel similar to that of the Ranger truck. There also appears to be a wireless charging pad towards the top of the center console.

The prototype features a multi-link design as well as a spare wheel underneath. Images of the engine bay reveal a horizontally-positioned four-cylinder engine tipped to displace 2.0-liters and come equipped with an eight-speed automatic transmission.