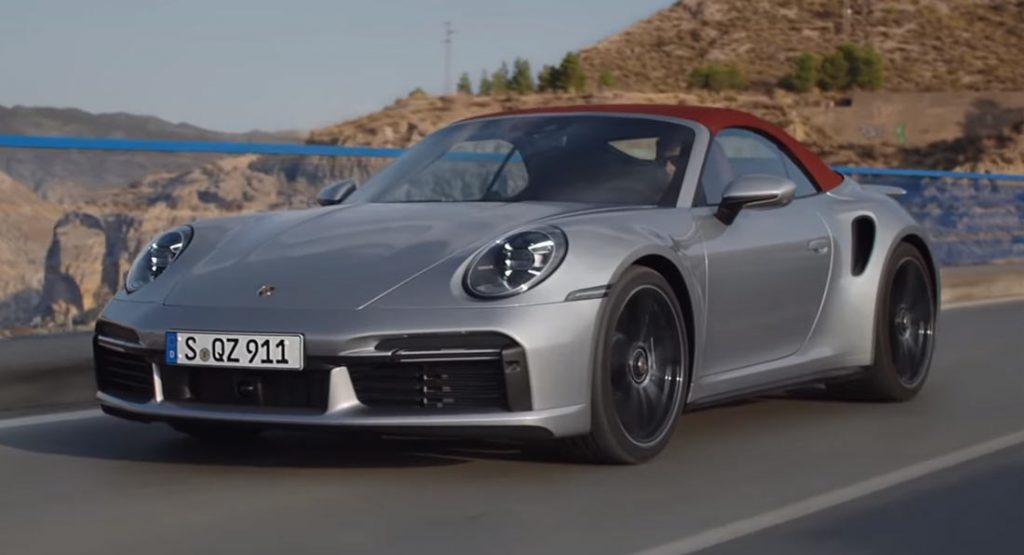 While the new Porsche 911 Turbo S may not look very different than the previous iteration, it does feature a host of new technologies that are highlighted in this video from the automaker.

The first thing to know about the new 911 Turbo S is that while it uses a 3.8-liter twin-turbocharged six-cylinder like the previous model, the engine is new and has not been carried over from the 991-generation model. This engine packs a serious punch with no less than 641 HP (650 PS) and 590 lb-ft (830 Nm) of torque on tap.

One of the first aspects of the new Turbo S detailed in this video is the active aerodynamic systems. Depending on the driving mode, a chin spoiler can deploy at the front end to increase downforce while the rake of the rear wing also changes to stick the car to the pavement.

Also Watch: New Porsche 911 Turbo S Proves You Can Have Speed And Subtlety

Also present is a dedicated ‘Wet’ mode found on other 992 models that’s been designed to increase stability and driver support on wet surfaces while also reducing the risk of aquaplaning.

There are further systems to help the driver. For example, Porsche InnoDrive is featured, complete with a display that informs drivers of upcoming curves and turns in the road. There is also adaptive cruise control and lane-keeping assist to ensure the car is just as capable cruising along the highway as it is speeding down a mountain pass.