Rally legend Walter Röhrl has every right to be proud of his latest purchase: a Porsche 356 that has ditched its four-cylinder engine for none other than the turbo flat-six unit of the original 911 Turbo.

The very tastefully done Porsche 356 “3000 RR” – referring to the engine’s displacement and the initials of its new owner- comes with a pretty wild story too. The project was originally created by Viktor Grahser, an aviation mechanic and one of the founding members of the Australian Porsche 356 Register, who returned home to Austria together with not just this turbo-powered 356 but with another two 356s.

Grahser kept his 356/930 project inside a container together with another modified 356 up until his unexpected death. The car was originally a 1959 356 B Roadster, and was fitted with the 3.0-liter six-cylinder engine from a 1977 930 Turbo. 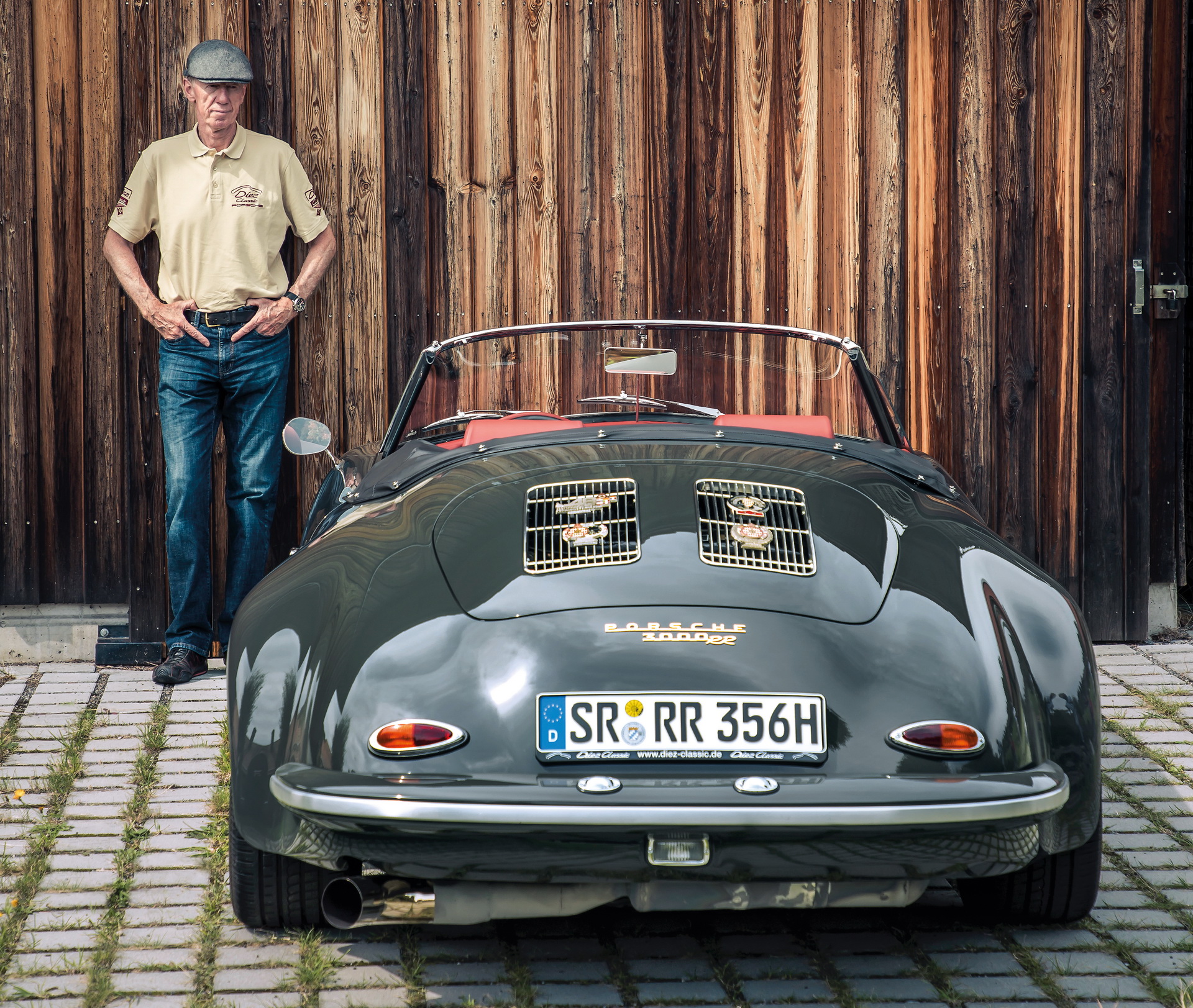 Grahser would frequently open the doors of the container just to be near his favorite project, sitting on a cushioned chair on the left wall of the container. He knew that the turbocharged 356 required a restoration and a few more things to shine again but unfortunately he never had the time to get it done.

Soon after the death of Grahser, the three Porsche 356s were acquired by Rafael Diez of Diez Classic, who almost immediately started working on restoring and completing his work on the turbocharged 356. The car was already fitted with wider fenders, the engine hood featured a pair of air intakes while the front end was fitted with an unusual front lip that resembled that of a 911 S.

Diez completed Grahser’s work by converting the car to left-hand drive, doing a lot of metal work and body welding, as well as painting the whole car among other. It’s now finished in slate gray over a red interior.

When Diez asked Walter Röhrl to test drive the 930 Turbo-powered 356, the rally legend was at first sceptical. “I approached this converted 356 B Roadster with its turbo parts very gingerly; it looked like too much had been altered. So I was all the more astonished at how perfectly balanced it felt right from the start of the first test-drive,” Röhrl said.

“The low lip in front, the heavy engine behind, 260 hp—it drives smoothly and precisely, and it’s a lot of fun,” the two-time world rally champion added. The engine cover of the now christened 356 “3000 RR” is now proudly sporting Röhrl’s four victory badges from the Monte Carlo Rally.

Unfortunately, Viktor Grahser never saw his “Super Porsche” completed but his story will not be forgotten thanks to none other than Walter Röhrl.