Leave it to Wald International to find a way to make the Toyota Hilux look like something Thanos would drive. Dubbed the Sports Line Black Bison Edition, this Hilux is prepped for both rugged terrain, as well as an Instagram-worthy photo shoot.

Wald’s Hilux looks properly dark and menacing, thanks to bumper to bumper mods such as the wider fenders, massive mud-terrain tires, hood scoop cover and more.

The widebody kit alone adds an extra 55 mm (2.16 inches) in width, while the additional LED lights (including those on the front roof spoiler), add more road presence and of course better lighting when the sun goes down. 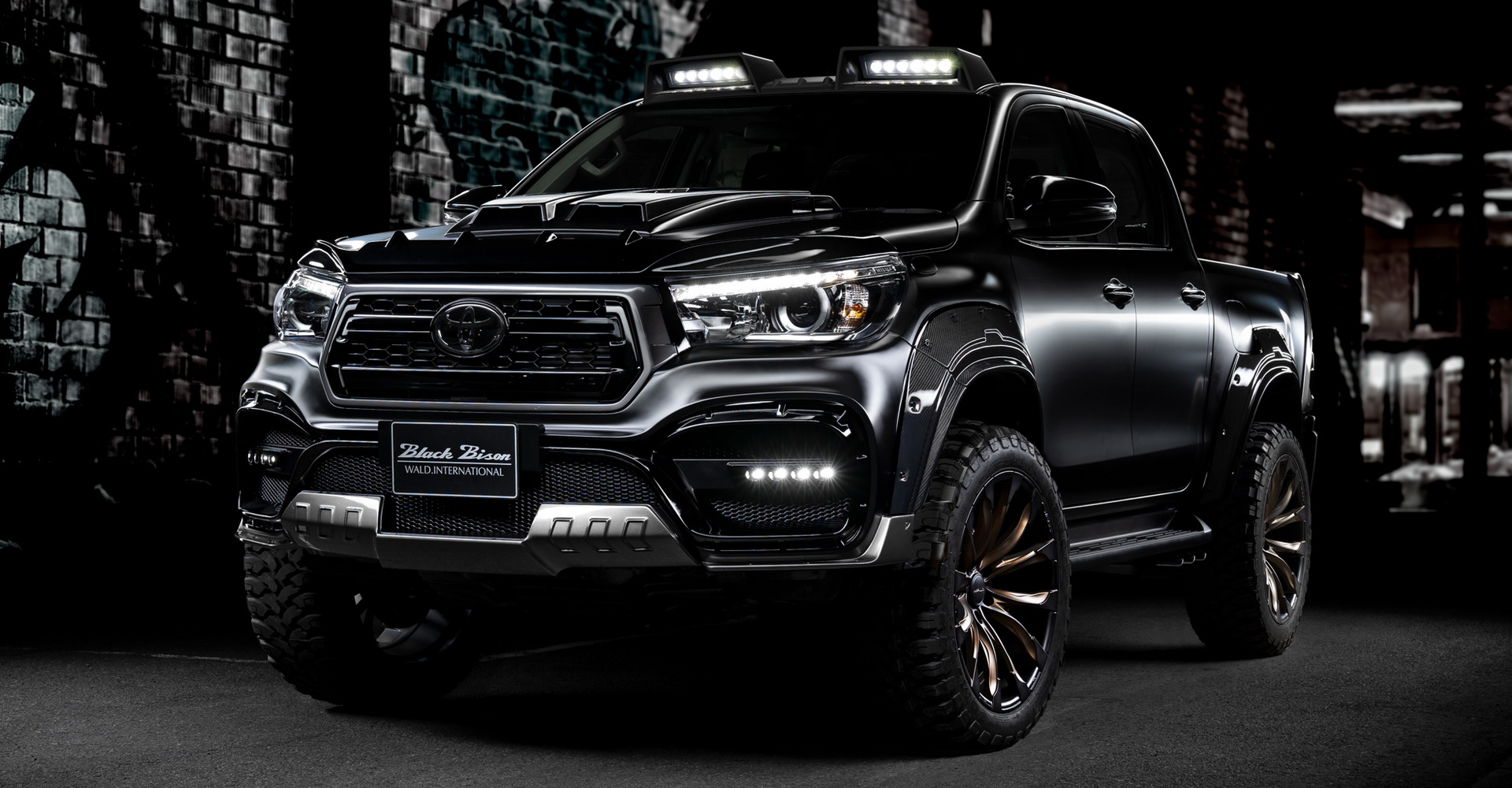 Read Also: Not Even The Somber Toyota Century Can Escape The Wald Side

Other features include the rear roof wing, custom front bumper, bug guard for the hood, rear tailgate spoiler and the rear spats, plus the tri-pipe side exhaust system for good measure. The Jarret 1PC wheels meanwhile can be had in 20-inches if you leave the fenders as they are, or 22-inches if you go with the fender extensions, as seen here.

The LED lights on the front roof spoiler feature a familiar design, as seen on other Wald-tuned products such as the Suzuki Jimny Black Bison, unveiled last year.

As for whether or not this is the most aggressive-looking 8th generation Hilux we’ve ever seen, we’re inclined to say yes. Honorary mentions would go to this TRD-tuned Hilux, as well as the Rugged X version, which we even reviewed for you Down Under. The latter we reckon might even give this Black Bison variant a run for its money in terms of wading depth.