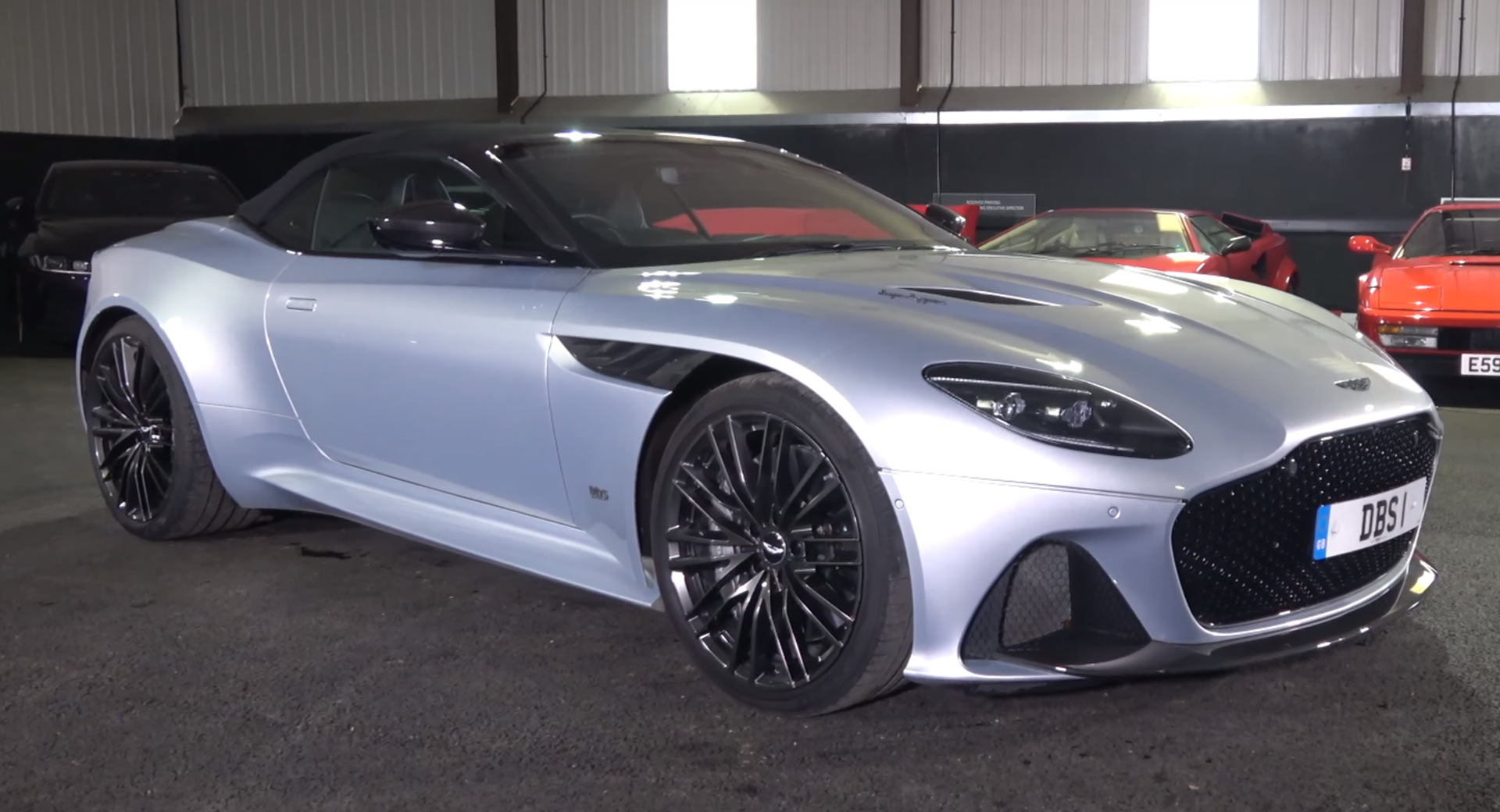 Until the likes of the Aston Martin Valkyrie, Valhalla, and new Vanquish arrive, the DBS Superleggera Volante sits right at the top of the marque’s range of performance cars. Harry Metcalfe recently had the opportunity to see what this powerful droptop is all about.

As Harry discovers during his test of the car, this engine offers up bucket loads of grunt and is absolutely effortless to drive at high speeds. This shouldn’t come as a surprise as the DBS Superleggera Volante has been designed as a hugely-powerful and fast GT car, as opposed to a supercar to rival cars like the Ferrari F8 Spider and McLaren 720S Spider.

The cabin of the car also looks to be a lovely place to sit. Most interior surfaces are adorned with plush, soft-touch leather and white contrast stitching on this particular example makes everything pop. There are also many matte carbon fiber accents to remind you that this is no ordinary Aston Martin and is one that means business.