The Amphicar might be the world’s most famous carboat, but you can stand out from the crowd this heavily modified van.

The listing doesn’t mention why this oddity was made, but it’s “completely street legal” and looks like a Sea Ray on wheels.

Also Read: This Eye-Catching Amphicar Will Leave You With Many Questions 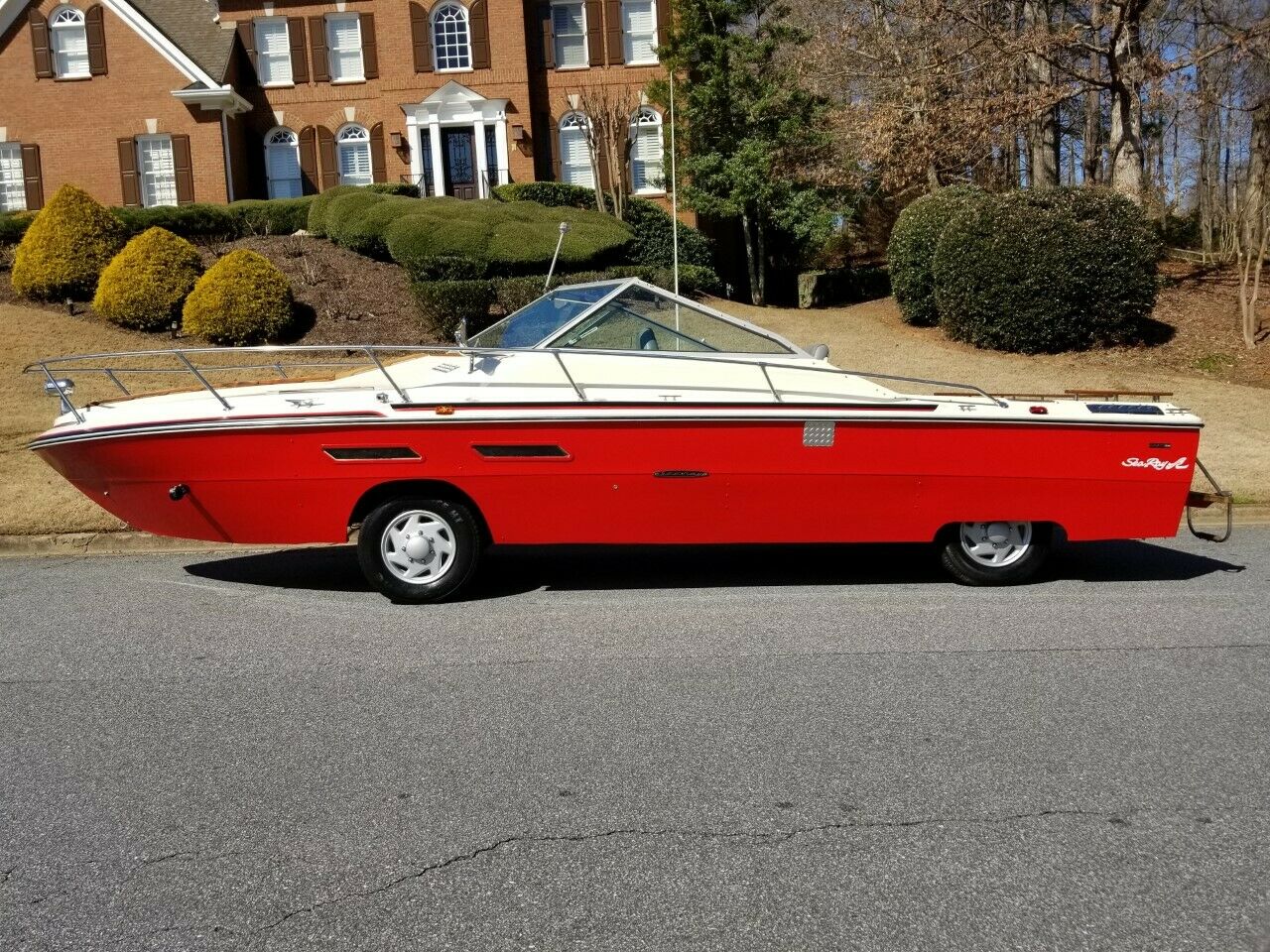 The vanboat was created over the course of six months and has been outfitted with a fresh paint job, refurbished teak wood and new marine grade carpeting. The model has also been equipped with mirrors, turn signals and brake lights to make it street legal.

While the exterior says boat, the cabin screams commercial van as much of the interior carries over. However, there are a few unique touches including a compass, a ship’s bell and a “Welcome Aboard” floor mat. There’s a also a ladder instead of doors, so entry and egress might be an issue.

Other notable features include air conditioning and a stereo. The model has also been equipped with a number of new components including brakes, tires and a radiator. As for power, it’s provided by an undisclosed V8 engine that apparently has 158,000 miles (254,276 km) on it.

While it’s probably safe to assume the vanboat won’t float, the listing says “Wherever she goes, she attracts major social media attention and is sure to win every car show she attends.”