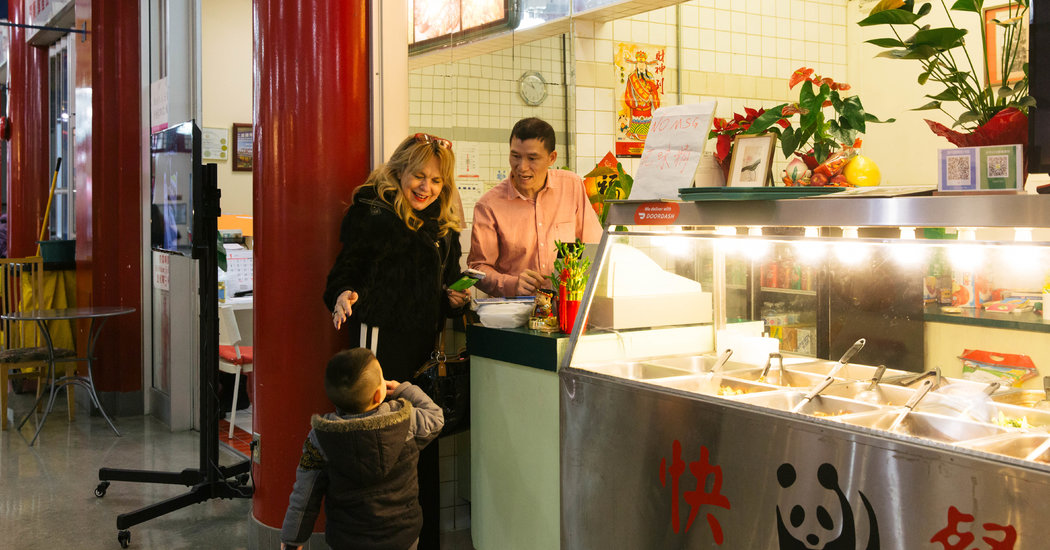 VANCOUVER — Bonnie Ye, 42, left China four years ago to marry a Vancouver man she met on a Chinese matchmaking website. Soon, her husband was shuttling between China and two homes in Vancouver, leaving her alone for long stretches to care for their young daughter. Now, the two are divorced.

Valerie Ng, 19, was so distraught as a child when her father left Vancouver to go work in Hong Kong, she bit his ear until it bled. But she and her mother came to dread his sporadic visits home: He was a “yeller.” After Valerie finishes college, her mother hopes to return to Hong Kong while her daughter plans to remain in Canada.

These are just two of the “astronaut families” who have made Vancouver a global hub for tens of thousands of people whose lives straddle Canada and China. They are known as “astronauts” because at least one parent — usually the father — spends so much time in the air, flying to and from mainland China, Hong Kong or Taiwan to financially support the family.

Drawn by Canada’s education system, passports for their children and a refuge outside authoritarian China for cash and kin, these transnational migrants are transforming the social fabric of Vancouver and pumping billions of dollars into the local economy while creating challenges for families pulled between two continents and two cultures.

“The fathers in Asia can become lonely and marriages are imperiled, wives face the stresses of managing a household alone, and the children can become spoiled when money and cars are substituted for the lack of parental presence,” said Prof. David Ley, an emeritus professor of geography at the University of British Columbia and author of a book on the subject, “Millionaire Migrants.”

Now that the government has told Canadians not to travel outside the country because of the coronavirus epidemic, living between Canada and China has become even more fraught and difficult.

The astronaut family phenomenon in Vancouver began in the late 1980s and early 1990s when Hong Kong residents flocked there ahead of the territory’s handover to China. Successive waves of astronaut families also came from Taiwan and mainland China, with the affluence necessary to support this global lifestyle.

By 2007, a study by the Chinese Canadian Historical Society of British Columbia found that two-thirds of male migrants to Canada from Hong Kong between the ages of 25 and 44 lived and worked outside Canada.

The influx of these cosmopolitan immigrants, with multiple passports and high incomes, has created a cottage industry to serve the astronaut lifestyle.

There are help lines to advise women how to cope with single parent child-rearing, psychologists to counsel adolescents suffering feelings of abandonment, and vacant home monitoring services that will change exterior decorations each month, trim hedges or even leave shoes outside a house to make it look like a family is home.

Vancouver has also become a North American hub for ownership of ultraluxury cars valued at $150,000 or more, with sales driven, in part, by new wealth from China. There are also lawyers on call to defend the “astronaut teenagers” who break the law in their superfast rides.

Chris Johnson, a Vancouver-based lawyer, recalled advising one young client, who kept crashing his yellow Lamborghini, to get rid of his flashy car. Instead, the 20-something, whose father lived in China, traded it in for a gray Lamborghini.

This flaunting of wealth, and the dangers posed by speeding young people, has become a point of contention in Vancouver, but gripes over soaring housing costs remain even more intense in this real estate-obsessed city, with foreign homeowners blamed, in part, for bidding up prices.

Vancouver has become among the most unaffordable cities in North America, stoking resentment against astronaut migrants in the city, said Andy Yan, an urban planner at Simon Fraser University in Vancouver.

“Race and class and income inequality are converging with the proliferation of ultrawealthy astronaut families in Vancouver,” Mr. Yan said.

The British Columbia authorities, concerned about the housing cost issue, have introduced a host of measures, including taxes on foreign homeowners and on the sprawling, empty houses that dot wealthy neighborhoods.

These moves, combined with efforts by China to enforce limits on the amount of money leaving the country, have been helping to slow the escalation of Vancouver’s home prices and temper some of the displeasure among city residents.

Many astronaut families reside in Richmond, a city near Vancouver’s airport with a large Chinese-speaking population, rows of large houses and sprawling shopping malls with signs in Chinese.

On a recent afternoon at a food court there, Ms. Ye, the woman who divorced her husband, lamented the sacrifices the astronaut lifestyle had entailed for her and her daughter Lily, 6, who sat quietly drawing in a coloring book.

After she gave birth to Lily in China in 2013, her husband sponsored her and her daughter to emigrate to Canada. But she said things quickly soured, with her husband often away. While in China, he rented out several properties there, becoming prosperous and buying two homes in Vancouver.

Despite his wealth, she said when he was in Vancouver he worked in low-end jobs as a waiter or in a supermarket in order to earn just enough money to maintain his permanent residency status. Taking low-skilled jobs to keep residency status is not uncommon among astronaut families when the breadwinner can’t find more lucrative work. ﻿

After her husband blamed her for not giving birth to a son, Ms. Ye asked for a divorce. She has no long-term interest in staying in Vancouver.

“The only reason I stay in Canada is for my daughter. As soon as she receives her Canadian citizenship, I’ll go back to China,” she said.

Queenie Choo, chief executive officer of Success, a Vancouver-based social services organization helping new immigrants, including many from China, said the transnational lifestyle created insecurities and a loss of intimacy for families divided by an ocean.

“The husbands who live overseas in China are like migrating penguins who go to search for food for their families,” Ms. Choo said.

In addition to feeling isolated, the wives left behind can also experience culture shock when their Canadian teenagers turn their backs on Chinese culture or defy parental authority, Ms. Choo said.

But some of these women also report finding a sense of liberation, in particular those from more patriarchal families, Professor Ley said.

“When you asked, ‘What is stressing you?’ some replied it was when their husbands returned home from China,” he said.

Some families find the separation too much to bear, and abandon the astronaut lifestyle.

Eson Zeng, 46, said he felt lonely during the four years he spent apart from his wife and child, interacting with them only over WeChat, the Chinese social media site, during months of separation. He now works 12 hours a day at a Chinese food stand in Vancouver.

For the children of astronaut families, the lifestyle has challenges but also many benefits.

William Hou, a business student at the University of British Columbia, grew up in Richmond, with his father running an auto parts business in Beijing and spending every other six months in Vancouver.

When in Vancouver, his father would refuse to answer him if he spoke English. His son resented it at the time. “I would say, ‘I am Canadian. Why do I need to speak Mandarin?’” Mr. Hou recalled. “But my father said, ‘You must not forget where you came from.’”

But Mr. Hou, a straight-A student, came to appreciate being multilingual. He credited his family situation for providing him with economic opportunities, a strong sense of independence and the ability to live comfortably in two different worlds.