The one featured here was is a 2008 Challenger SRT8 First Edition with only 15 miles (24 km) on the clock. Yes, that’s not a typo; this Challenger has delivery mileage! The vendor, who has it up on eBay, states that it was directly stored in a warehouse since it was first acquired 12 years ago and has never been driven.

Surprisingly, this isn’t the first time we’ve encountered a 2008 Dodge Challenger SRT8 being stored immediately after delivery, coming out for sale after a decade or so. Just last year, we discovered a red 2008 example with just 11 miles on the odo.

Back to the First Edition seen here, speaking for its brand new condition are the pictures that show the fresh black paint on the outside, five-spoke alloy wheels and red brake calipers, as well as the black leather and Alcantara interior with red accents that has no wear and tear. The car is nicely specced, with the owner claiming to have paid $5,000 in options alone, so it comes fully featured with a sunroof, air conditioning, power locks and windows, electric adjustable seats, CD player, cruise control and more. 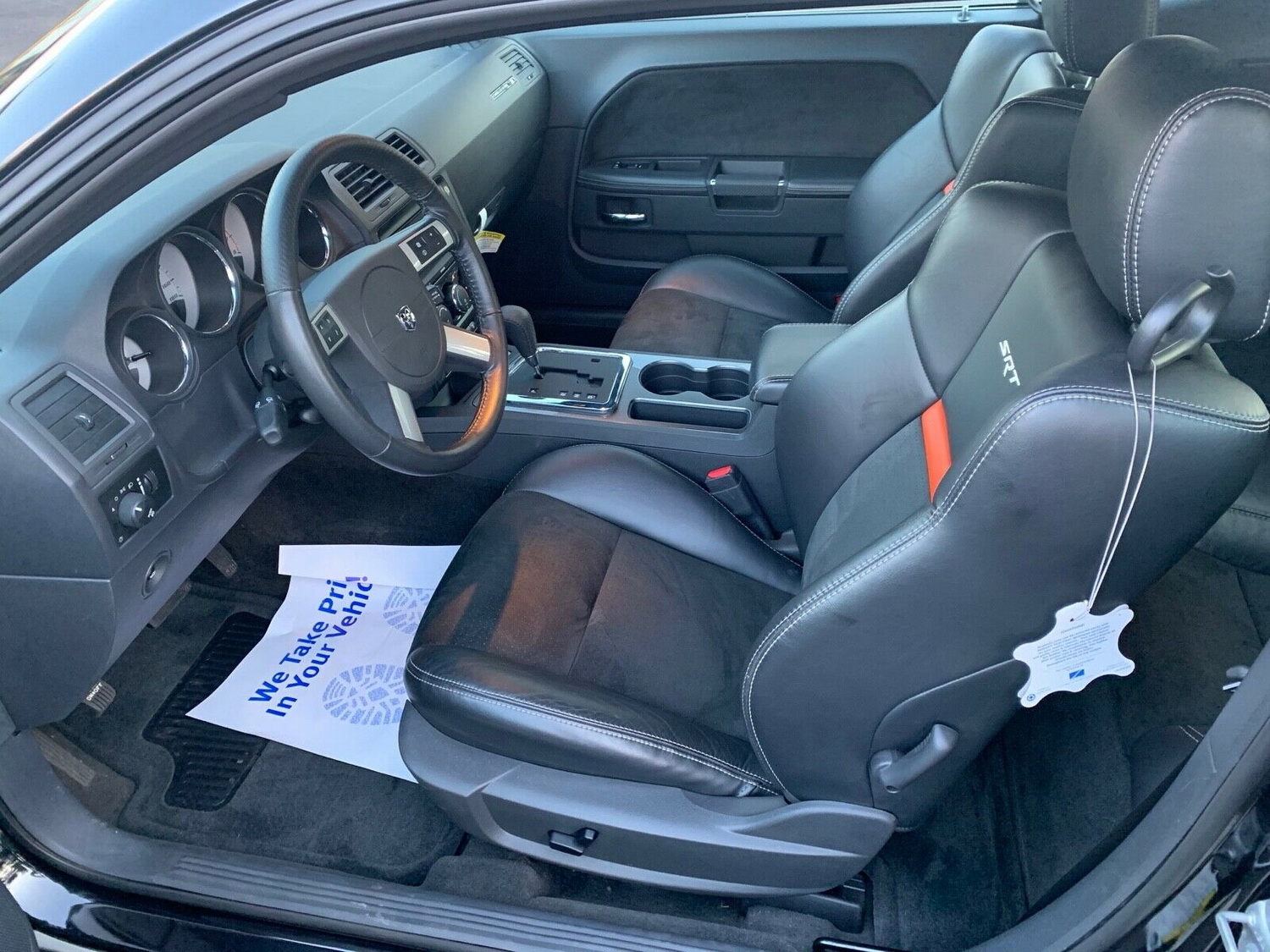 For power, you are looking at the 6.1-liter HEMI V8 delivering 425-horsepower hooked up to an automatic transmission driving the rear wheels.

As for how much it’ll cost you, the Challenger SRT8 First Edition is listed for just $27,000. Given that the base price of the model back in 2008 without any options or dealer gouging was $40,158, keeping it locked up wasn’t the brightest idea. Of course, the fact that Dodge hasn’t stopped making the same generation Challenger for 12 years hasn’t helped either. But let’s just say the owner paid $45,000 with the options in 2008 (which in today’s money is $55,000 if you count in inflation). This means they lost tens of thousands of dollars just to keep it stored for the next owner.

At the time of writing, 35 people had their eye on it, although no one placed offer. The listing ends next Friday, on March 27, so you have enough time to decide whether this is the car you want to park in the driveway.