Not long after the first customers started to receive their Tesla Model Ys, the DragTimes YouTube channel has put the top-of-the-range Performance variant through its paces.

The owner of the car traded in his four-year-old Tesla Model S P100D for the Model Y Performance. As you’d imagine, the company’s new SUV is not quite as blisteringly fast as its flagship sedan but it is no slouch.

Powering the Model Y Performance are a pair of electric motors and Tesla says it can hit 60 mph (96 km/h) in 3.5 seconds. While testing the electric SUV out on the street, Brooks was able to record a 0-60 mph time of 3.4 seconds. He comments that the SUV doesn’t seem to pull quite as aggressively as the Model 3 Performance off the line but that it starts to feel stronger as it gathers speed. 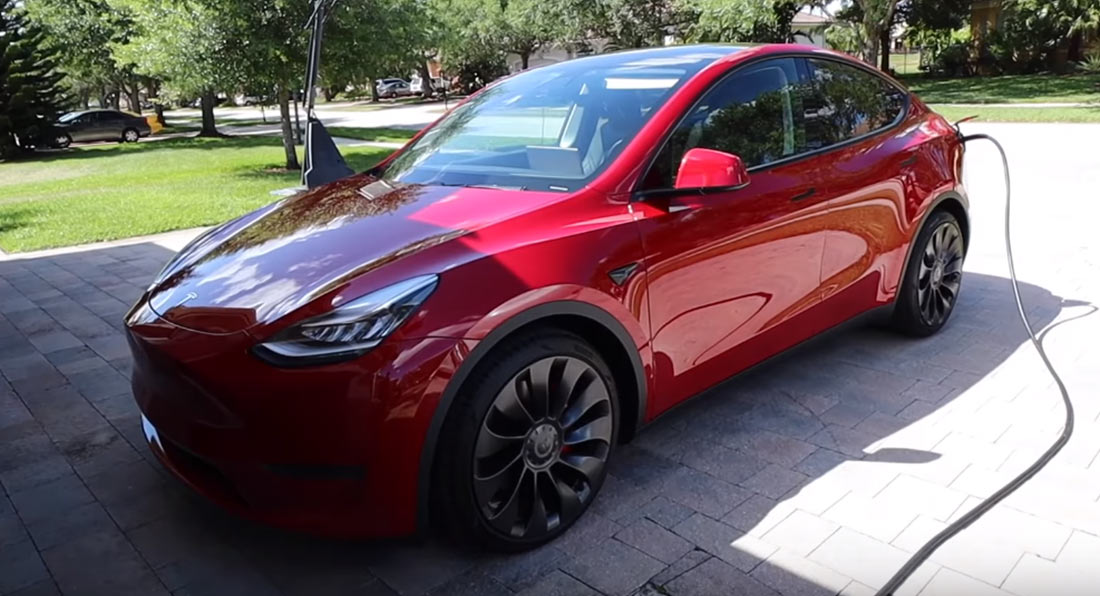 It’s not just the straight-line grunt that makes the Model Y Performance impressive. Shortly before deliveries commenced, Tesla revealed its range had been improved from 280 miles (450 km) to 315 miles (507 km) on a single charge. That’s the same range as the Model Y Long Range.