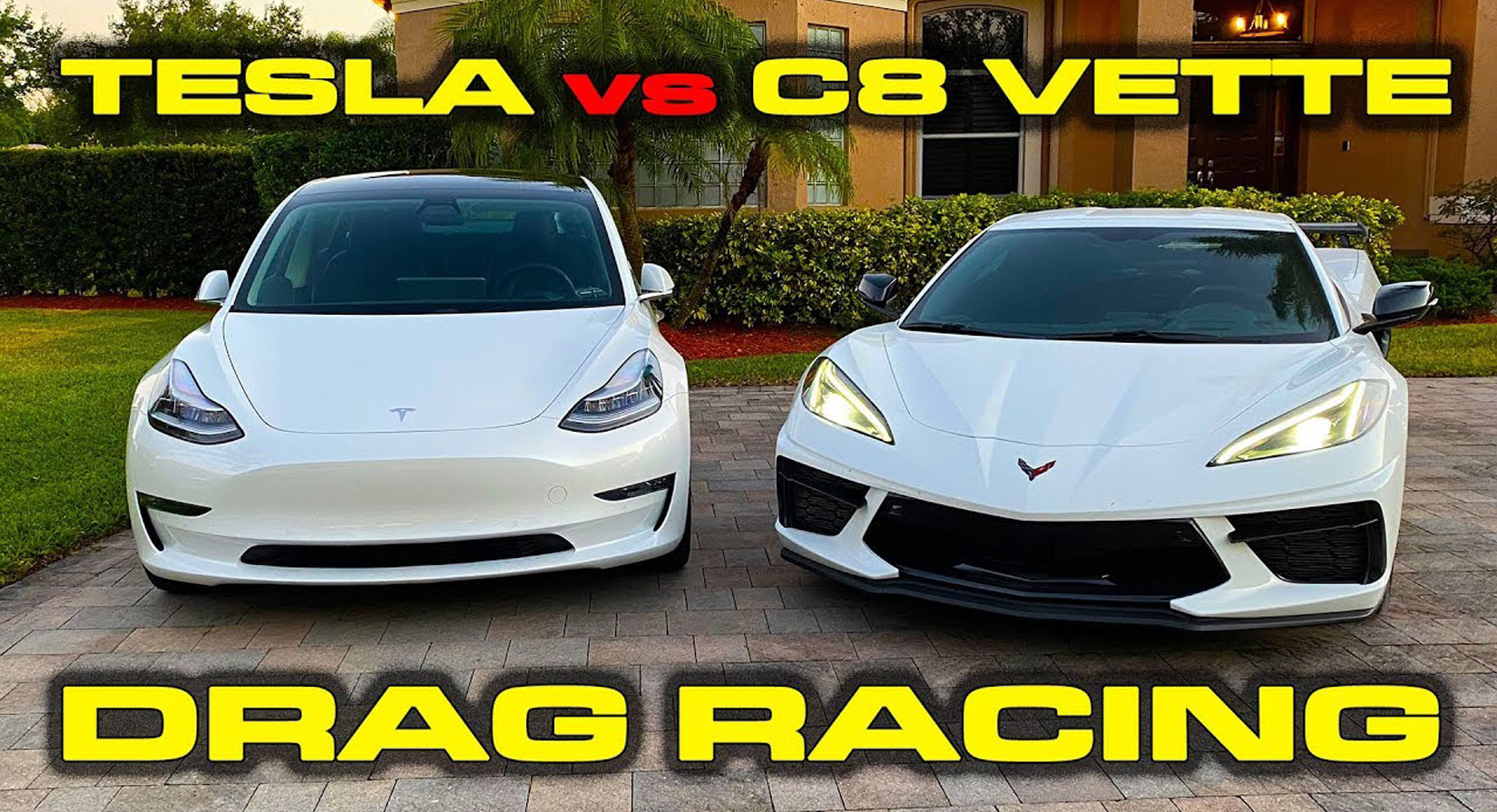 If you had to choose between owning a Tesla Model 3 Performance or a 2020 Chevrolet Corvette Stingray, which would you pick?

Of course, these two are not rivals and appeal to different shoppers but, as this video shows, they offer similar bang-for-your-buck performance. The Corvette featured in this clip from DragTimes is owned by YouTuber The Stradman and equipped with the Z51 Performance Package. Like all other C8s, it’s fast. Very fast.

While performance testing the car, the YouTubers were able to hit 60 mph (96 km/h) in a best time of 3.1 seconds. At one stage, they also came across a white Tesla Model 3 Performance and ran a handful of impromptu races which, mind you, were done on public roads, something we do not condone.

Also Watch: Yes, You Can Buy An Exotic Supercar For Less Than A 2020 Corvette C8 – But Don’t

The first two races are particularly interesting. In the first, the Tesla got a slight jump on the Corvette but not by much and opened a small lead before the Corvette was able claw its way back as the speeds increased. In the second race, it was actually the Corvette that got the better launch and maintained a slight lead. The Tesla driver got a significant head-start in the third and final race and won easily.

Starting prices for the Model 3 and Corvette Stingray are both very similar, kicking off at $56,990 and $59,995 respectively. The Tesla is obviously far more practical than the ‘Vette and we presume is a touch easier to live with but if you could only have one, which would it be?