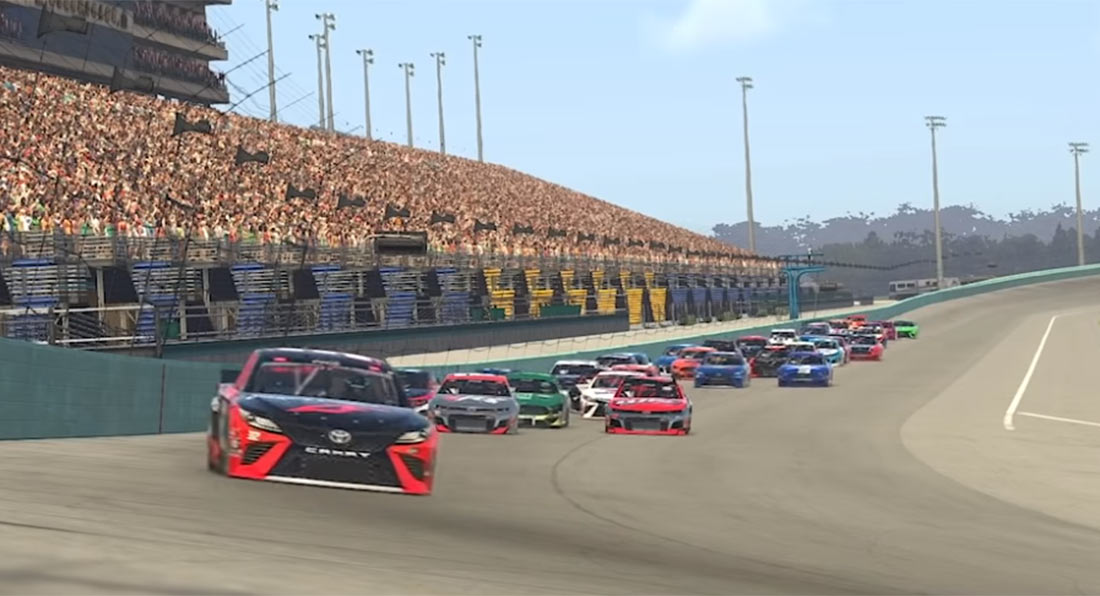 With most sports around the world canceled due to the coronavirus, NASCAR and Fox took the bold decision to air the inaugural eNASCAR iRacing Pro Invitational Series race on March 22. And guess what? It actually proved quite popular.

On the back of this success, Fox has committed to showing the rest of the season that will continue on March 29th at 1 p.m Eastern at the Texas Motor Speedway (in the virtual world). Making the esports competition all the more interesting to viewers is the fact that real-life NASCAR drivers such as Dale Earnhardt Jr, Bobby Labonte, Kyle Busch, and Denny Hamlin are all competing.

The video below shows that the race was aired in a very similar way that NASCAR would be, with familiar Fox broadcasters including Jeff Gordon even providing the commentary. The gaming isn’t entirely accurate, however, as iRacing doesn’t include any pit personnel changing tires or fueling up the cars when they come into the pits. Consequently, the broadcast shows the cars sitting in pit lane, being jacked up, and then dropped back down to mimic a stop.

As for the real-life NASCAR series, it has been postponed until at least May 3 following the cancellation of the Atlanta and Homestead-Miami races. The IndyCar Series has also been delayed and organizers are hoping they’ll still be able to run this year’s Indy 500 scheduled for late May.