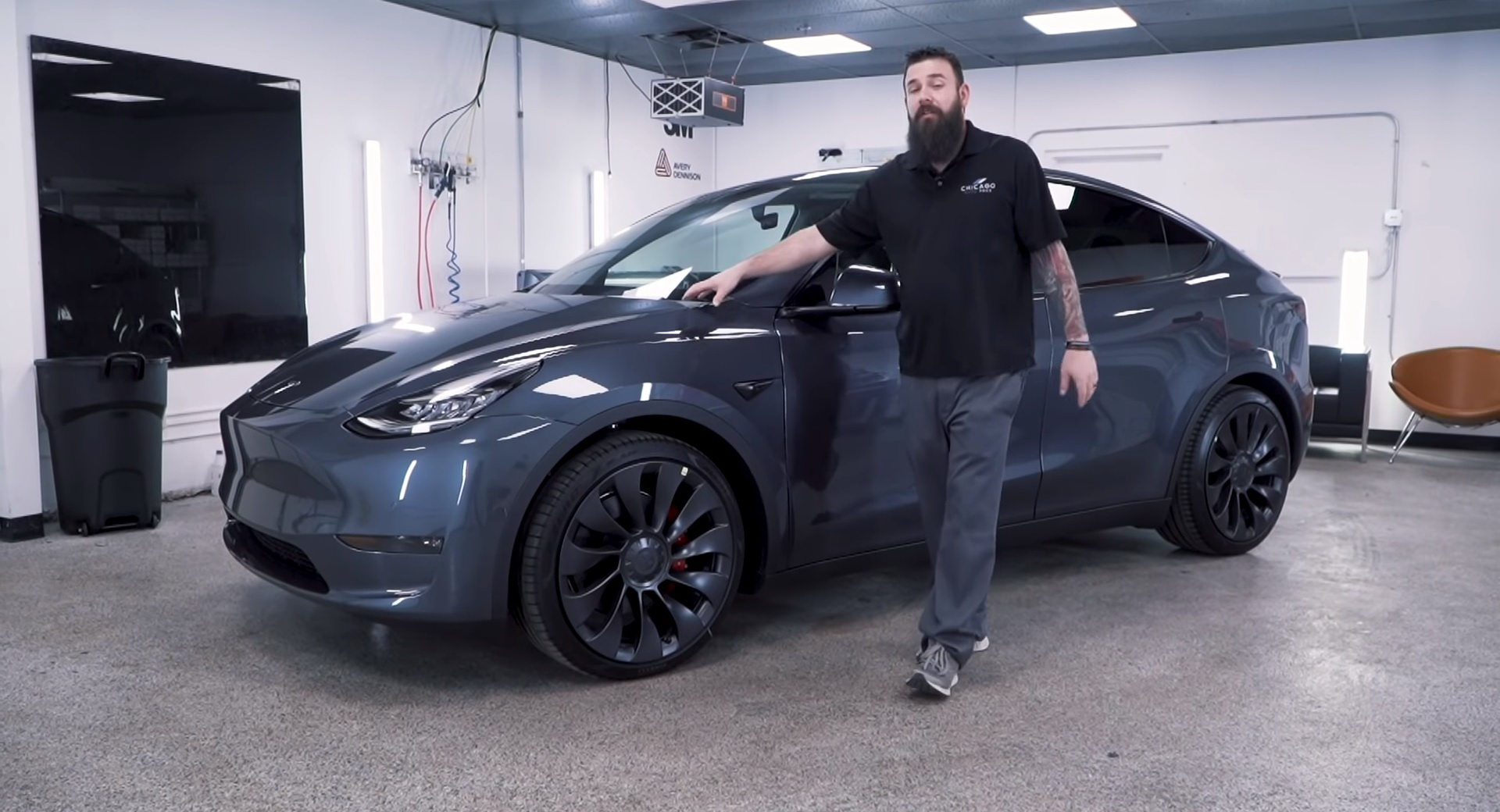 Tesla has been notorious for delivering poorly painted cars to customers over the past few years -among other issues- so it’s only natural to be curious about the quality of the paint on the new Model Y.

Chicago Auto Pros got a brand new, delivery-mileage Tesla Model Y for color correction and preparation, giving us a complete review of the vehicle’s paint issues as well as those inside the cabin.

Also Watch: Is The New Model Y The Best All-Around Tesla You Can Buy Right Now?

Although Tesla’s paint quality has been reportedly improved, there are still some problems that are either caused by the factory paint shop or even the pre-delivery preparation. The dark blue Tesla Model Y here still came with plenty of dust nibs, scuff marks and even some paint peeling on the edge of the bonnet.

And while the majority of the dust nibs can be fixed by an experienced detailer, some of them are actually too big for correction and require the entire panel to be repainted. Even the plastic trim on the rear bumper was found to be lightly scuffed.

This Tesla Model Y also came with some pretty obvious fit and finish problems in its cabin, with the most infuriating being one of the front visors, which had already some spots sagging probably due to the lack of adhesive.

While most of the paint issues are not exclusive to Teslas but can be found in a number of other new vehicles from other brands as well, finding that the paint is already peeling out of your hood or those dust particles that are too big for a simple correction is simply not acceptable.