The Renault Clio became Europe’s best-selling car for the month of February, passing the long-standing champion which is none other than the VW Golf.

However, it was a narrow win for the French supermini, which took the first place with 24,914 registrations over the VW Golf’s 24,735, according to data from JATO Dynamics. The latest generation of the Renault Clio benefited from being longer in the market than the new Golf, which has only recently arrived in dealers.

Both models however saw a decline in their numbers compared to last year, with the Clio being down by 4 percent and the Golf by 21 percent. Europe’s Top 10 also saw the Fiat Panda climbing into the fifth position, with a 10 percent increase in registrations and a complete absence of SUV models. 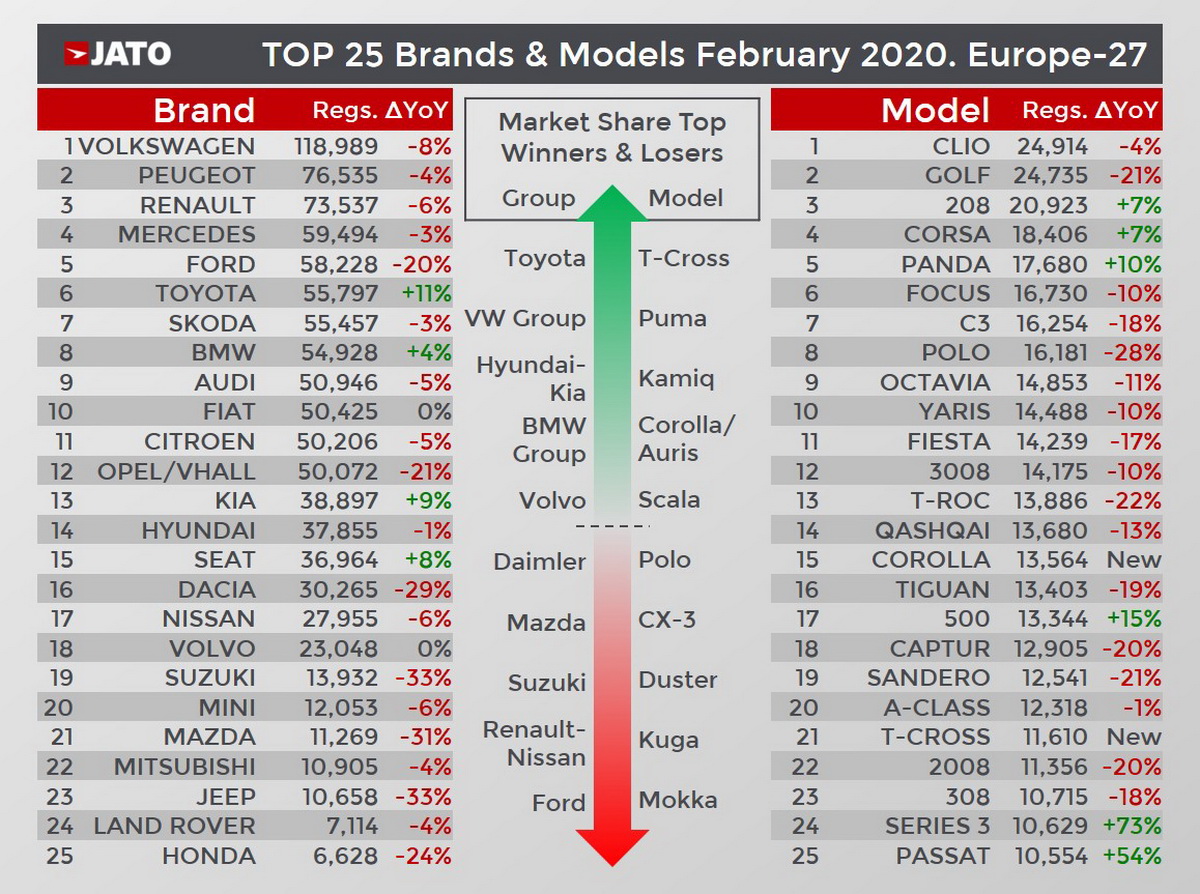 The only shining light in the current negative backdrop are the electrified new cars (which groups together hybrids, plug-in hybrids and all-electric models). Electrified models jumped from 75,400 registrations in February 2019 to 135,500 registrations in February 2020. In addition, the volume of EVs has more than doubled in Germany and France, while in Norway all-electric vehicles took a 75 percent share of its entire new car market.

“The situation is rapidly deteriorating in Europe due to complex regulation, lack of available homologated cars, and increasing pressure on the economy,” said Felipe Munoz, global analyst at JATO Dynamics. “All of these factors are having a detrimental impact on consumer confidence.” The negative landscape is expected to become even worse according to JATO, as the data hasn’t revealed yet the impact of the coronavirus outbreak in the European market.