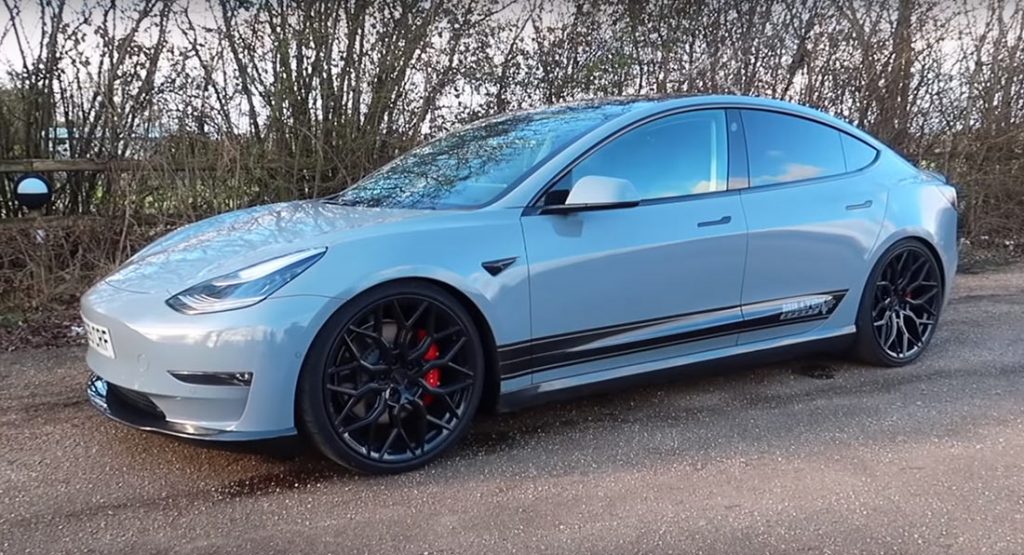 One of the most common complaints car enthusiasts have about electric vehicles is their lack of any kind of intoxicating engine sounds. Over in the UK, however, exhaust manufacturer Milltek Sport has developed a system for the Tesla Model 3 Performance that makes it sound like a supercar.

The system, featured in the video below, is known as the sound generator kit and doesn’t simply funnel fake engine sounds through the speakers. In fact, the exhaust specialist fits metal sound generators under the body of the Tesla that are operated through a smartphone application to produce fairly convincing exhaust sounds.

While only a handful of different exhaust sounds are available at the moment, the tuner is working on adding more in the future, including some futuristic Star Wars-esque sounds perhaps a little more fitting of an all-electric vehicle than a burbling V8.

Watch: Base Tesla Model 3: Here’s What You Get With The $35,000 Special-Order Version

We’re sure the full effect isn’t translated that well on camera but it certainly sounds intriguing and adds an interesting dimension to the Model 3 Performance.

The owner of the car says it is particularly interesting when he pulls up to traffic lights in the car as people don’t expect a Tesla to make the types of sounds this example does.

Clearly, this sound generator wouldn’t be for everyone as many people like how quiet EVs are. However, for those that think EVs lack a bit of emotion without a traditional engine sound, this solution could be perfect.