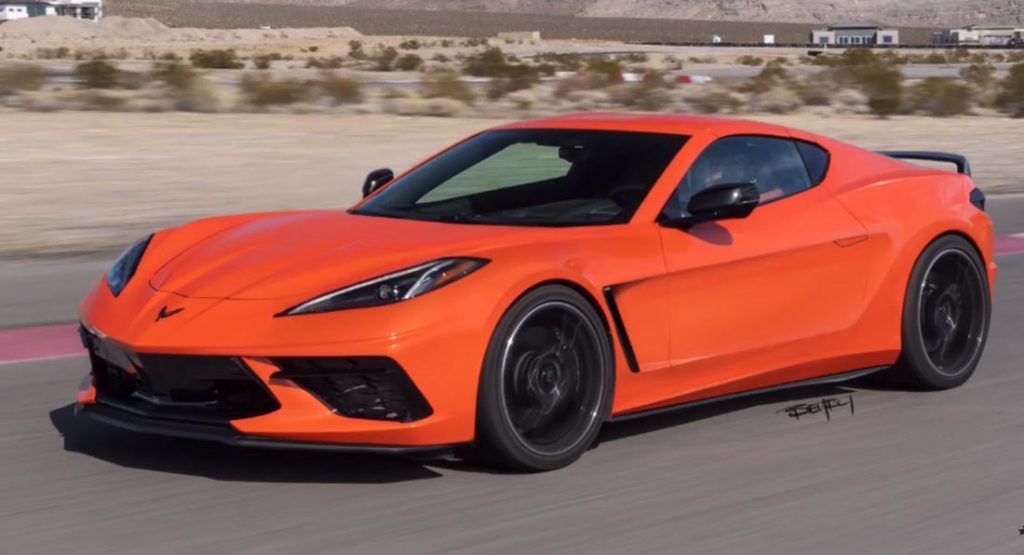 What would the C8 Corvette have looked like if it retained the front-engined layout of previous iterations? This rendering from TheSketchMonkey on YouTube shows just that and the results are quite nice.

Not everyone was sold on the exterior design of the new Corvette when it premiered in the middle of last year. As we’ve started to see customer cars get delivered, we’ve become rather fond of the aggressive looks and think it suits the personality of the best-performing Corvette Stingray model ever.

In creating a front-engined C8, TheSketchMonkey took a photo of a standard model and shifted the cabin of the car back by roughly 12-inches. This gives the vehicle the proportions of a front-engined sports car with a long hood and a short rear decklid, drastically different than the real-life C8. The designer mentions that he isn’t a huge fan of the new Corvette’s design and believes it is too complex so in addition to altering its proportions, he looked to simplifying a number of styling elements, particularly the body lines running down the sides.

When it’s all said and done, the front-engined C8 presented looks good although we’re not convinced it looks better than the C7, due to its softer and less aggressive lines.

In an ideal world, would have you liked the new Corvette to have been front-engined or have you been won over by the mid-engined configuration?