Were you in the market for a new pet project to take care of on weekends or perhaps cure some of those isolation blues? This 1973 Chevrolet Camaro could tick your boxes as long as you’re into rare editions and don’t mind the so-called ‘opera windows’.

What’s that, you ask? They’re small windows on the C-Pillars that first made their appearance in the 1930s and again briefly in the 1950s before becoming a crazy design fad in the 1970s when they appeared in all sorts of shapes and styles from Lincoln Continental to Dodge Charger coupes. You can see a more comprehensive list of cars with ‘opera windows’ over at Wikipedia.

Back to the Camaro, advertised on eBay for a ‘buy it now’ price of $15,500, the classic muscle car is all-original. According to the Los Angeles vendor, it still has the original panels and despite being almost half a century old, it has no rust issues.

The classic second-gen Camaro, with a claimed 126,000 miles (202,777 km) on the odometer, is far from being perfect though, as there are some visible dents and scratches. It wears a typical 1970’s shade of green paint on the outside, with a black vinyl top, green leather interior and features the rare opera windows. 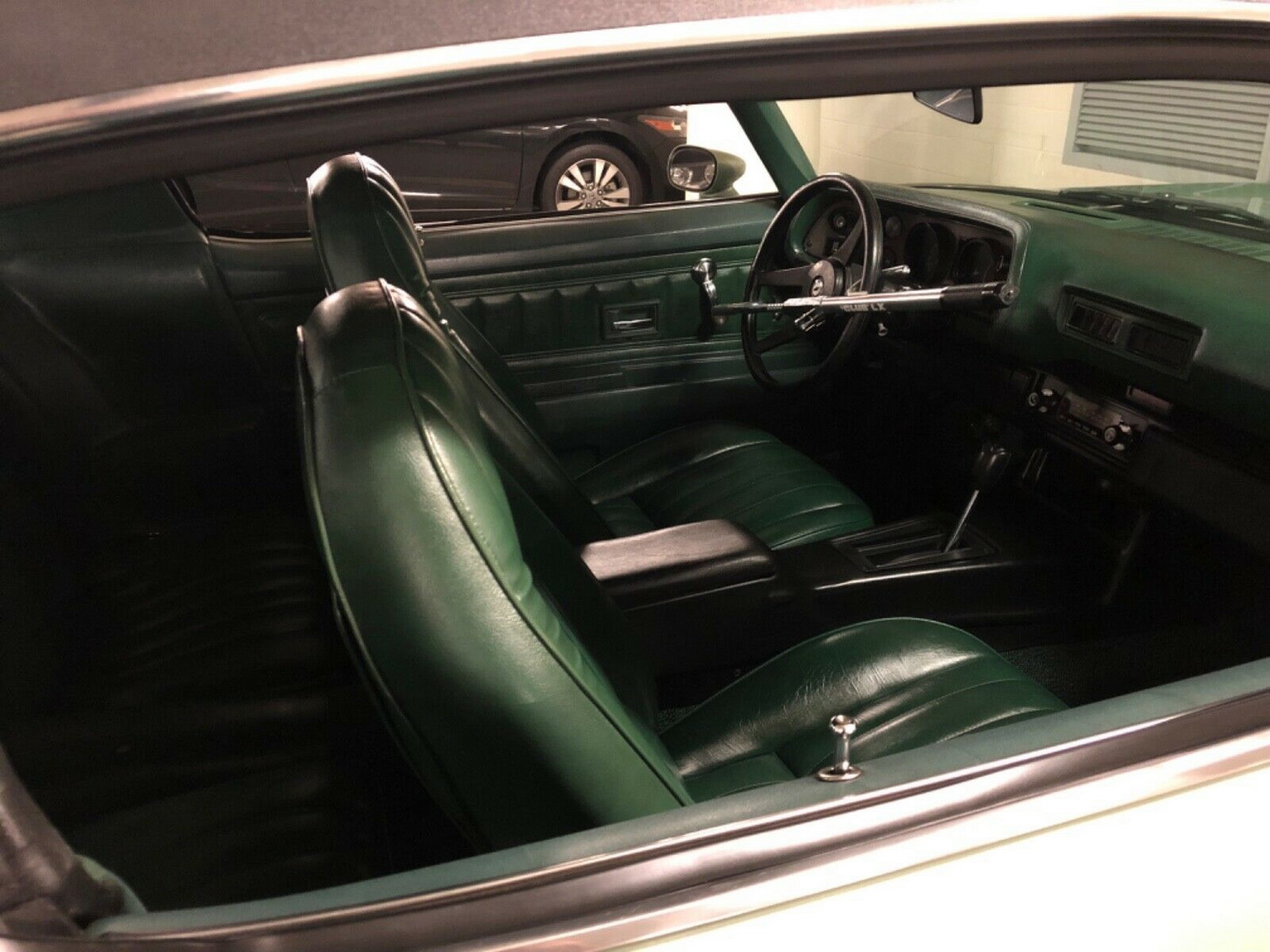 Unless its future owner wants to fully restore it, they won’t have to worry about some of the mechanicals, according to the seller. The car has new oil and filter, fuel pump, spark plugs, ignition wires and battery, and was recently serviced. The lights are claimed to be in good condition and so are the power steering and power brakes, but while the air conditioning may blow air, it’s not cold.

As the 350 cu-ft engine starts up instantly, as noted in the ad, the car is ready to hit the road, but don’t expect to break any speed records, as the V8 only made 145 horsepower in the base version back in the day, and some of those horses have jumped the fence since then. Other versions of eight-cylinder unit available were producing 175 HP and 245 HP.