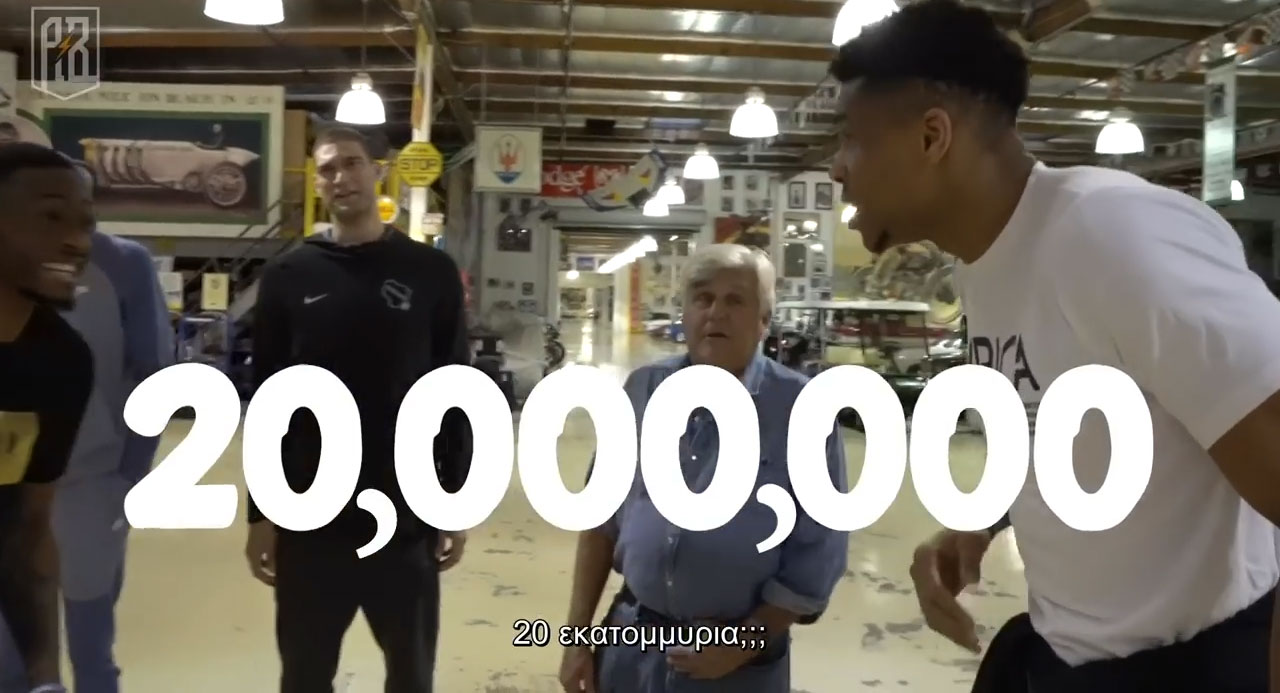 It’s not every day you get to impress an NBA star with your car collection, but if there’s one person who can do it, it’s Jay Leno, who owns a surreal number of iconic and modern day classics, some of them worth tens of millions of dollars.

Giannis Antetokounmpo, who goes by the nickname “The Greek Freak”, stopped by Leno’s garage a few weeks back, just before his Milwaukee Bucks team had to play the Los Angeles Lakers. The reigning NBA MVP was there with his brothers and some of his teammates.

All Antetokounmpo brothers play in the NBA. Giannis’ brother Thanasis also plays for the Bucks, while Kostas is actually with the LA Lakers, although he doesn’t get much playing time.

The trio were joined inside Leno’s garage by two other Bucks players in Center Brook Lopez and Forward Ersan Ilyasova. The players started the tour by checking out Leno’s classic Lamborghini exhibit, with Thanasis and Lopez (all 7 feet of him) both climbing inside an Espada.

Of course, it wasn’t until they came across Leno’s McLaren F1 that their minds were blown by the actual value of the car. While the former Late Night TV host couldn’t give them an exact figure, he did mention that the last LM-Spec McLaren F1 sold for nearly $20 million ($19,805,000 to be precise).

However, if we were to guess, we’d say that Leno’s F1 wouldn’t fetch quite as much because it doesn’t appear to have the high-downforce body kit, among other LM-Spec mods.