The second-generation BMW 7 Series (E32) consolidated the nameplate’s position as a worthy rival for the Mercedes-Benz S-Class.

Built between 1986 and 1994, it combined timeless BMW styling (signed by Ercole Spada) with straight-six, V8 and V12 power plants as well as state-of-the-art technology. Features introduced by the E32 for the first time on a BMW included Electronic Damper Control, traction control, and dual-zone climate control.

While fast, comfortable and fun to drive on the road, it was rubbish off-road because, well, BMW never intended it to go off the beaten track in the first place. It didn’t even offer all-wheel drive; the first 7 Series to get xDrive came much later – the F01 in 2009. 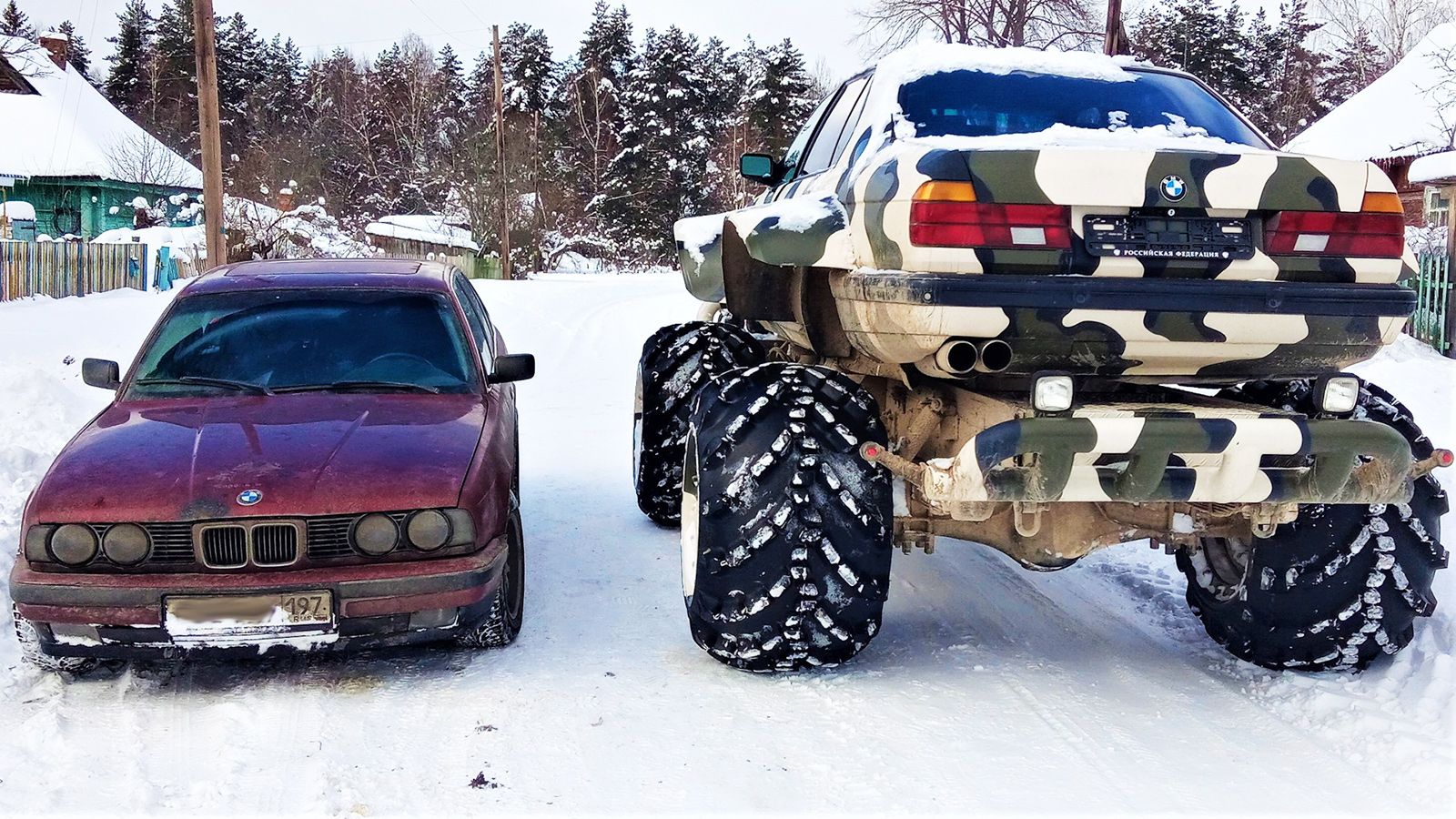 Despite all of the above, a Russian guy decided the BMW 7 Series E32 had plenty of potential to make it as a rugged off-roader. It just needed some help and the owner somehow arrived at the conclusion that the chassis of the legendary GAZ-66 4×4 military truck would be a perfect base for the 750i E32’s body.

Imagine the huge amount of work, ingenuity and dedication necessary to marry the truck chassis with the 7 Series bodywork. There aren’t many specific details available but the idea for the Valkyrie 766 (that’s the vehicle’s official name) was born in 2010. Given the unique nature of this project, everything was custom built in order to make things work.

The result is probably the world’s only BMW 7 Series E32 that features four-wheel drive, self-locking differentials on both axles, and monster truck-levels of ground clearance. Factor in the massive off-road tires, bull bar and winch, and there’s little nature has to offer that can get in the way of the Valkyrie 766. Power (about 300 HP) is said to come from a 5.0-liter V8 which means the original V12 engine the 750i had was replaced and probably used on another wacky project.

The cool thing about this Bigfoot BMW is one can tackle challenging terrains in the comfort of a 7 Series’ cabin. If you’re in Russia or plan to visit the country, you should know you can rent the Valkyrie 766 for off-road tours. Prices start from 6,500 rubles ($85) to drive this automotive Frankenstein for 2 hours.