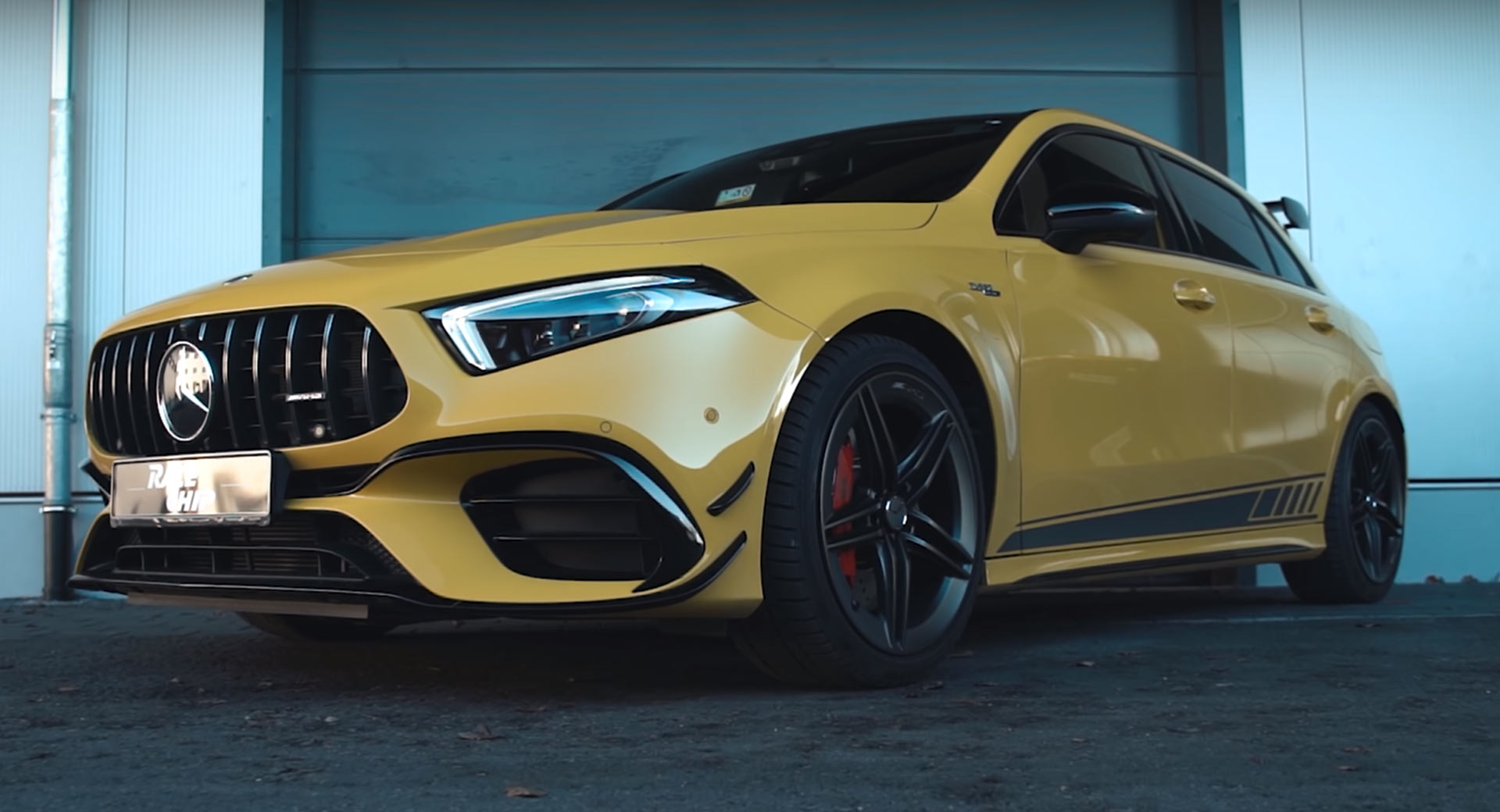 The Mercedes-AMG A 45 S leaves the factory with a 2.0-liter turbocharged four-cylinder with no less than 416 hp, making the hot hatch blisteringly quick.

However, for those that need more power, German tuning company RaceChip offers various upgrade packages for the A 45 S and the video below offers a review of one of these packages. The A 45 S in question has been modified to churn out 484 hp and 399 lb-ft (541 Nm) of torque at the flywheel, which translates to 400 hp at all four wheels.

Off the line, the car looks like an absolute weapon and is capable of some seriously impressive in-gear acceleration with the ability to sprint from 62 mph (100 km/h) to 124 mph (200 km/h) in just 9.1 seconds, just over 1 second quicker than a stock example.

While that may not sound like that much, we’re sure the added grunt is really noticeable behind the wheel.

This isn’t even the craziest A 45 S out there as Renntech is working on a modified A 45 S that will churn out an extraordinary 592 hp. Such a figure will be achieved thanks to the installation of a new turbocharger, a bespoke exhaust system, and some engine software tuning. This car promises truly frightening levels of performance.

How much speed and performance do you need out of a hot hatch? If you told automakers back in the 90s that tuners would be creating near-600 hp hot hatches, they probably wouldn’t have believed you. But hey, if people want them, tuners will make them.