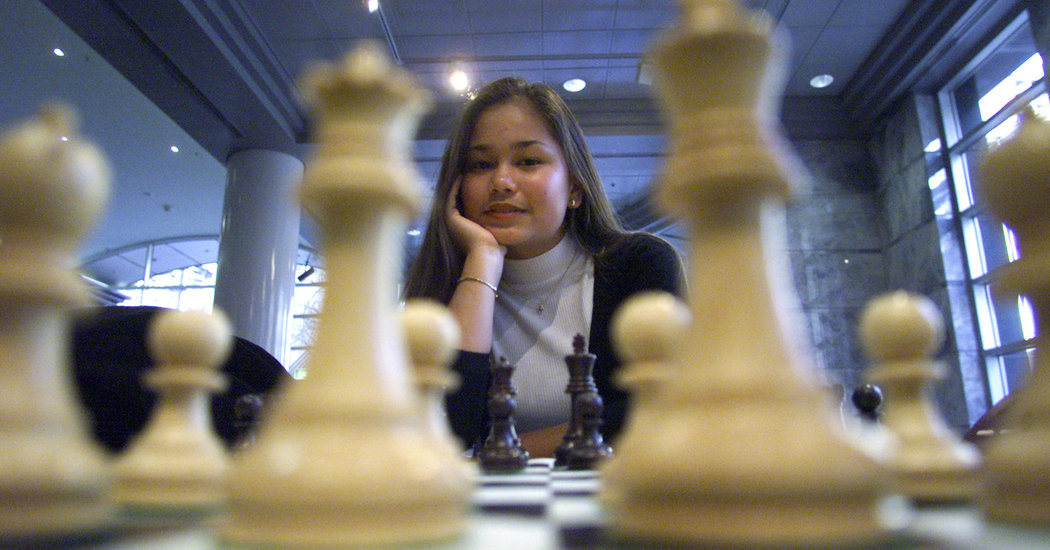 Arianne Caoili, a chess master and a prominent figure both in the chess world and in Armenia, where she lived, died on Monday in Yerevan, the country’s capital. She was 33.

Her husband, Levon Aronian, a grandmaster ranked No. 7 in the world, announced her death on Twitter. Ms. Caoili died two weeks after being seriously injured in a car crash.

In the insular world of chess, Ms. Caoili (pronounced kay-OH-lee), who had done some modeling when she young, stood out — not only for her talents as a player but also for the glamour she brought to what is often thought of as an unglamorous game.

After her death, condolences poured in from every top chess player in the world, including Magnus Carlsen, the world champion, and Garry Kasparov, the former world champion.

Nikol Pashinyan, Armenia’s prime minister, also offered condolences on his website. “Her memory,” he wrote, “will remain bright in the hearts of the Armenian people.”

Ms. Caoili’s first major international victory was in 2000, when she won the Asian Girls Under-16 Championship tournament in Bagac, the Philippines, on her 14th birthday. She went on to win the London Chess Classic Women’s Invitational in 2009 and, that same year, the Oceania Women’s Zonal, a qualifier for the world championship.

She played seven times in the Chess Olympiad, the game’s pre-eminent international team event. She represented her native Philippines in 1998 and 2000 and, after moving, represented Australia in 2004, 2006, 2008, 2010 and 2012. She was awarded the title women’s international master by the World Chess Federation, the game’s governing body.

She had done some modeling while living in Australia, and, in 2006 she was a contestant on the Australian version of “Dancing With the Stars.” She and her partner, the dancer and choreographer Carmelo Pizzino, finished second.

She was fluent in several languages and had studied for a Ph.D. in economics.

In recent years, she had concentrated on business more than on competing. When she was 29 she started Champord, a free weekly newspaper for commuters in Yerevan; the same year, she founded a consultancy firm called Akron, which focused on public policy, economics and sovereign wealth funds.

Ms. Caoili was also known for her charity work. In 2018, she raised $6,100 for children’s education by riding a bicycle nearly 1,900 kilometers (about 1,180 miles) over a period of two weeks from Ayas, Turkey, to Agarak, a village on the Armenian-Iranian border.

Arianne Bo Caoili was born on Dec. 22, 1986, in Manila, the second daughter of a Dutch mother and a Filipino father who was a minister. In 1989 the family moved to Australia, where she learned to play chess at age 6.

She and Mr. Aronian first met in 1996 at the World Youth Chess Championship in Las Palmas, Spain; they married in 2017 in Armenia, where she had moved in 2013. Among the 300 guests at their wedding was Serzh Sargsyan, then the president of Armenia.

Complete information on survivors was not immediately available.