The new Renault Megane RS Trophy-R was set loose at the Sachsenring in Saxony, Germany, attacking corners at full pace and lapping it in 1:37.57.

Watch: The $88,480 Renault Megane R.S. Trophy-R Is Ridiculously Expensive, But Is It Worth It?

Further up, the indisputable hot hatch king, the 421 PS (415 HP / 310 kW) all-wheel drive Mercedes-AMG A45 S, posted a time of 1:35.74 and the new M2 Competition 1:35.67. Around 1:33-1:32 is the sweet spot for supercars, while the very best of them completed the run in under 1:30. Keep in mind that these are all unofficial lap times unrecognized by any automaker and obtained with more or less skillful drivers at the helm. 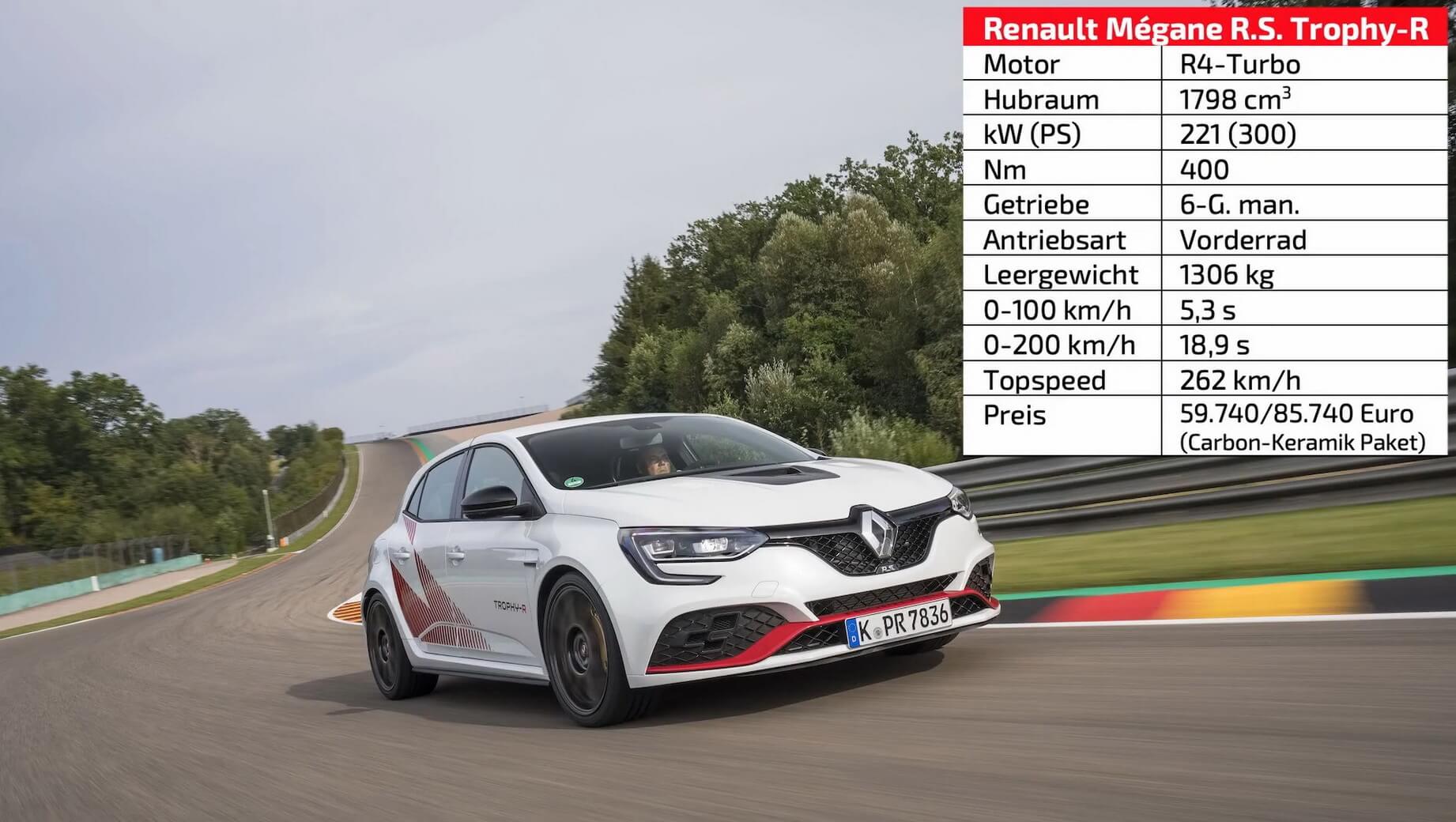 Presented last year as the range-topping member of the new-gen Megane range, slotting above the Megane RS and Megane RS Trophy, the Trophy-R is the official lap record holder for front-wheel drive production cars on several tracks, including the Nurburgring Nordschleife, Spa-Francorchamps, Suzuka and The Bend Motorsport Park. 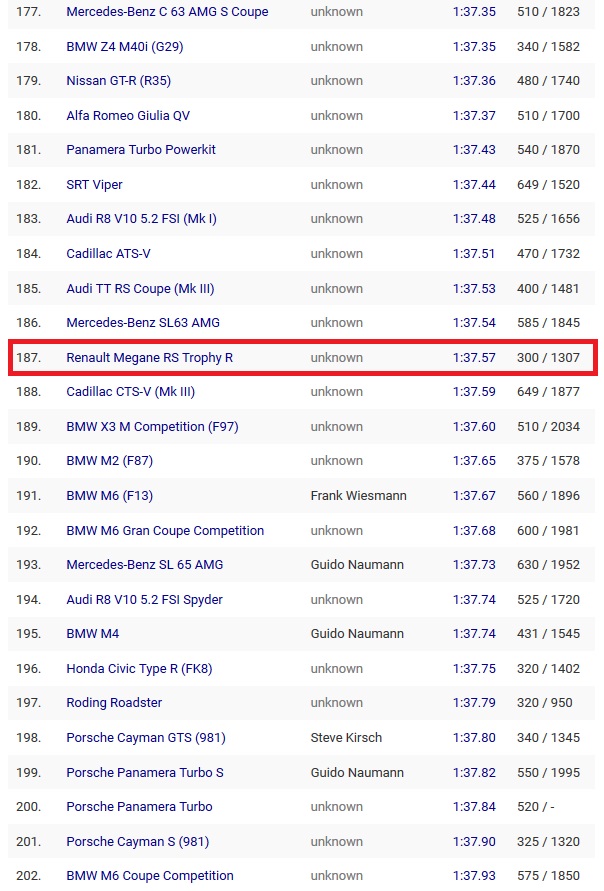