The Mercedes-Benz 600 (W100), or the Grosser Mercedes (German for Grand Mercedes) as it was also known, needs no long introduction.

Everyone who thought he was someone in the 1960s and 1970s had one, from heads of state and business tycoons to movie stars and music icons. Sold in short- and long-wheelbase versions (the latter with four or six doors), the 600 was hand built from 1963 to 1981 in a production run of only 2,677 units. The rarest of them all was the 600 Landaulet, of which only 59 were made.

The next-best thing to a Landaulet was the Pullman limousine and we found a unique one for sale at Holland’s Auto Leitner. Mind you, this 1975 Mercedes-Benz 600 Pullman looks pretty much like any other example of its kind from the outside. 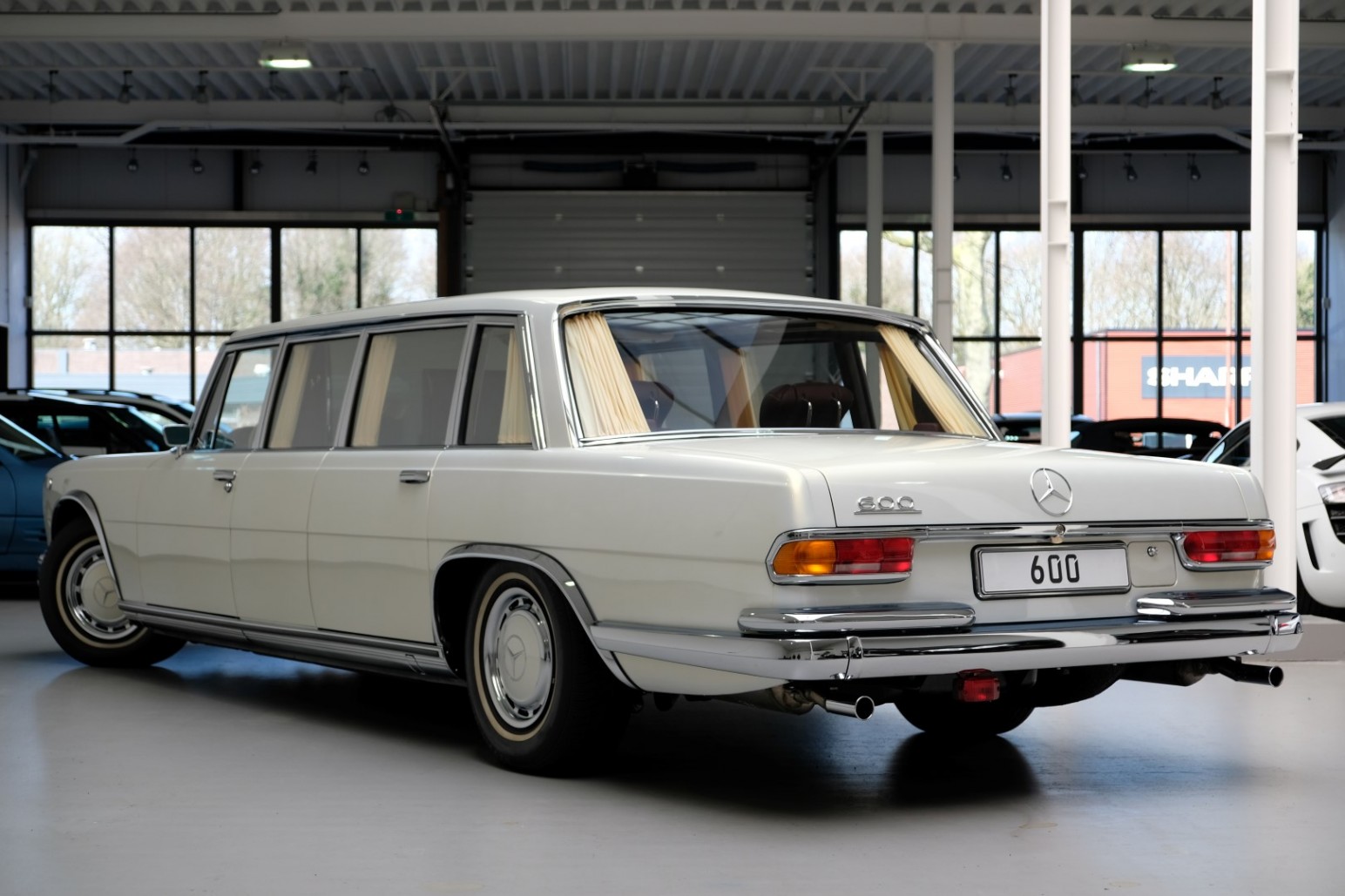 That’s until you notice the Perlmutt Weis (Mother of Pearl White) metallic paint, which was definitely not in the carmaker’s catalog at the time. It’s a pretty strong hint that the owner took the liberty of making some changes to the car.

A look inside makes things very clear as this 1975 Mercedes-Benz 600 Pullman has been upgraded with the creature comforts of a modern Maybach. Everything has been rebuilt inside, with several components sourced from the Maybach 62 limousine, such as the dimmable panoramic roof and roof instrument panel. The list of contemporary creature comforts present on board is obviously too long to cover here entirely. 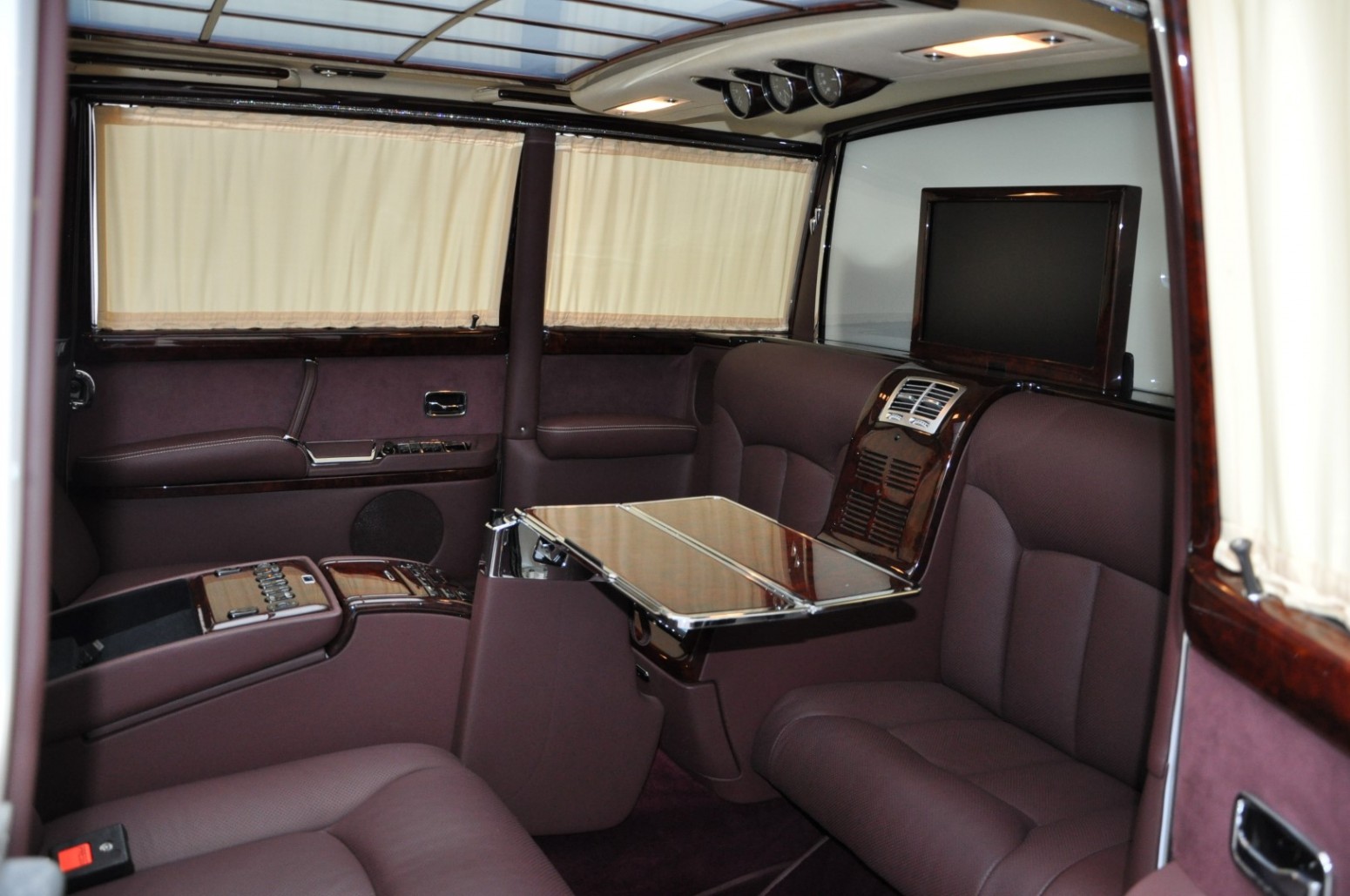 All these upgrades were made with particular care for preserving the classic car status and we think the builder did a fine job with it. That’s no surprise since the restoration and modernization were started in 2007 by Mercedes-Benz Classic in collaboration with Daimler AG’s development department.

The complete restoration of the 600 Pullman started in 2007. Seven years and €3,000,000 ($3.23 million) later, the Mercedes-Benz 600 Pullman Maybach was ready. In order to remain classified as a classic car, the original components of the W100 were preserved, including the gearbox and engine.