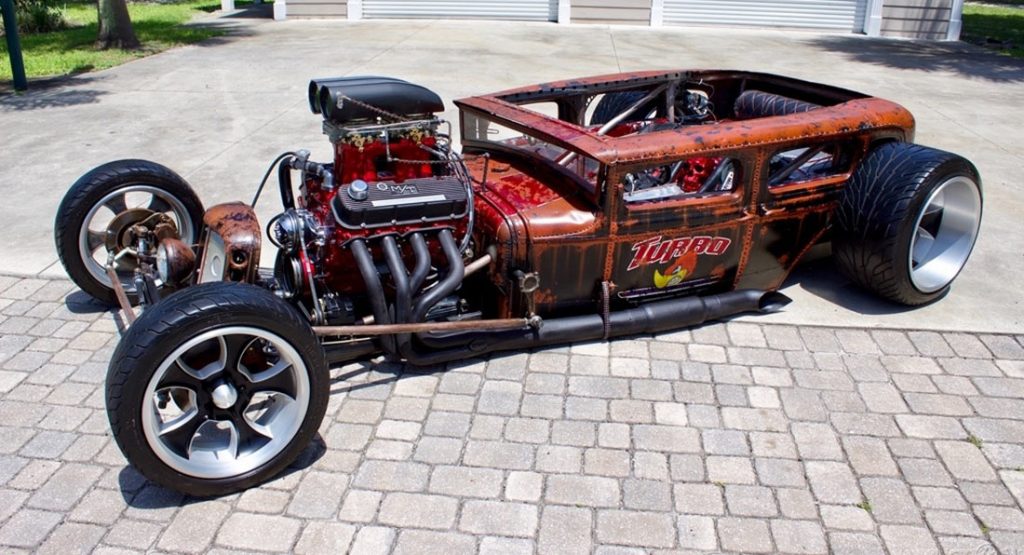 The custom built Ford Model A, dubbed ‘The Rat God,’ is part of the FSD Hot Rad Ranch owned by the Phelps family and is one of the most insane vehicles you’re ever likely to see. The Phelps family purchased the car shortly after it was shown to the world at the SEMA Show back in late 2018. It has been through a number of different iterations and was featured in an episode of Counting Cars back in 2015.

Watch Also: This Rat Rod Uses An Electric Motorbike’s Powertrain – And It’ll Light Up Its Rear Tires With Ease

The car started out life as a Ford Model A but has since been chopped, channeled, and stretched meaning virtually nothing from the original car has been maintained. The rat rod is so incredibly low that its body is barely any taller than the wheels! 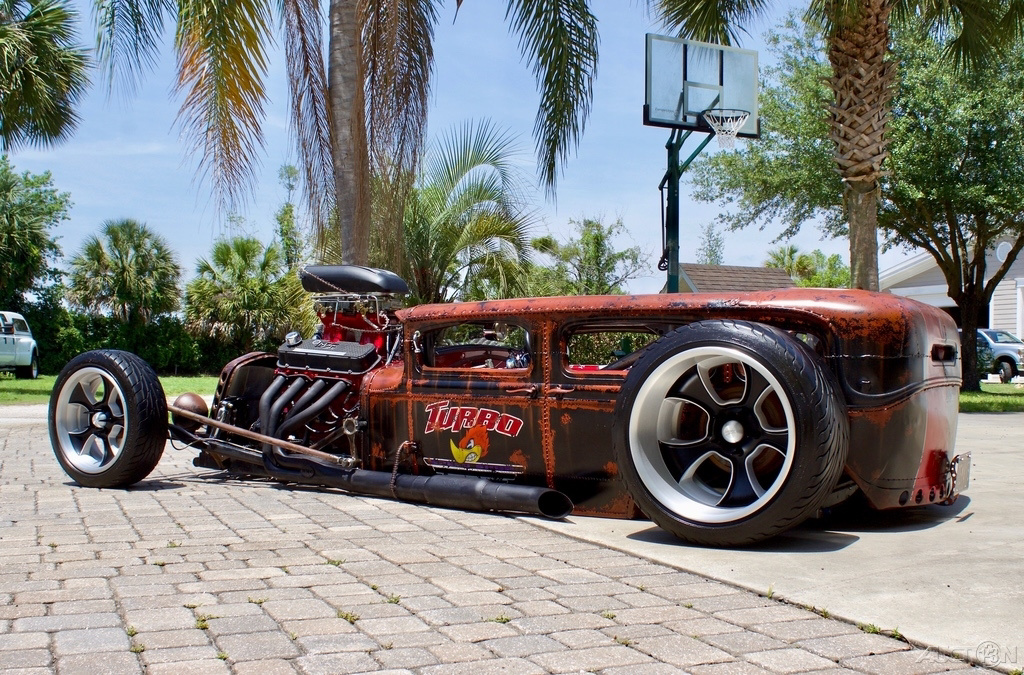 The exterior features a custom paint job that’s meant to make it look like the car is covered in rust. Then there’s the engine, a massive 7.4-liter Chevrolet V8 engine with dual carburetors and painted in a mixture of Candy Apple Red and black. There is also a Ford 9-inch rear end and a GM Turbo400 automatic transmission sending power to the rear wheels.

The ‘interior’ is completely custom and dominated by steel pipes and steel panels. There are a pair of low-slung leather seats and a three-spoke steering wheel.

What’s as, or even more remarkable than its appearance is the fact that it is actually street legal and registered in Las Vegas.