Hyundai stunned the automotive world back in 2015 with the Santa Cruz concept; a stylish crossover pickup truck that depicted an alternative approach to the more traditional body-on-frame trucks we’ve all become accustomed to.

Whilst years have since passed, the Seoul-based automaker is finally entering the Santa Cruz into production. With the visual assistance of spy shots and leaked body shell photos, we illustratively take the closest look yet at South Korea’s answer to the Honda Ridgeline. Let’s delve further…

Hyundai’s recent approach to automotive design has garnered wide praise. Not to rest on their laurels, the automaker has evolved their styling ethos with a sharper focus dubbed ‘Parametric Design’. So how does this translate to the Santa Cruz?

Well, unlike its more curvaceous conceptual forbearer, the production variant follows the tone set by the latest Elantra with sharper creases and planed surfaces. A striking example of this is the polygonal-shaped door panels with three lines that converge near the front door handles.

Read Also: Everything We Know About The 2022 Toyota Tundra

Elsewhere, the Santa Cruz employs utilitarian-effect plastic lower cladding and a bold front end. The grille pattern will change for production, however, the general front-end graphic will remain. A two-tone roof option ads dynamism, whilst the large bed is partially encapsulated by rakish c-pillars.

The Santa Cruz will utilise the same unibody platform and components as the Santa Fe crossover; a move that bodes well for driving refinement and occupant space. Whilst spies have yet to snap the interior uncovered, we hope for a cabin environment that’s more Palisade than Santa Fe, with a focus on practical luxury. 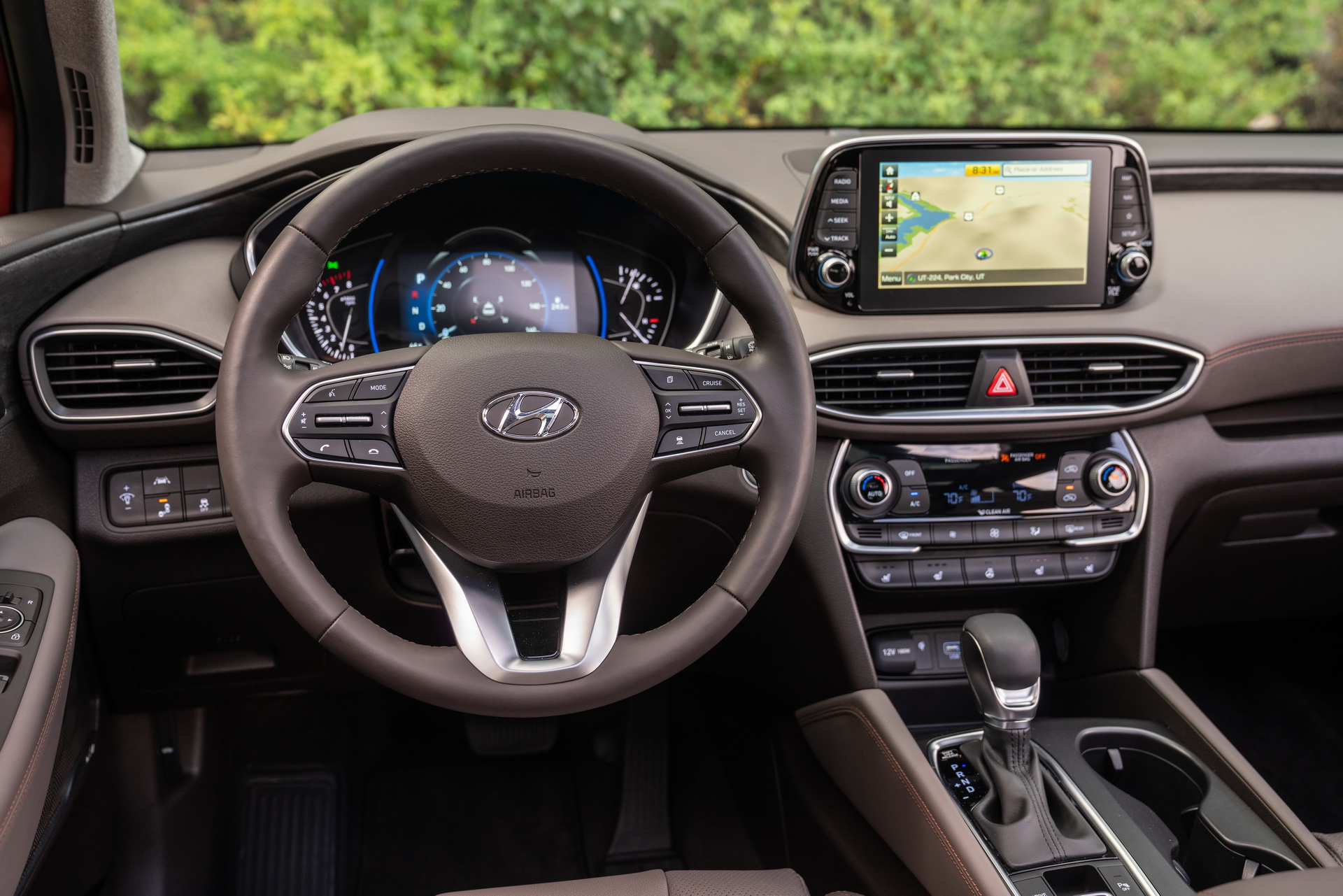 Powertrains (unconfirmed) will likely mirror that of the Santa Fe’s, which includes a 2.4-liter delivering 185 hp and 178 lb-ft (241 Nm) of torque and a turbocharged 2.0-liter good for 235 hp and 260 lb-ft (352 Nm) of torque. However, being that the Santa Fe is due for a revamp, we could see different powertrains either straight from the start, or perhaps after the first year. These could include a new hybrid variant, with a 2.0-litre four from the Sonata being the most likely candidate.

Power will be sent to the front wheels via an 8-speed automatic transmission, or through Hyundai’s HTRAC all-wheel-drive system as an option. 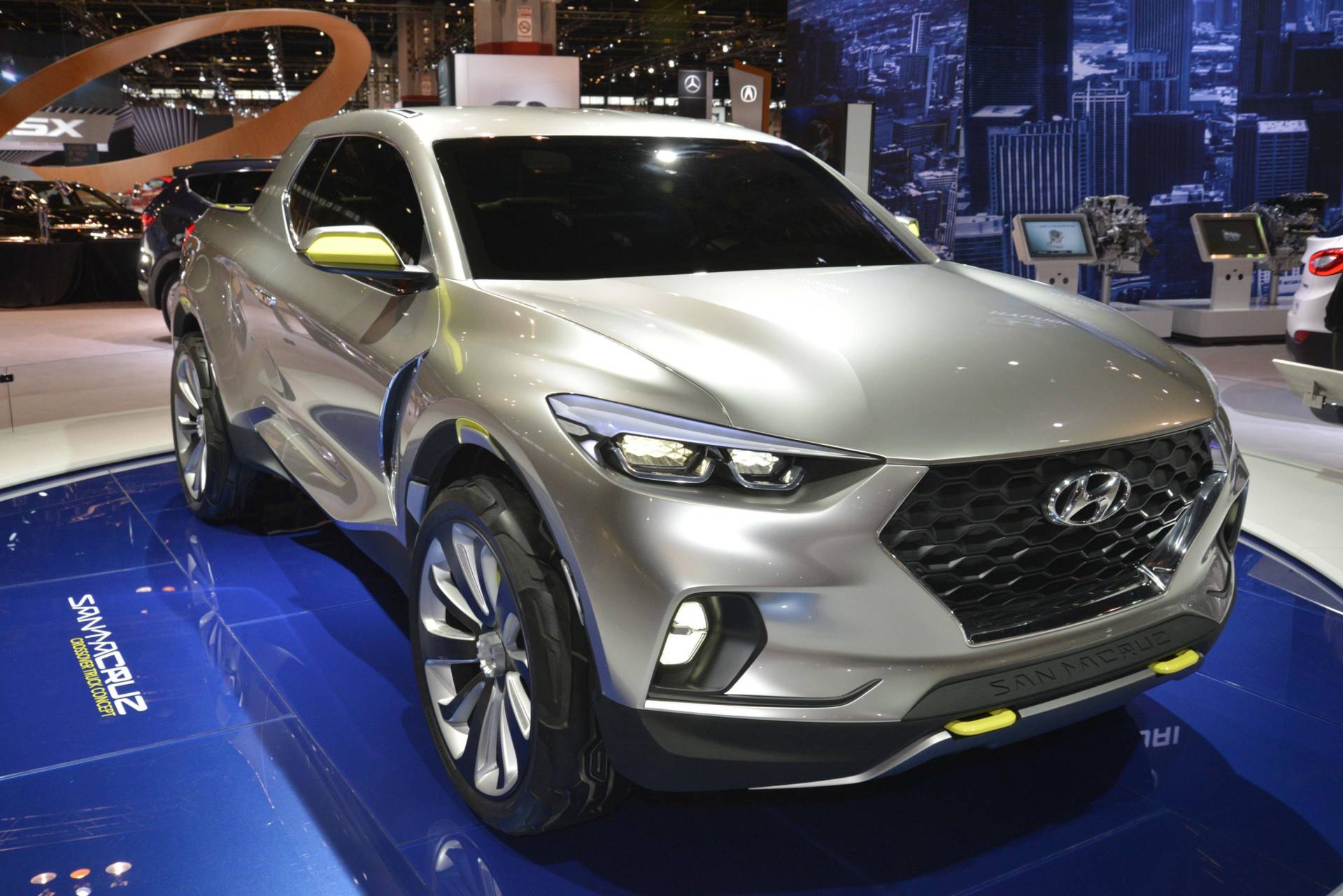 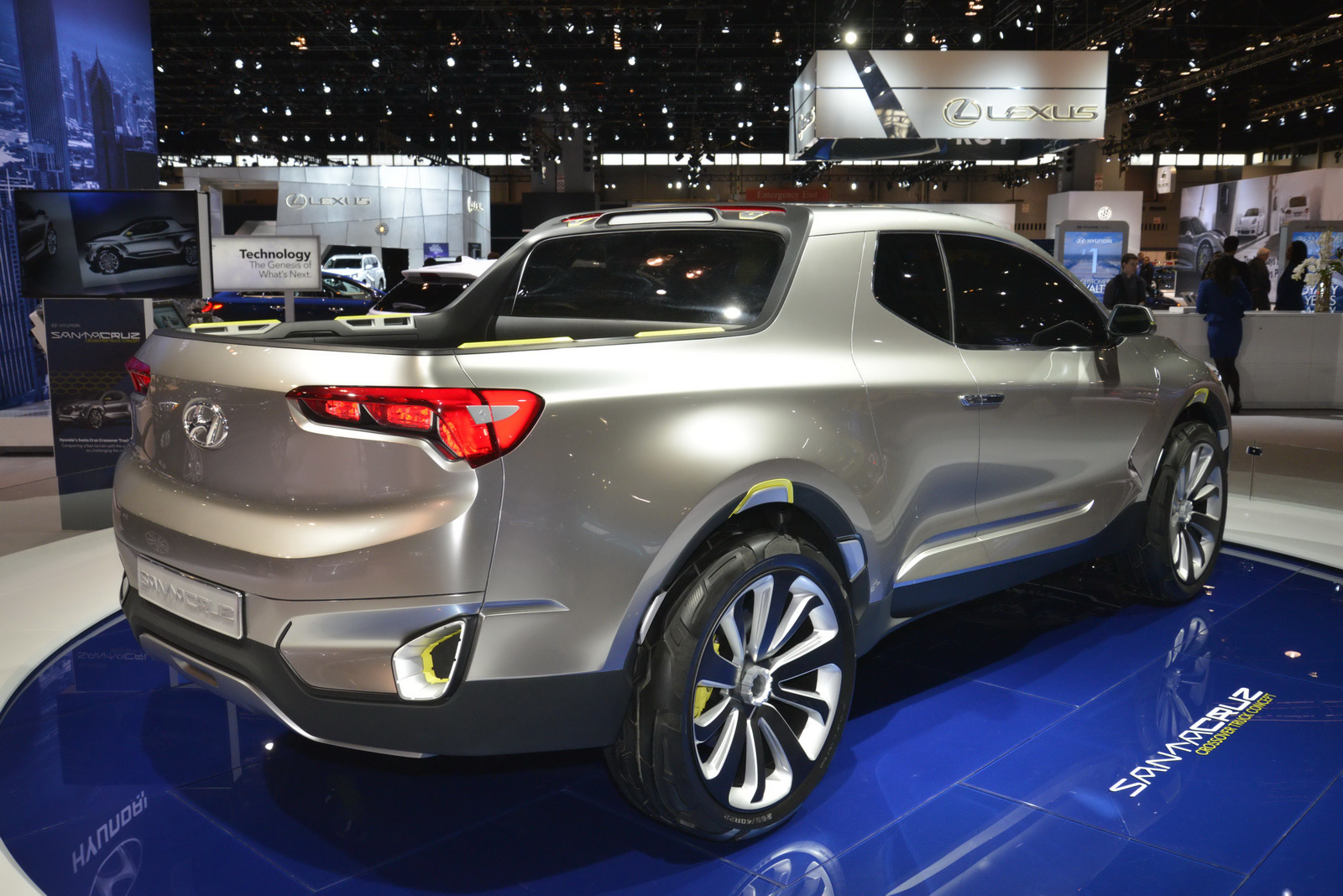 The aforementioned Honda Ridgeline is the Santa Cruz’s most direct competitor with its unibody construction. Others include more traditional body-on-frame rivals in the form of Ford’s Ranger, Chevrolet Colorado, Jeep Gladiator, Toyota Tacoma and Nissan’s ancient Frontier.

Hyundai will build the Santa Cruz alongside the Santa Fe and other models at its Alabama plant and is a USA-only offering. Expect a reveal later this year as a MY2021 offering.

We expect pricing to start from or around $30,000, though Hyundai, much like Genesis does these days, could come up with a very sparsely equipped entry-level model with a lower price for advertising purposes.

Would you consider the Santa Cruz over the mid-sized truck competition? Share your thoughts in the comments below.

Note: The illustration was made by CarScoops’ artist Josh Byrnes and is in no way related or endorsed by Hyundai