If you ever get the chance to ride in a Ferrari F40, even in the passenger’s seat, drop everything and jump right on it, as this is an icon that will outlive not only us, but probably the EV era and whatever comes after it.

The last Prancing Horse approved by Enzo Ferrari himself, the F40 entered production in 1987 as the successor of the 288 GTO. A mere 1,315 examples were made until 1992, and three years later, the saga continued with the F50, which was eventually succeeded by the Enzo in the early 2000s and the LaFerrari hybrid hypercar in 2013. 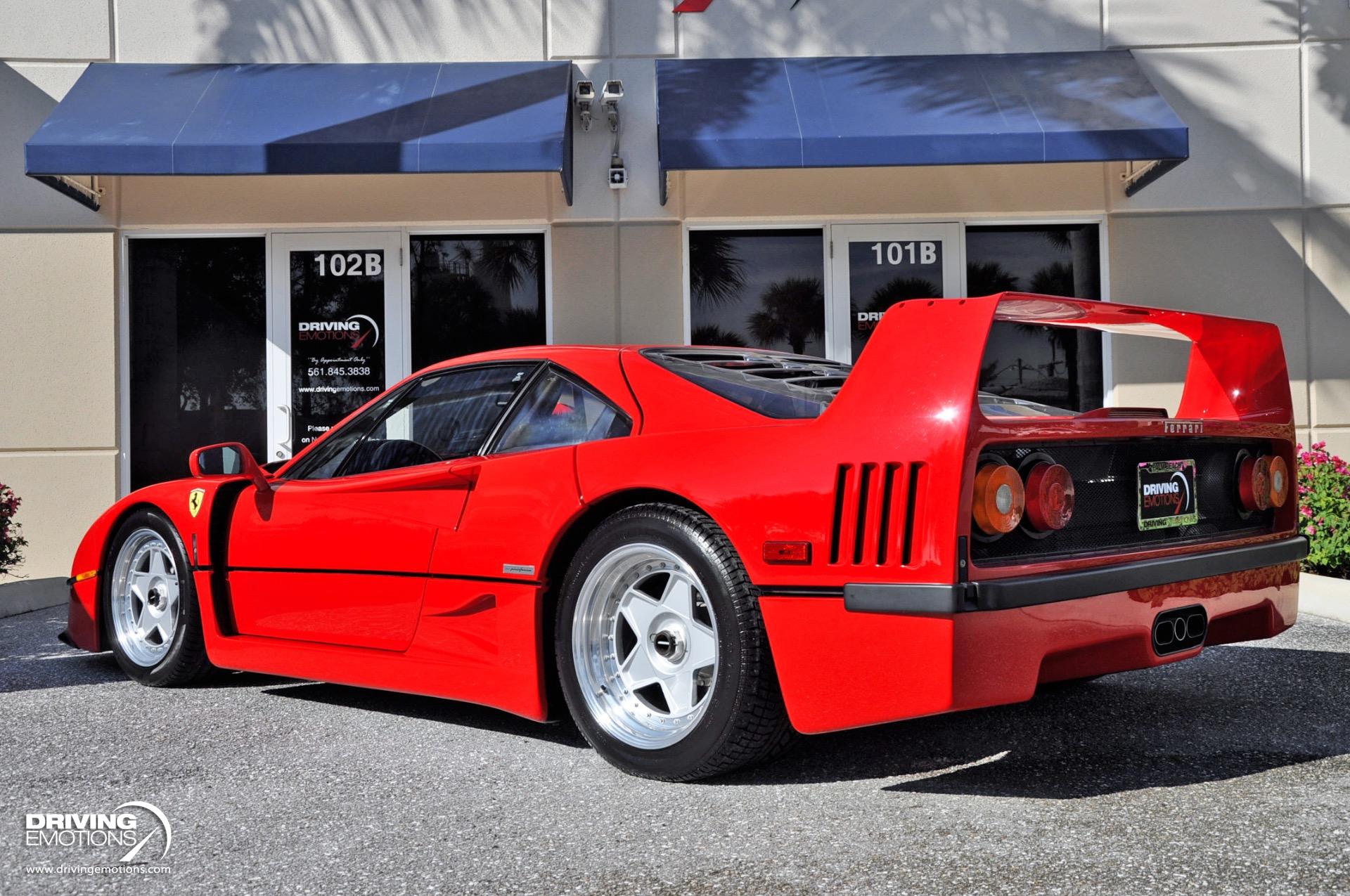 For a highly collectable limited production supercar, several F40s can be found on the used car market almost at any given time. However, not many of them can brag about having only 193 miles (311 km) on the clock like this 1992 example.

Advertised on DrivingEmotions, it’s located in Florida and is in top notch condition inside and out. The mechanicals look superb nearly 30 years after it left the factory floor, and it’s estimated to be 1 of 213 found in the U.S.

You will have to reach out to the vendor to find out how much it costs, but don’t expect anything less than a 7-digit number. Whoever gets to buy it will enjoy the magnificent 2.9-liter twin-turbo V8 that’s matched to a five-speed manual transmission which directs the 471 HP (478 PS / 351 kW) and 426 lb-ft lb-ft (577 Nm) of torque to the rear wheels.

Despite being developed in the 1980s it’s still very fast, even by today’s standards, with the 0-60 mph (0-96 km/h) taking just a touch over 4 seconds. Mind you, you won’t get the same thrills from a newer supercar, as the F40 lacks all electronic systems and comfort features, bar air conditioning, but who cares?