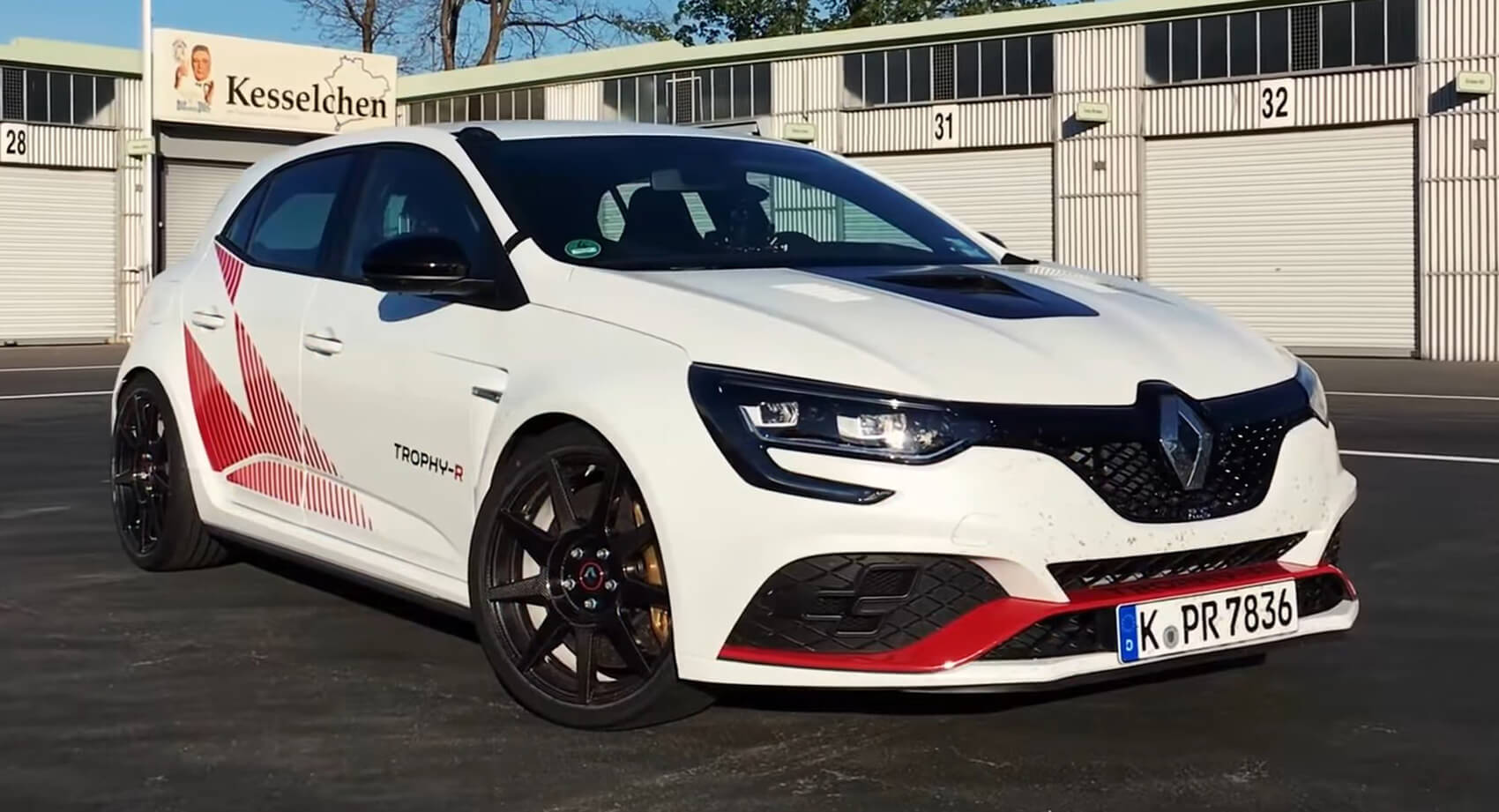 The 2020 Renault Megane RS Trophy-R returned to the crime scene, aka the Nurburgring Nordschleife in Germany, for yet another hot lap, although an unofficial one this time.

Sport Auto put Christian Gebhardt in the driver’s seat of the French hot hatch, and he managed to steer it across the finish line in 7:55.12. That’s 15 seconds slower than the official lap time (7:40.10) set by Laurent Hurgon last spring.

If this was an official run, the Megane RS Trophy-R would have come way behind the former FWD record holder on the ‘Ring, the Honda Civic Type R, which did a 7:43.8. It’s also slower than the 7:47.19 posted by the Volkswagen Golf GTI Clubsport S almost four years ago.

We’re assuming that Sport Auto will explain in its latest issue (we haven’t read it) why there’s such a notable difference between the two lap times, but on YouTube, users have come up with all sorts of explanations. These range from perfectly ideal conditions and a driver who has the most time and experience behind the wheel of the Trophy-R for the official lap time, to your usual conspiratorial theories.

You can compare the two laps in the following videos – the first is the latest from Sport Auto, and the second, the official run from Renault:

Officially, in addition to the Nordschleife, the purest version of the new generation Megane RS lineup holds the lap record for front-wheel drive production cars on other tracks, including the Spa-Francorchamps in Belgium, Suzuka in Japan and The Bend Motorsport Park in Australia.

Renaultsport built up the hype by limiting the production run to only 500 units worldwide. While dropping the regular model’s four-wheel steering, larger infotainment system and other features, it gets a carbon fiber rear diffuser and optional carbon wheels, and boasts revised suspension and improved aerodynamics. The total weight savings add up to 286 pounds (130 kg), so it now tips the scales at 2,879 lbs (1,306 kg).

Despite sitting at the top of the FWD hot hatch food chain, the Megane RS Trophy-R maintains the same engine as the Megane RS Trophy. This means that the 1.8 turbocharged four-pot kicks out 296 HP (300 PS / 221 kW), delivered to the front wheels via a six-speed manual transmission.