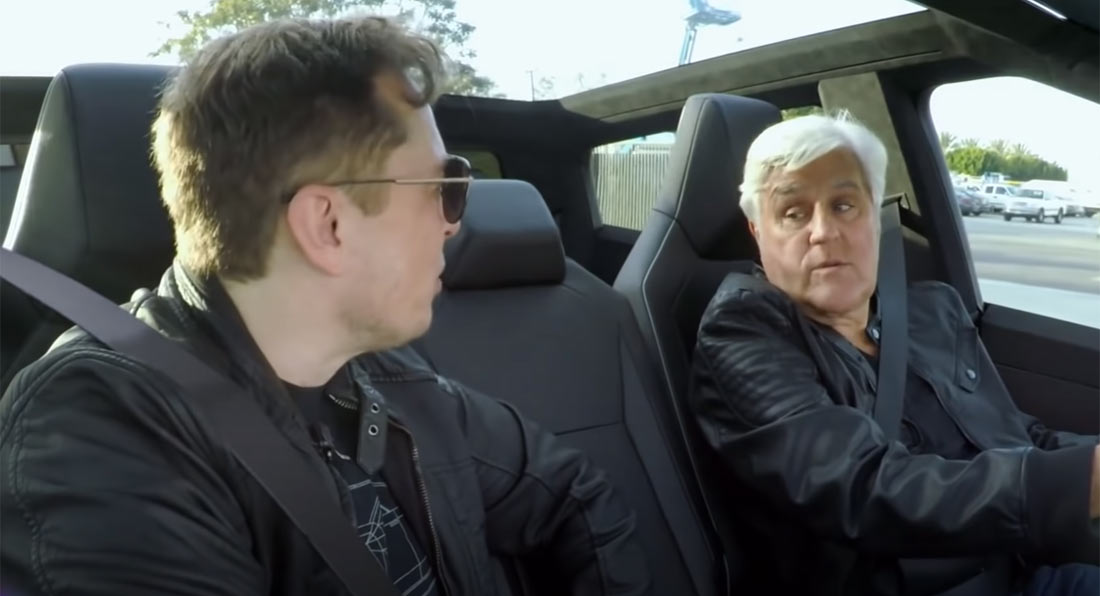 The full episode of Jay Leno’s Garage on CNBC featuring the Tesla Cybertruck and Elon Musk will premiere this Wednesday at 10 P.M Eastern, and a teaser featuring a portion of the Cybertruck review was released on YouTube.

With Leno behind the wheel and Musk in the passenger’s seat, the two first discuss what changes will be made to the Cybertruck when it reaches the production line. Musk says Tesla intentionally avoids releasing wild concept cars and subsequently launching much more tame production models and wants its show cars to accurately preview what the final product will look like

Read Also: Musk Says Tesla Cybertruck Will Have “Baja” Suspension And Even The Ability To “Float”

For the Cybertruck, Musk says the overall proportions of the EV will shrink by 5 per cent to ensure it can fit in a normal garage. He also adds Tesla will make a number of changes to small details throughout the car, but doesn’t go into too much detail, other than saying that visibility will be improved.

Musk adds that the finished production car will retain the armored glass of the show car as well as the stainless steel body that is bulletproof to shots from an ordinary handgun. Leno queries why it’s important for the Cybertruck to be armored, with Musk simply stating that it is “badass” and “super cool.”

Towards the end of the Cybertruck preview, Musk and Leno take the Cybertruck through The Boring Company’s test tunnel under Los Angeles, but unfortunately, the clip ends there, meaning we’ll have to wait until Wednesday to see if the Cybertruck actually fits through the tunnel.

The teaser also features Leno catching a ride, or rather a flight, in an LA County Fire department helicopter and riding shotgun in a special, 570 HP Corvette that’s been modified to set a speed record with an unassisted blind man at the helm.